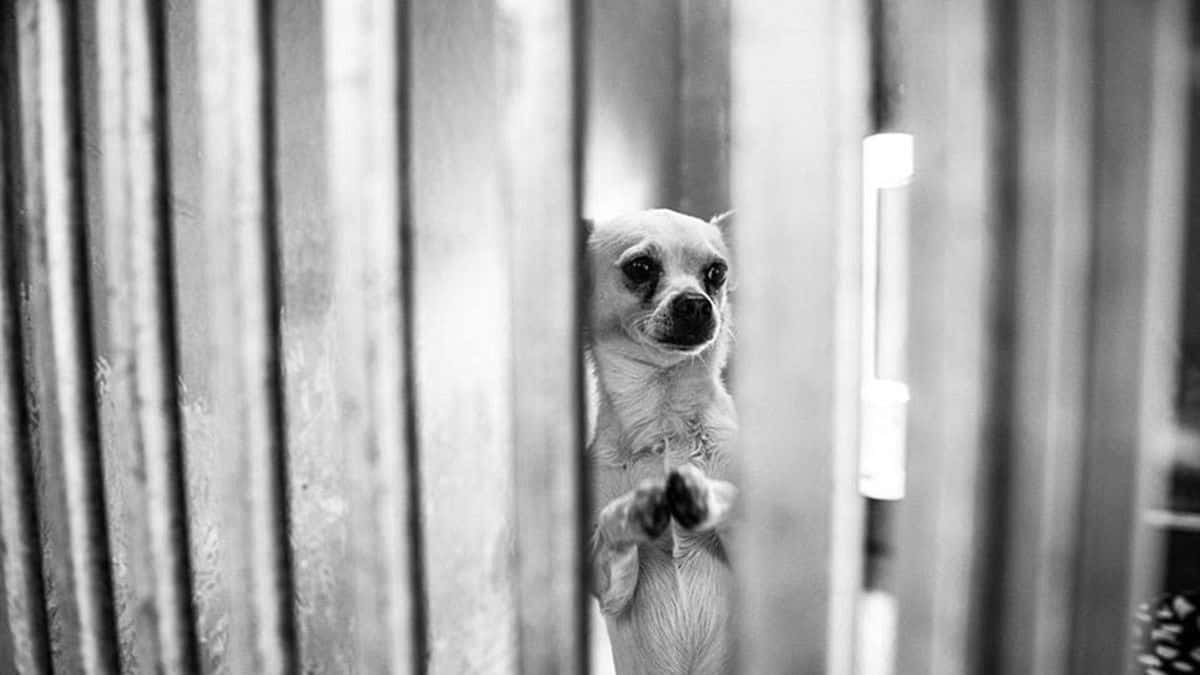 These heartbreaking images went viral when posted online and gave the little dog another chance at a happy life.

This adorable Chihuahua is enough to melt anyone’s heart – and he became a viral star when he shared his photographs online.

The beautiful heartbreaking pup snapped as he seemed to pray for help. His front paws pressed together in a ‘begging’ gesticulation.

John wrote an emotional and poetic post about the pup, in the Baldwin Park Animal Shelter, California, on Facebook and shared the black and white pictures which showed the puppy in his cutest pose:

Canine: They found the dog alone in a car park and brought into the high-kill shelter ( Image: John Hwang)

“He stood on his hind legs and clasped his front paws together.

Up and down, up and down, he shook his paws towards anyone that came by, as if pleading, begging for his freedom.

In his concrete confinement, he paced back and forth restlessly. He squeezed his face through the fence, taking in a deep breath of the vibrant world he can no longer be a part of.”

John’s friend Rose Gallardo helped an animal control officer to rescue the dog from a McDonald’s parking lot in Los Angeles and told John about him.

A non-profit organization called Doggy Smiles Rescue has since picked the pup up, and dozens have quickly offered to adopt the puppy.

“I want to adopt this boy… And, I can give him a great home,” one woman wrote on Facebook. “I was so sleepless [worrying] about him at the shelter.”