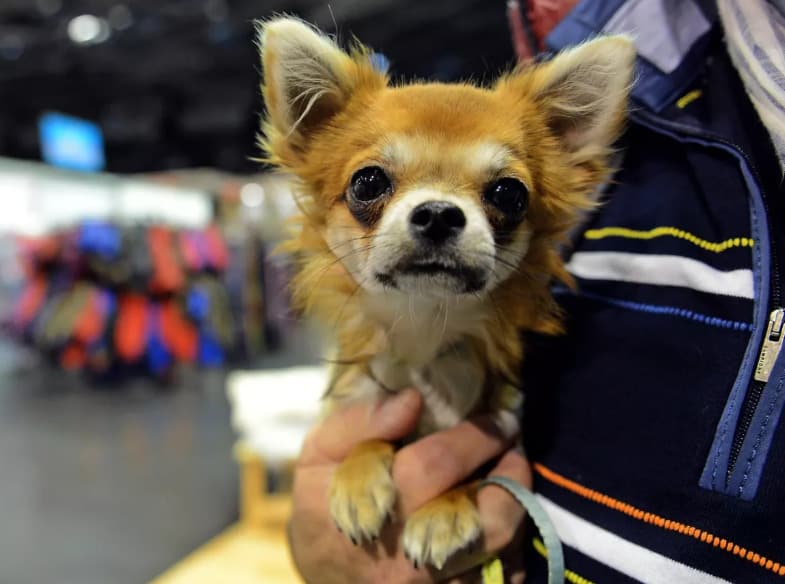 In other words, dogs come by chasing ducks and squirrels and cars and tennis balls quite naturally. And how do the scientists know this?

Why, they took a page from “Jurassic Park,” of course (minus the T. Rex): “In research published Thursday in the journal Science, evolutionary biologists analyzed the mitochondrial genomes of 18 ancient dogs and wolves. Then they compared them with an array of modern counterparts and even a few coyotes.

Thursday was an actual dog day afternoon, as scientists announced they had — perhaps — finally solved the riddle of the origin of domesticated dogs. As my colleague, Monte Morin explains: “Dogs evolved from a now extinct species of European wolves that followed bands of nomadic or semi-nomadic humans who were hunting woolly mammoths and other large prey.”

“The authors concluded that dog domestication most likely occurred in Ice Age Europe, between 18,800 and 32,100 years ago — much earlier, and much farther north, than previously believed.”

OK, that sounds scientific enough to me. With the possible exception of the O.J. Simpson jurors, most agree that DNA testing can prove stuff. (Apparently, it also can confirm many of us are part Neanderthal, but that’s for another post.)

Also, as anyone who owns or has seen a German shepherd would admit, the dog-wolves link appears pretty solid.

That’s right, those skinny little yipping wonders that celebrities tote around in their purses. The ones way down there by your ankles. Nervous types (at that size, who wouldn’t be, I guess).

So, what happened? I’m down with evolution — no intelligent design for me, o’ brother — but really: Do you see a wolf in chihuahuas’ cloning?

True, chihuahuas aren’t the only shaky limb on a wolf-dogs evolutionary tree: Think dachshunds, for instance, or shar peis. But if you look close enough into those breeds’ eyes, I swear you can see a hint of White Fang peering back at you.

Anyway, I’m not alone in my skepticism. No less than Charles Darwin is with me (or would be if he weren’t dead). As Morin explains: “Darwin himself believed that the dizzying variety of existing dog breeds argued strongly that dogs must have had more than one wild ancestor.”

Scientists now say no. The report in Science says no. They dismiss the father of evolution and me with a wave of their electron microscopes.

But I’m not sold. I may not have science, but I’ve got eyes.

If chihuahuas are descended from wolves, then I’m a monkey’s uncle.