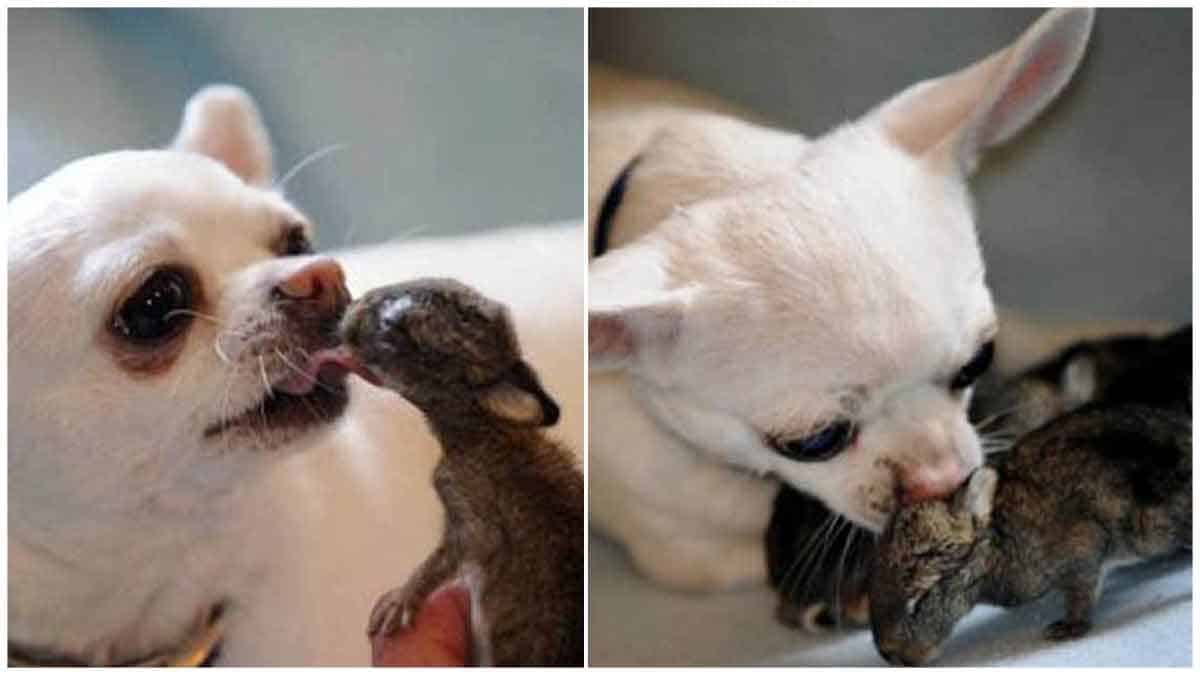 At just three days old and barely big enough to stand on its own, this adorable baby rabbit needs all the help it can get. Thankfully, a Chihuahua adopted them and gave them another shot at life.

And after being found abandoned on a compost heap, the outlook didn’t look good for the litter of five wild baby bunnies.

But things are looking up for the tiny creatures. That’s after they found an unlikely father figure in the shape of Mitch the male chihuahua.

Keeping clean: Mitch the Chihuahua chewed everything he saw but has now adopted the litter of five baby rabbits

The baby rabbits are now being hand-reared at Capricorn Animal Rescue in Padeswood, North Wales. They did so with the help of their new surrogate father.

Mitch himself, a two-year-old white chihuahua, had been at the center since he was six months old. That’s because he chews everything around him – except baby rabbits.

Staff at the rescue center are looking after the babies by feeding them milk. Meanwhile, Mitch carefully grooms each of them like a true caring dad.

Sheila Stewart, owner of the rescue center, said: ‘A man brought the litter in along with their nest after he found them when he moved a compost heap.

‘They are tiny and I am feeding them every few hours with milk through a syringe.

‘After I’ve finished feeding them, Mitch comes along and washes and grooms each one.

‘He seems to have adopted them.’