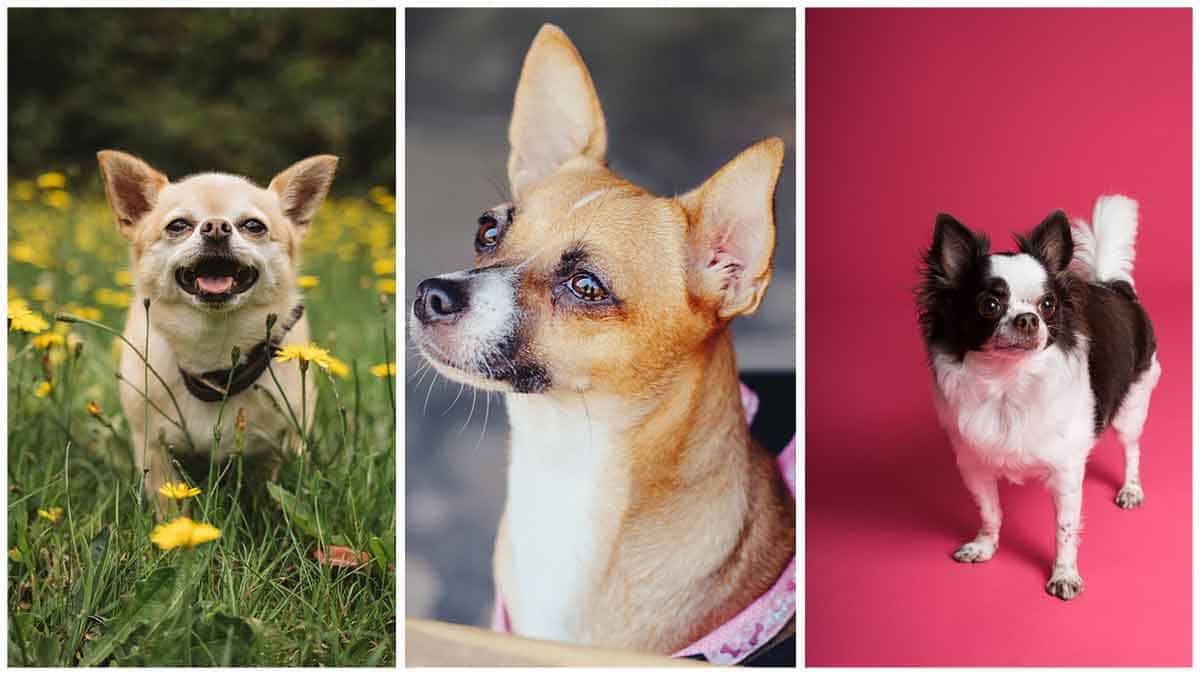 It’s almost never a good idea to send a man out alone to make an important investment decision for the house, like in this case, buying a guard dog!

After a high spike in the local crime rate, a couple decides that they needed a guard dog. Wanting a trained guard dog, the guy went to the local training school.

He tells the salesman he is looking for a good guard dog, but his house isn’t that big and he has a postage stamp sized yard.

“No problem, sir. We have a new breed of specialized guard dog for just such a home,” the salesman says.

With that, he puts a chihuahua on the table.

The man was not impressed and said, “I need a dog that can guard our house and fend off burglars, a Chihuahua can’t do that.”

“But this is no regular Chihuahua. It’s an attack Chihuahua!” the employee said, “Here, I’ll show you how it works! Attack Chihuahua, chair.”

The employee pointed at a chair, and the guy and the employee watched as the Chihuahua destroyed the chair, leaving only splinters behind.

“Wow,” the guy said, “That’s impressive! But I still think we need a real guard dog.”

“Are you sure?” the employee responded, “Here I’ll show you again. Attack Chihuahua, table!”

He pointed to a table, and, again, the Chihuahua absolutely destroyed the table.

When he brought it home, his wife was very angry.

“Why did you buy a Chihuahua?!” she yelled. “You were supposed to get a guard dog!”

“Because,” he replied, “this is no ordinary Chihuahua, this is an attack Chihuahua!”

To which she responded:

Oops! That’s not going to end well! Did this joke give you the giggles? Share it with your friends.

If you don’t think an attack Chihauhau will scare the bad guys away, what about a dog that looks like a statue? 22-year-old Sandra Pineda from Quezon City in Manila, Philippines, is the proud owner of Piper.

The dog is a rare breed called a xoloitzcuintle that has no hair and is extremely shiny. The Mexican Hairless Dog actually looked like a statue in pictures that went viral online, garnering 10,000 likes in under an hour.

Pineda admits that even family questioned if her dog was real after seeing her Instagram post. Based on the extent the family went to get Piper to the Philippines, her novelty gets enough attention to make it all worthwhile.

Piper relishes in being spoiled and her family bathe her with a gentle shampoo and rub her in virgin coconut oil to keep her skin hydrated with a nice sheen. It’s clearly a dog’s life!

Chihuahua puppies are incredibly delicate and need lots of care, particularly as…

Tanya Salitura’s dog Ama inspired the business launch in 2017 – and…
We use cookies on our website to give you the most relevant experience by remembering your preferences and repeat visits. By clicking “Accept”, you consent to the use of ALL the cookies.
Do not sell my personal information.
Cookie SettingsAccept
Manage consent