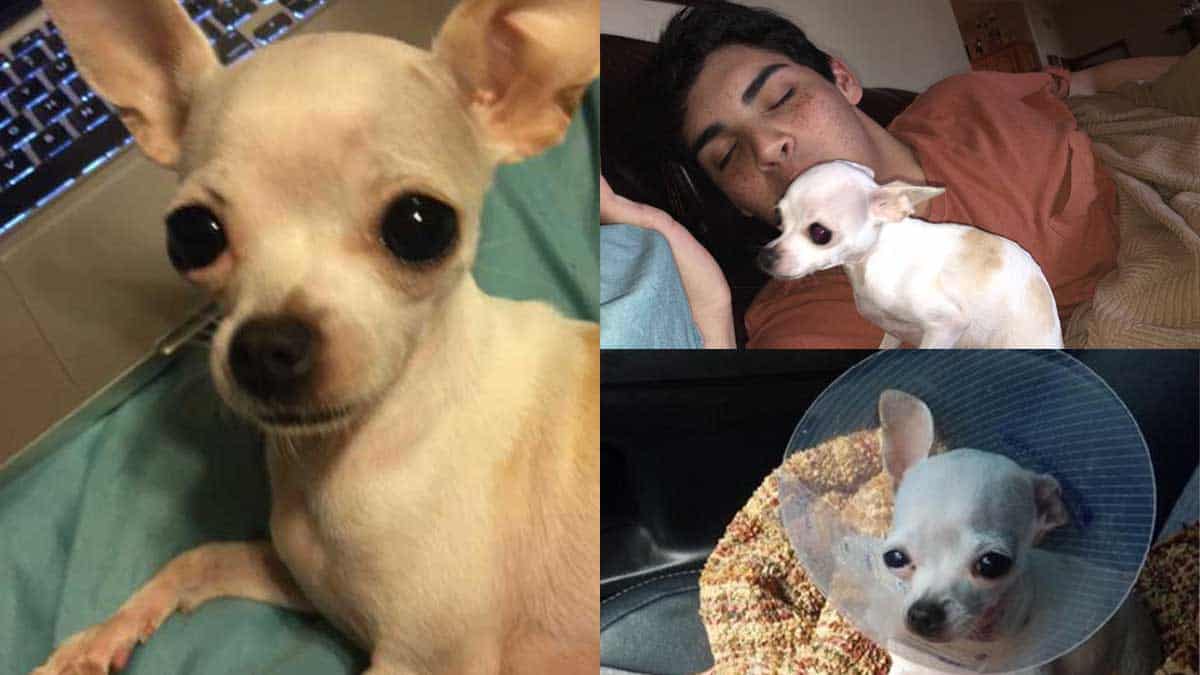 Teen Filmed His Chihuahua After She Mistakenly Ate An Edible

This is 18-year-old Seth Mersing from Orange Grove, Texas, and his beloved 3-year-old doggo, Rita Mersing. This Chihuahua went viral when he ate an edible and the story that followed.

He told BuzzFeed News that he was walking Rita in the park on Sunday afternoon when she began eating something on the ground.

Seth said that he wasn’t really paying attention to what she was eating. But around 30 minutes later, Rita started to act strangely. Seth said he began to freak out because he didn’t know what was wrong with her.

How He Ate an Edible

Later that night, Rita started to lose consciousness, and that’s when Seth and his parents decided to take her to the veterinarian.

After doing a drug and urine test, Seth said the vet told him that Rita had tested positive for THC aka marijuana.

“Since how tiny she was, she found I’m guessing a wrapper with the THC wax or an actual edible,” Seth told BuzzFeed News in a message on Facebook. “Dogs don’t know what they find!”

A staff member at the VCA Oso Creek Animal Hospital and Emergency Center confirmed to BuzzFeed News that Rita tested positive for THC and was kept at the hospital overnight.

She had a detoxification done and an IV placed in her, Seth said.

After the vet told Seth that Rita was going to be okay, he began to take videos of her in the hospital. On Tuesday, Seth tweeted this clip of a very stoned Rita that has since gone massively viral.

Here’s a short clip of my dog at the hospital after she found an edible on our walk at the park! pic.twitter.com/ramq9MS96i

Seth said that Rita was soon doing just fine and is now back to normal.

And while the video of an intoxicated Rita might be hysterical, the side effects of marijuana can be dangerous and make your pet feel miserable, according to vets.

In severe cases, it can cause tremors, seizures, and comas, vet Lynn Buzhardt said wrote in a VCA blog post.

“Fortunately, these side effects are usually short-lived,” and “marijuana intoxication is seldom fatal,” Buzhardt wrote.

Seth told BuzzFeed News that it was sad that some people were accusing him of making Rita high.

“In reality, a dog is a child to me and I will spend however much money to get her the help I would an actual baby,” he said.