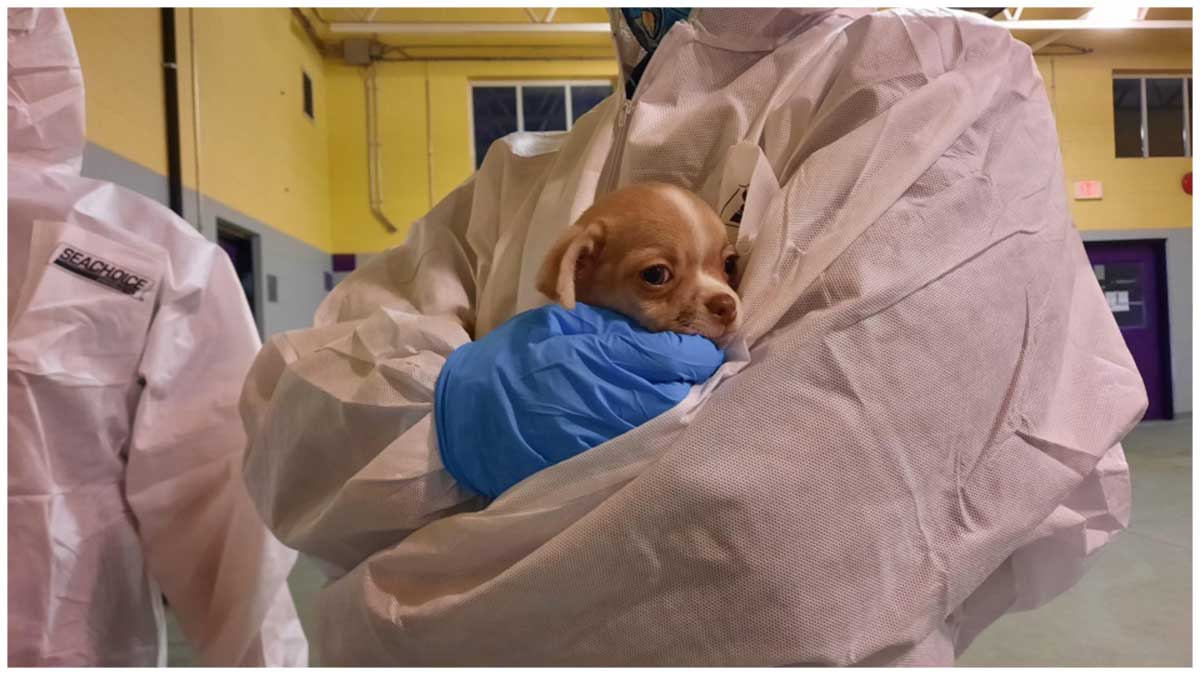 A dozen dogs have been seized from a Vancouver Island breeder. According to the BC SPCA, this was due to the poor conditions they were kept in.

Animal protection officers removed four adult dogs. These included pregnant females and eight three-month-old puppies. They seized the poor pups after receiving a complaint about the breeder from the public.

When asked about the dog breed, the officials could also provide some insight. The animals are Chihuahua crosses and one Shih-Tzu cross. And, thank god they were seized and removed from those god-awful living conditions.

Moreover, the BC SPCA says that parvovirus is a highly contagious and potentially deadly virus that causes gastrointestinal illness in dogs.

What followed the report was another statement. “In response to a public complaint, the animals were taken to local veterinary facilities. There, they received examination and treatment and are receiving ongoing care at the BC SPCA in Victoria,” Drever said. “The pregnant females and mothers with pups will be transferred to SPCA foster homes for around-the-clock support.”

The BC SPCA says its investigation into the case continues. And, the dogs are not available for adoption at this time.