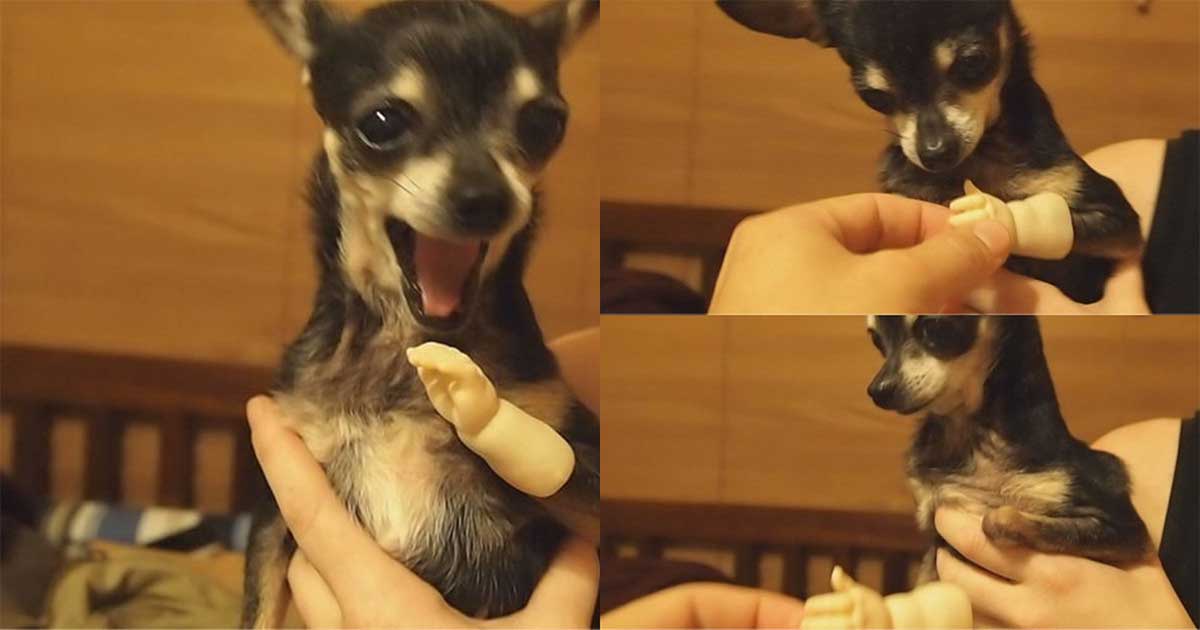 They say Love is a four-legged word. Try 3 legged and one-handed.

Redditor extreme_matt, the human of the now handy Chacha the Chihuahua, likes helping her now and then. To make up for the lack of a paw, Matt amused himself by sliding a doll’s detached hand over Chacha’s stump. Matt brought out the camera and Chacha posed for the pictures, showing off her newly acquired handiness. If we learn anything from the pictures, its that Chacha was extremely humored by the documentary of this joke.

According to Matt, Chacha broke her paw when she was just a puppy, at which point doctors amputated the paw because the blood vessels were too small to reattach it.

“She’s been missing that paw since she was 8 weeks old,” Matt relied on us in another comment, “At the time of the pictures she was 9 years old, so it doesn’t bother her. As far as the hand, it was just a doll hand I found at a thrift store and it just [happened] to fit on her nubbin perfect. It’s not like we left it on there or anything just stuck it on and took a few pictures.”

Thank you, Matt, for sharing this adorableness with us.

PHOTOS of Chacha and her doll hand. Scroll all the way to the last picture for pure joy: