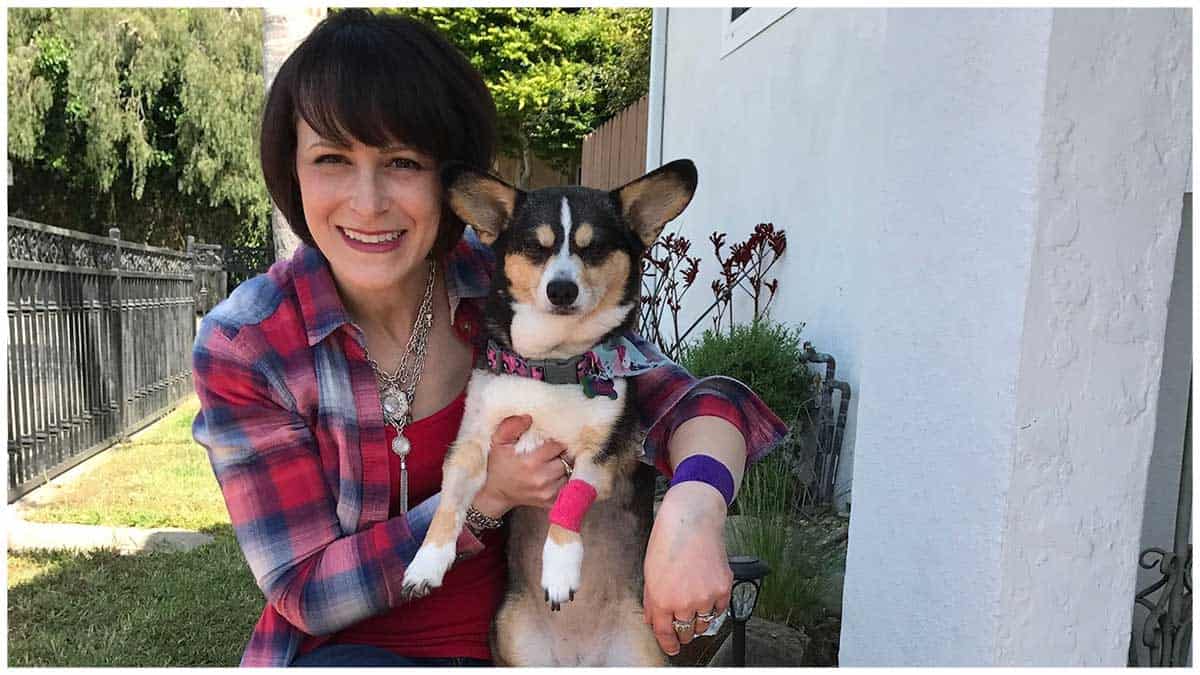 Being The Dog Walker With Cancer

Becoming a dog owner, and the designated dog walker, while my dog and I both moved through cancer treatment is an experience that has shaped my motivation on the cancer journey.

Coco, the corgihuahua, (a perfect mix of corgi and chihuahua), came to us one day rather unexpectedly. She was two years old, full of spunk, and needed a home. I immediately became the dog walker.

Without fail, we walked multiple times each day and she loved every minute of it. Not only was it exercise, but it was also our time together.

When I have diagnosed with metastatic breast cancer my boyfriend and I decided it would be my goal to outlive Coco. About four years into my diagnosis, Coco, then age 9, started vomiting and having what appeared to us to be seizures. As all dog parents do, we took her to the vet who did some blood work and determined that she was anemic and thought she had pancreatitis.

After a couple of weeks of special food and medicine, Coco wasn’t getting any better, so we returned to the vet once again. They repeated the blood work, and she was still very anemic. We were referred to the veterinary specialists where Coco had an ultrasound and a bone marrow biopsy. She had aplastic anemia. We were devastated. She underwent a couple of blood transfusions and an immunoglobulin infusion to attempt to help her, she also took quite a few prescription medications.

Our lives seemed paralleled in so many ways. While I was undergoing intravenous chemo and having biopsies, so was Coco. She never complained. I have a picture of the two of us with our bandages after treatment—true bonding. She lived with her disease for nine months. It was the weekend after that Thanksgiving when she passed peacefully with me by her side.

She was such a trooper. Even at her sickest, she still just wanted to get outside and enjoy the sunshine and fresh air. I would push her around in the dog stroller and stop to let her out every now and then. She was a fighter until the end, and I met my goal by outliving her.

After her passing, I felt a bit lost for a while. I continued my walking because it helped so much with the achy joints from my treatment. I had to find different routes so I wouldn’t have to run into the familiar faces who wanted to know where Coco was. Moreover, I felt like I had lost my purpose. I desperately needed a new goal and a new companion.

Six months or so later, I saw a shared post on Facebook about a miniature Schnauzer named Heidi who needed a home. Sadly, her owner had passed away suddenly, and she was lined up to be surrendered to a shelter if someone didn’t come forward to take her. I said yes, sight unseen except for a photo, not knowing what I was getting myself into. Heidi was four years old and weighed almost 30 pounds.

She could barely walk around the block, let alone jump up on anything. We immediately put her on a measured food diet and started walking. Heidi now loves walking. She started losing weight and even began to have a tail again. Her docked tail was so short and plump you couldn’t even tell there was a tail in there. I’m happy we said yes. Every day she gives me something to live for, and she brings so much joy and laughter.

Now, two years later, she has transformed herself into a healthy dog and gets me moving every day and out in the healing sunshine to walk, reflect, and never give up. She is my girl, and I will not let her down, just as I never let Coco down.

Keep walking, it’s good for all of us.