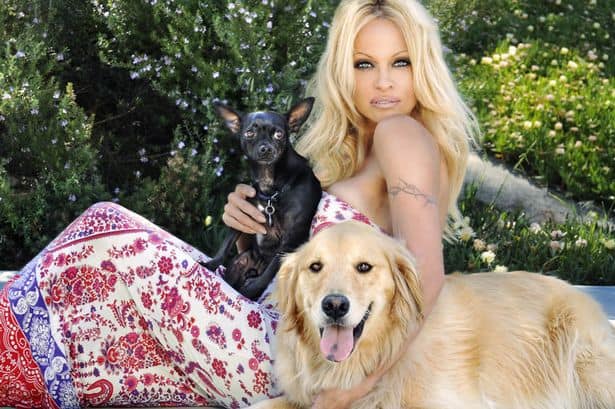 Pamela Anderson is a dog walker for an Irish setter named Dash. This is while she’s away from her own four dogs starring in Chicago on Broadway.

Pamela Anderson is moonlighting as a dog walker in Manhattan.

The Baywatch actress is in New York City for her Broadway debut, playing Roxie Hart in the long-running musical Chicago. Though Anderson’s dogs didn’t come to N.Y.C., the actress still spends her free time with canines.

Anderson told the New York Post that she started missing her four dogs back home in Vancouver Island, Canada. That is especially while taking her daily jogs through Central Park.

“That’s how I get my dose of dogs every day. Because my dogs couldn’t come to New York,” she told the outlet.

After speaking with Post in March, Anderson reportedly took up a gig walking an Irish setter named Dash.

“Pam got wonderful reviews playing Roxie Hart in Chicago. But Dash is her biggest fan,” Jonathan Walland, Dash’s owner, told the Post in May. “He took an immediate liking to her. She is a dog lover and a genuine pet person.”

Walland said that he connected with Anderson through her assistant and that the actress walks his two-year-old dog through Central Park for an hour every weekday, free of charge. Anderson and Dash have now established a close bond.

“I think she really misses her own dogs,” Walland added of Anderson to the Post. “Being in New York working for a few weeks is bound to make anyone miss home — and being able to spend time with a wonderful dog probably makes Pam feel welcome.”

Anderson’s time as Roxie Hart in Chicago is scheduled to run through the first week of June, according to Vanity Fair.