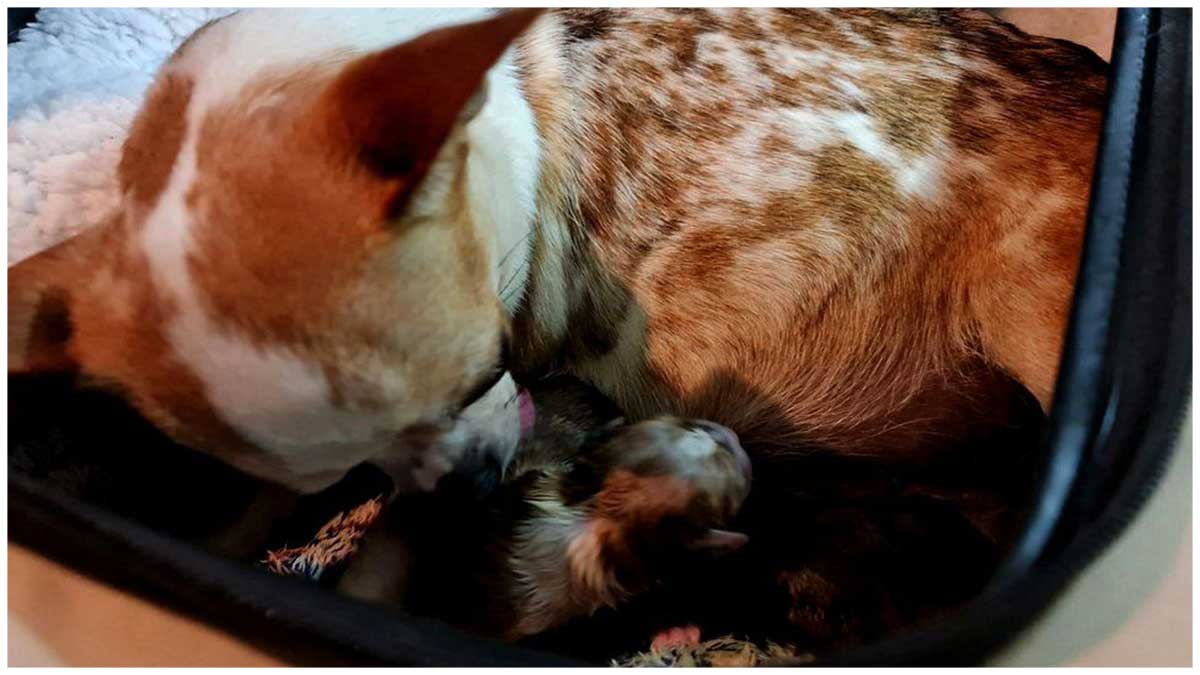 Bobby the Chihuahua Born in Police Van After Crash

It was not the Christmas miracle they would have expected. But, police officers saw a Chihuahua give birth to a pup in their van after its owner was involved in the crash. This is the story of Bobby the Chihuahua.

Perdy had five pups but one, later named Bobby the Chihuahua, was born as officers drove her and her owner to an emergency vet.

The pet drama began when the officers were called to the scene in Brotton, near Saltburn, at 04:30 GMT.

With no-one was injured in the crash, they decided on the trip the vet.

Perdy’s owner said the officers went “above and beyond” to help. She struggled to give birth because one of the puppies was in breach.

“Not only did they rescue my dog and save her life. But, they also saved the lives of her five puppies. It was fantastic, and I can’t thank them enough,” Perdy’s owner said.

PC Rebecca McKenna, one of the officers who attended, said the following. “These puppies were likely not to make it if we didn’t get the dog to the vet quickly. So, with the owners’ vehicle damaged due to the collision, we took it upon ourselves to rush the dog and owner to the vet.

“It was a first for us to have had a pup born in the police van. And, it is great that five pups made it safely. We were pleased to have been able to help.”