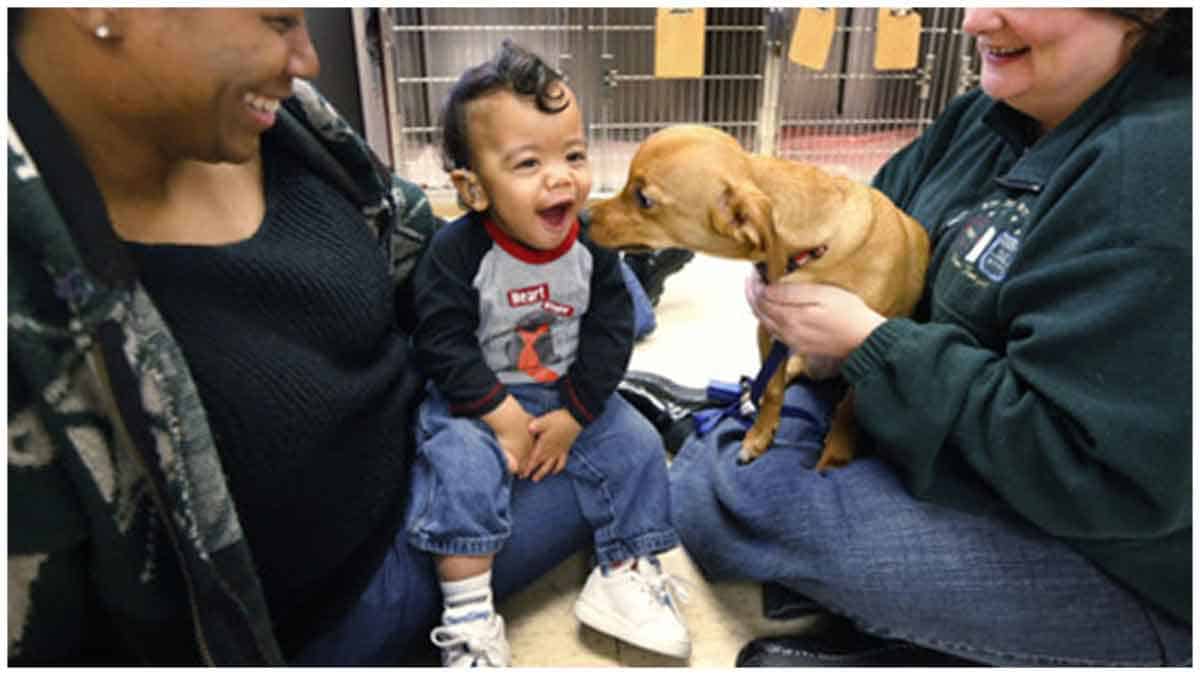 Frank might be small, but this Chihuahua from Virginia is making a huge difference in the lives of people who’ve been diagnosed with hydrocephalus. This condition causes a dangerous buildup of fluid in the brain that can be fatal if left untreated.

Frank is gearing up to begin a year of intensive training, after which he will officially be a licensed therapy dog for hydrocephalus patients. And Frank is the perfect guy for the job — you see, Frank is also living with hydrocephalus. While the condition is rare in dogs, it occurs more frequently in small breeds like Chihuahuas.

Frank’s very serious condition was apparent even when he was a tiny little pup.

His health issues put Frank on the short list of animals to euthanize at the pound, McCracken says. But she and her organization saw the potential in pint-sized Frank, despite the challenges of his brain condition.

“We transfer animals from municipal shelters that are in danger of being euthanized, and that’s how we got Frank,” McCracken explains.

From the shelter, Frank was to be transferred into an RAL foster home, and Virginia residents Toni and Kevin Mark were the lucky family chosen. They brought Frank everywhere — on long walks, to the beach, to the store. Frank never let his hydrocephalus get in the way of having a good time.

The Marks knew immediately that Frank was special, but because of Frank’s health issues it seemed unlikely anyone would want to take a chance and adopt the little guy. His littermates were adopted almost immediately, but at 8-weeks-old — a prime age when many puppies find homes — Frank was stuck at the vet after having a seizure related to his hydrocephalus. Any potential adopters got cold feet when they learned of Frank’s medications and the possibility that he may need future surgeries.

But that’s when Stacy Metz came along.

How this Chi is Helping People

Metz is an administrative assistant in the neurosurgery department at Virginia Commonwealth University, and she sees children and adults with hydrocephalus every day. Metz says many people suffering with the condition feel very alone.

“They think they’re the only ones,” she tells the Richmond Times-Dispatch. “It didn’t happen to any of their friends.”

As soon as she met Frank, Metz envisioned him visiting with hydrocephalus patients at the hospital, bringing them comfort and hope.

“It’s always nice to know they can relate,” Metz says.

The Metz family officially adopted Frank on August 16, 2013, a day no one involved will ever forget.

“His foster family knew that this was the life for Frank. He is a little dog with a big impact,” McCracken remembers. “Seeing Frank with his two families the night of the adoption broke our hearts wide-opened. Frank is the only dry-eyed in the pictures. That’s as if he knew he was on to big adventures where he could repay his foster family.

The Future of the Condition

Frank is already meeting others living with his condition, including 2-year-old Dylan Lipton-Lesser. Dylan has already undergone a whopping 15 brain surgeries and has two shunts inserted in his brain to help drain the fluid from his skull. Dylan’s mothers, India Lipton and Shirley Lesser, know their son’s hydrocephalus will still have its challenges. But bonding with Frank is just the boost her Dylan needs, they say.

“These two boys — a toddler and a puppy — come on, it’s just too much,” Lipton says of the budding friendship. “Dylan is on his way to walking now…I can just see him and Frank running when Dylan is strong enough. In the meantime, they’ll have lots of fun crawling around together.”

For future updates on Frank, check him out on Facebook.