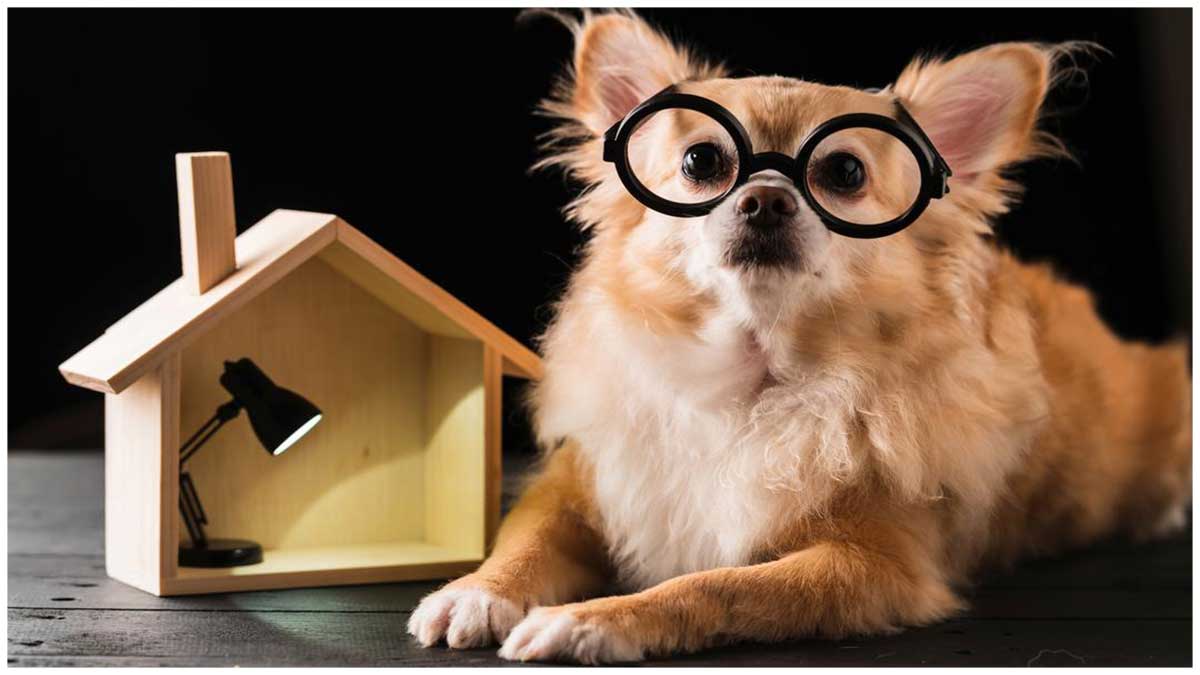 Can Chihuahuas See In The Dark?

If you hear bumps in the night, it’s probably not your dog! Healthy dogs can see in the dark better than humans, but not as well as cats. So how much can Chihuahuas see in the dark? The secret to dog night vision is all in the sight receptors that distinguish between daylight and dark.

How does dog night vision work?

Dogs do not have night vision. In the sense that they can see when it’s very dark or there’s no light.

A dog’s eye is constructed of a cornea, pupil, lens, and retina. The latter contains photoreceptors made up of rods that absorb light and cones that absorb color and brightness.

The secret of a dog’s night vision is a large amount of light-sensitive rods found in the retina.  In dim rooms, light is captured by the pupil, which is the eye’s flight control center.

The dog’s rod-dominant retina collects this light and using a thin tissue behind the retina called the tapetum lucidum amplifies and reflects the light back to the camera-like lens which focuses on what the dog is looking at.

Dogs may be able to see much better than people can in some situations, but be sure not to leave your dog in very dark rooms. He will see as little as a human eye can in pitch-black areas.

What helps a dog see at night?

A dog’s vision has developed several ways to form a picture of what’s around them at night.  Since dogs do not have a large percentage of cones in their retina to capture brightness and color, the eyes rely on the following features for night vision: