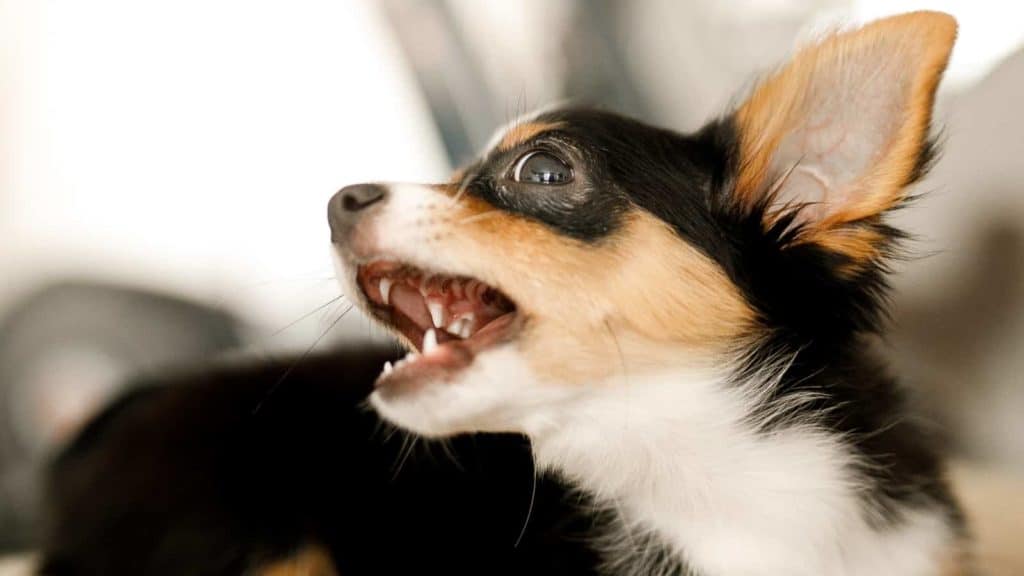 Chihuahua Barking: Are They Using Words to Talk?

Does your dog bark a lot? Or is he one of those quiet pooches who barks only when things get really exciting? Most dogs bark at least a little. But, here’s what Chihuahua barking means.

Dog barks are not words. But although your dog will never tell you about his parents or the weather or the amazing bone he had yesterday, his barks still communicate important information.

Dog barks are much closer to the noises people make when they accidentally hit their thumb with a hammer – “Ow!” – or open a fantastic present – “Wow!” These sounds convey how someone feels, but not why they feel that way. When other people hear these kinds of sounds, they often come over to see what has happened: How did you hurt yourself? What is this wonderful gift?

All dogs, even the tiniest chihuahua, come from great grey wolves. Wolves almost never bark. They howl. Sometimes dogs howl too – but howling is rarer in dogs. Understanding why wolves howl and dogs bark help explain what barking is for.

Chihuahua Barking: What it Means

A howl can be a beautiful sound – almost like a kind of music. And, just as group singing brings people together, so too does group howling help a pack of wolves feel united.

Dog barking also brings groups together – but it’s not a beautiful sound. It is a much more urgent noise, just like the sounds you make when you are hurt or very pleased. Many smaller animals, like scrub jays, meerkats and California ground squirrels, make such noisy sounds. They do this when they feel frightened by something. In dogs, barking can bring a group together to defend against a danger that can’t be coped with alone.

Wolves don’t need to make sounds like this because they are big and fearsome and don’t often feel threatened. Dogs, on the other hand, are much smaller and weaker than their wolf ancestors – and often need to call the group together.

This is why dogs bark. They are calling their group to get help with something they are not confident they can handle on their own. This doesn’t mean a barking dog is always frightened. He may just be very excited. He badly needs the family to know that there is a stranger coming to the door, or another dog coming close to the house.

Your dog’s barks may not be words, but he probably barks a little differently depending on what kind of thing has got him excited. If you listen closely, you may find you can tell the difference between a bark directed at a package deliverer and one directed toward a friend at the door. The bark to a passing dog may be different than the bark at a passing car.

Your dog doesn’t understand much of what you say, but he listens hard to try to make sense of human language. If you return the compliment and listen hard to his sounds, you may find you can also understand him better, and the two of you will have a richer life together.