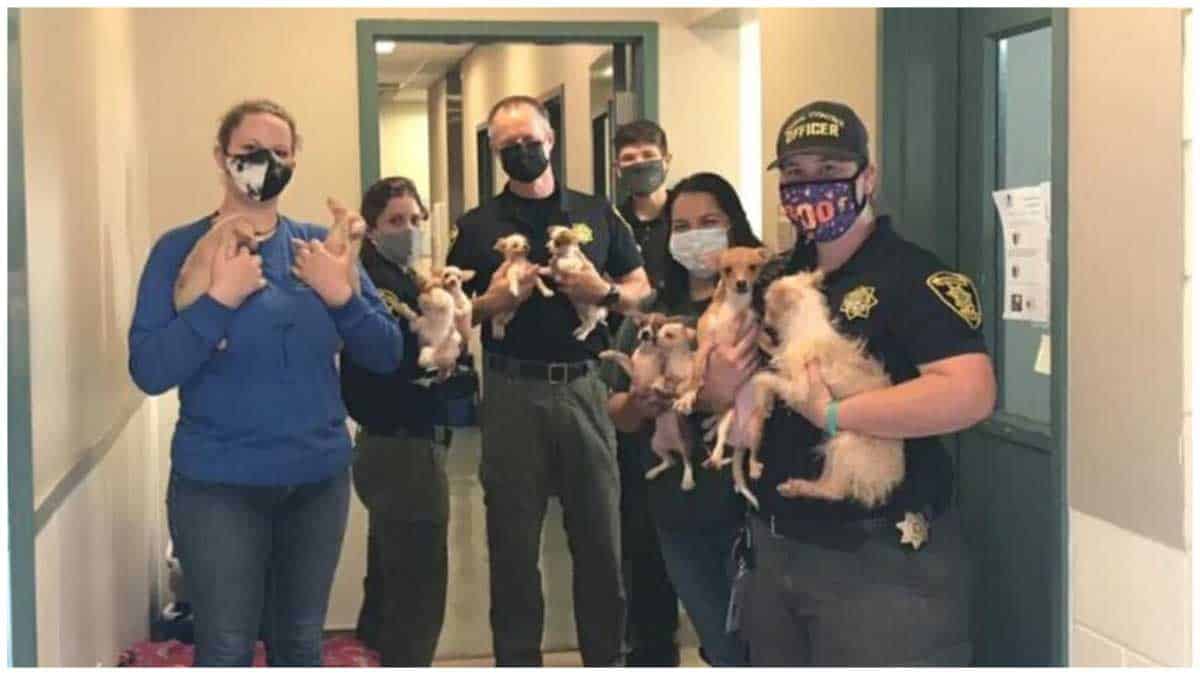 Chihuahuas Give Birth to Two Litters After Massive Rescue

Two mothers impounded in a massive dog rescue in Lompoc gave birth to two litters of puppies. Chihuahuas give birth to big litters, so it was a miracle.

More than 100 dogs, mostly Chihuahua and Chihuahua mixes, were discovered late last month. That was when a Santa Barbara County Animal Services staff responded to a call from a concerned citizen. The latter resulted in a site visit to a home in Lompoc.

Chihuahuas Give Birth to a Huge Litter

An operation of this size required a large team to impound the dogs safely and humanely. They met the animals’ immediate needs while supporting safety and health protocols for staff.

Two litters of puppies were born within 48 hours of the original impound. The puppies and their mothers remain in care at Santa Barbara County Animal Services.

An investigation is underway into why the owner had many dogs living at home. Santa Barbara County Animal Services has concluded its report. Since then, it is awaiting an official decision to be made in the case.