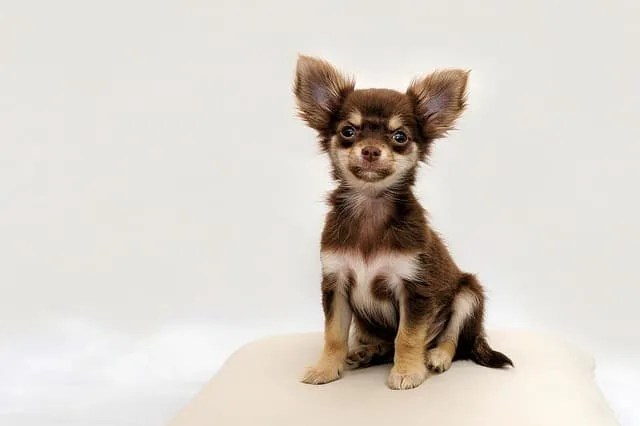 Are you looking for a low-maintenance dog that needs less grooming and fewer vet visits? Then you need to find a naturally healthy, intelligent, and independent dog. And if you live in an apartment, then a small-sized dog can be another preference.

Though all dogs need vet care, pampering, exercise, and grooming, some dog breeds are less dependent. Find the list of such dogs to make your selection.

The Chihuahua originated in Mexico and is one of the most miniature breeds on Earth. Chihuahuas are healthy, intelligent, and active dogs that need less grooming and care. Also, they are loyal, affectionate, and energetic, but their personalities vary.

Two varieties of Chihuahua dogs are available: the shorthaired and longhaired Chihuahuas. Based on their physical traits, head shape, body size, and coat, they are categorized into three subcategories:

A Note About Chihuahuas

This breed needs early socialization and training; otherwise, these dogs may suffer from “small dog syndrome” problems and can develop shy or aggressive behavior.

The Dachshund originated in Germany and is a tinny puppy from the hunting category. It has a good reputation for its detection skills. It comes in two varieties: longhaired Dachshund and shorthaired Dachshund.

The Dachshund is a reserved and loyal dog. This dog was developed to hunt; hence, it has an athletic build, good sense of smell, and hunting instinct. It also needs less grooming and training.

A Note About Dachshunds

This breed can be aloof with other pets and strangers; I don’t recommend leaving this breed alone with children.

French Bulldogs are an old dog breed. Originated in France, this breed has been recognized by most of the most significant kennels since 1860. This breed was developed by a cross between a Bulldog and local ratters from Paris, France. It’s also known as Bouledogue Francais, or Frenchie.

This is a powerful, muscular, gentle dog with a broad head and rounded forehead—it looks like a small Bulldog. The French Bulldog is a happy and healthy dog and needs average grooming and minimal exercise. Also, it is a courageous, lively, and friendly dog that makes a good companion—it loves to be around its owner and family.

A Note About Staffordshire Bull Terriers

The Miniature Pinscher is a small, healthy, and athletic dog. It originated in Germany and is known as Min Pin, King of the Toys, and Zwergpinscher. Though it’s a small and average-build dog, it’s hardy, bold, energetic, confident, loyal, and protective of his family. It’s a healthy and intelligent dog, and it needs less grooming.

A Note About Miniature Pinschers

Usually, the Miniature Pinscher is good with children and other pets, but it needs early socialization.

The Beagle is a small, sturdy, active dog that makes a good companion and family pet. This dog breed originated in England around the 1830s. The purpose of developing this breed was to create a dog to hunt hare and vermin, and Beagles have decent scent and tracking capabilities that make them great detection dogs. Usually, the Beagle is a lively, fun-loving, healthy, and intelligent dog.

A Note About Beagles

Beagles were groomed as hunting dogs and have hunting dog behaviors in their genes. They need challenging exercise and running. But if they get moderate exercise and regular walks, they can be happy and healthy.

The Jack Russell Terrier was developed in early 18th century England. Reverend John Russell was the creator of this breed. The initial purpose of developing this breed was to create a dog to hunt foxes and help hunters with small game.

This breed is also known as JRT or Jack. Sometimes people confuse the Jack Russell Terrier and the Parson Russell Terrier, but they are different breeds with different characteristics and traits.

A Note About Jack Russell Terriers

This is an energetic and sturdy dog, and it needs regular exercise and running. The Jack Russell Terrier was created to hunt and has the hunting instinct, so you need to train and socialize it at an early stage, or else it may become willful and dominant.

As its name suggests, the Toy Fox Terrier is a smaller version of the larger Fox Terrier. It is also recognized as the American Toy Terrier and Amery. This breed was created in America to hunt small prey like rats and squirrels or to help hunters with small game.

This is an energetic, sturdy, and intelligent breed that performs excellently in circuses and field games. It is a quick-learning and healthy dog that needs less grooming. The Toy Fox Terrier is a loyal, friendly, and alert dog that makes a great companion and family pet.

Created in America, the Teddy Roosevelt Terrier is similar to the Rat Terrier, but this breed has shorter legs, heavier bones, and a more muscular physique. Initially, this dog was used for farming and hunting purposes—hence, it has a hunting instinct and a great sense of smell and detection. Also, this is a loyal, protective, hardy dog that needs regular running and exercise.

A Note About Teddy Roosevelt Terriers

This dog is aloof to strangers. If it is well-trained and socialized early, this dog can do well with other pets and guests. The Teddy Roosevelt Terrier is suitable to live in an apartment. But it is recommended for small or medium yards. Also, even though this is a healthy and intelligent dog that needs less care and grooming, you need to take care of this breed’s allergies and bite problems.