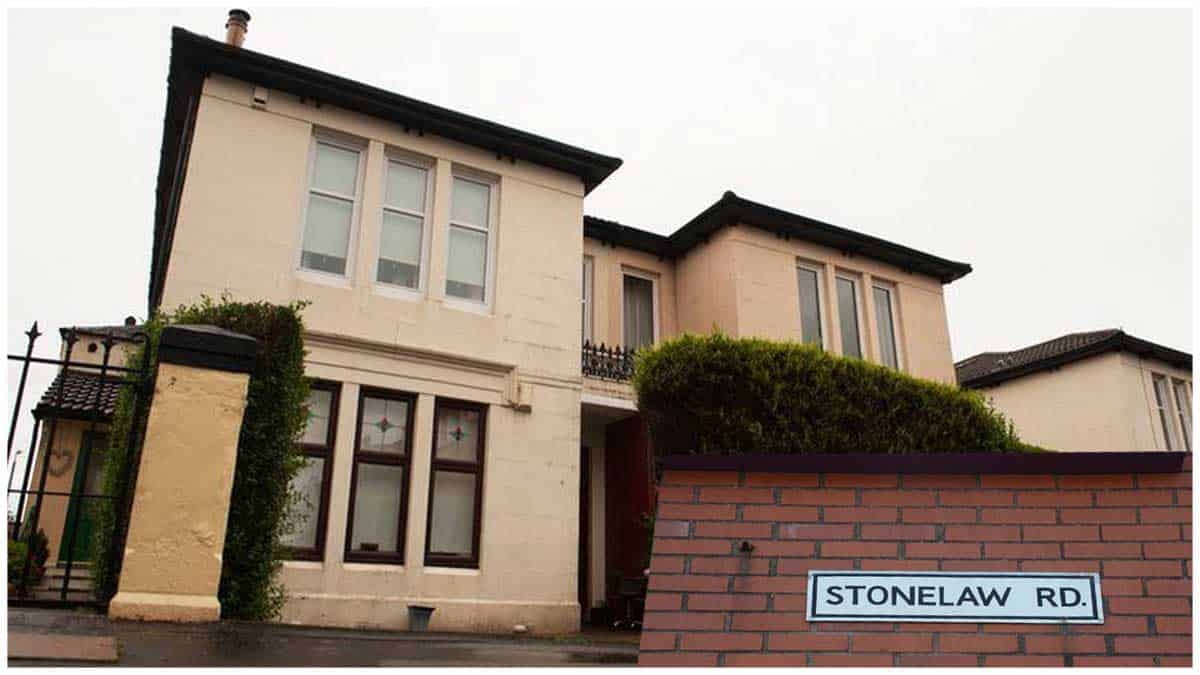 Police officers witnessed lights going off and clothes flying across a room. The final hit was with a Chihuahua playing in the garden, suddenly perched on top of a 7ft hedge. Here’s the poltergeist case that freaked everyone out.

In 2016, a family in Rutherglen near Glasgow was forced out of their home. The reason? A series of terrifying encounters with what they believed was a supernatural force.

Then, incredibly, even police called out to deal with the incident reportedly witnessed the poltergeist activity. Officers were called to the house after the family endured two days of bizarre occurrences.

The Poltergeist that Hurt the Chihuahua

In their panic, the woman and her son didn’t know who else to turn to in his early teens. The police were said to have witnessed clothes flying across a room and lights going off. Then, they saw lampshades being upside down when the lights switched back on.

Moreover, the family’s pet chihuahua dog, playing in the garden, was discovered sitting on top of a seven-foot hedge.

So shocked by the incident where the officers, the situation was even discussed at high levels within Police Scotland. Senior officers were perplexed as to how they should handle the incidents.

Later, a police source told the Record: “These were incidents that our officers witnessed. Incidents that are not easily explained.

“One problem we’ve got is where we go from here as no crime has been established. So what else can we do but deal with any reports of disturbances?

“But officers with more than 20 years service are saying they’ve never seen anything like this.” “It is something down-to-earth police officers are having trouble getting their heads around.”

“How do you handle what, despite us liking to use the word, has been described as a poltergeist.”

The German word for a ‘noisy ghost,’ poltergeists are often linked to children or teenagers. They are often blamed for items being moved and unexplainable noises in the houses they inhabit.

Said to be ‘devoutly catholic,’ the family eventually moved out of the property.

With no reasonable explanation for what they witnessed, police, acting with the support of the family, contacted the Catholic Church. They sent a priest to bless the house.

A source added: “The officers called their superiors who also attended, thinking the cops were perhaps being a bit silly, but it’s being taken very seriously.

“The fact witnessed by our officers has lent itself to a very different but active inquiry.”

Though the family was unharmed in the incident, they were left incredibly disturbed by it and moved out to some of their relatives.

The perplexed police officers reportedly checked the history of the property to see if there been any reports of similar occurrences from previous residents.

Our source at the time said all options were being considered by explaining the goings-on: “Is it some form of hoax, or is it real or not real? These are the questions being asked by officers but without coming to any conclusion.”

Skeptics at the time stated that it could have been a hoax by local teenagers as the Conjuring 2, a film about the famous Enfield encounters where a family was terrorized by a poltergeist was released that year.