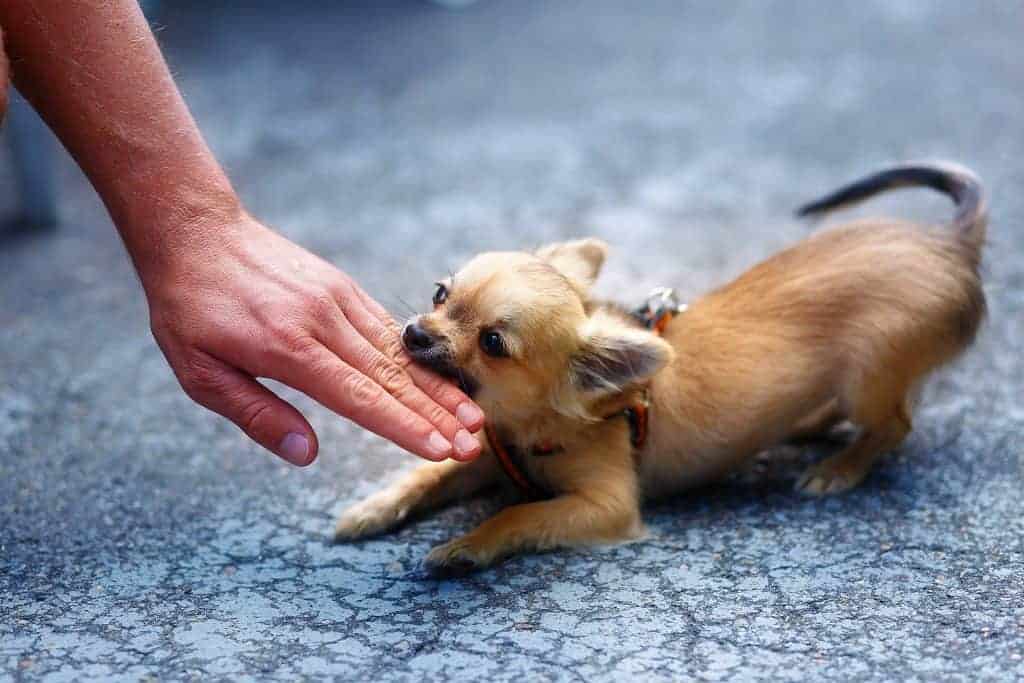 Chihuahua Chewing Problems And How to  Stop it.

Owning a chihuahua comes with a small price to pay. Chihuaua chewing problems are a common issue but can be fixed with a little bit of training.

Younger chihuahuas are often the ones that will exhibit this behavior, although older chihuahuas are known to chew up household objects as well. Understanding why your chihuahua is chewing everything first is essential.

Puppies will be born without teeth; up until eight months old, they will be in the teething phase. So any chihuahua puppy 0-7 months old will constantly be chewing on everything to ease its discomfort from teething. Nothing is safe from being chewed during this phase, so you must have some small, safe toys for your puppy to chew on at all times.

An abundance of energy

Your little chihuahua needs regular play and exercise with the freedom to let out all of its pent-up energy. If you have been neglecting to play with your chi or not letting it run around outside, this may be the reason why it’s chewing everything up. Chewing on objects aggressively is a way for chihuahuas to get out some of their energy, and it doesn’t care what they’re munching on.

You’ve made your chihuahua angry.

Something you’ve done recently has maybe made your chihuahua angry with you. It could be giving somebody else or another pet more attention, and it could be you’ve punished your chi in some way recently and are lashing out by chewing on objects. Or even something like it doesn’t like the food you’ve been feeding it.

Chihuahuas are very proud and spoiled dogs. They can become angry at almost anything because they know they deserve the best. Consider these as a reason why your chihuahua is chewing everything.

If you have a new chihuahua recently brought home or a new puppy, the dog may just be observing its environment. Dogs will learn about new objects or areas by biting, chewing, or licking things. Consider this when trying to figure out why your chihuahua is having chewing problems.

Sometimes your chihuahua has left home alone, or you can’t give your dog adequate attention. Boredom can come on at these times, and as a way of coping, your chihuahua may start chewing on objects. This may be a regular thing for your dog and a reason to consider when trying to find out why your objects are chewed up when you get home.

How to stop chihuahua chewing everything

The best way to stop a grown chihuahua from chewing everything is to wear them down daily. They’ll want to, for the most part, just relax the rest of the day.

Don’t punish your chihuahua. And instead, you can replace what it is currently chewing on with a chew toy. A firm “no” should be enough but make sure you give your chihuahua something in its place to chew on so it understands what is meant for chewing.

A well-trained chihuahua is a well-behaved chihuahua. Mostly the training should be done by the person the dog believes is the most alpha in the household. Chihuahuas are quick to judge themselves as the most alpha if you allow them to do whatever they want for most of the day.

Spraying objects with something that has an offensive taste or odor to them that dogs do not like is a deterrent as well. Make sure it’s not poisonous to your chihuahua. One popular product for this is Out!