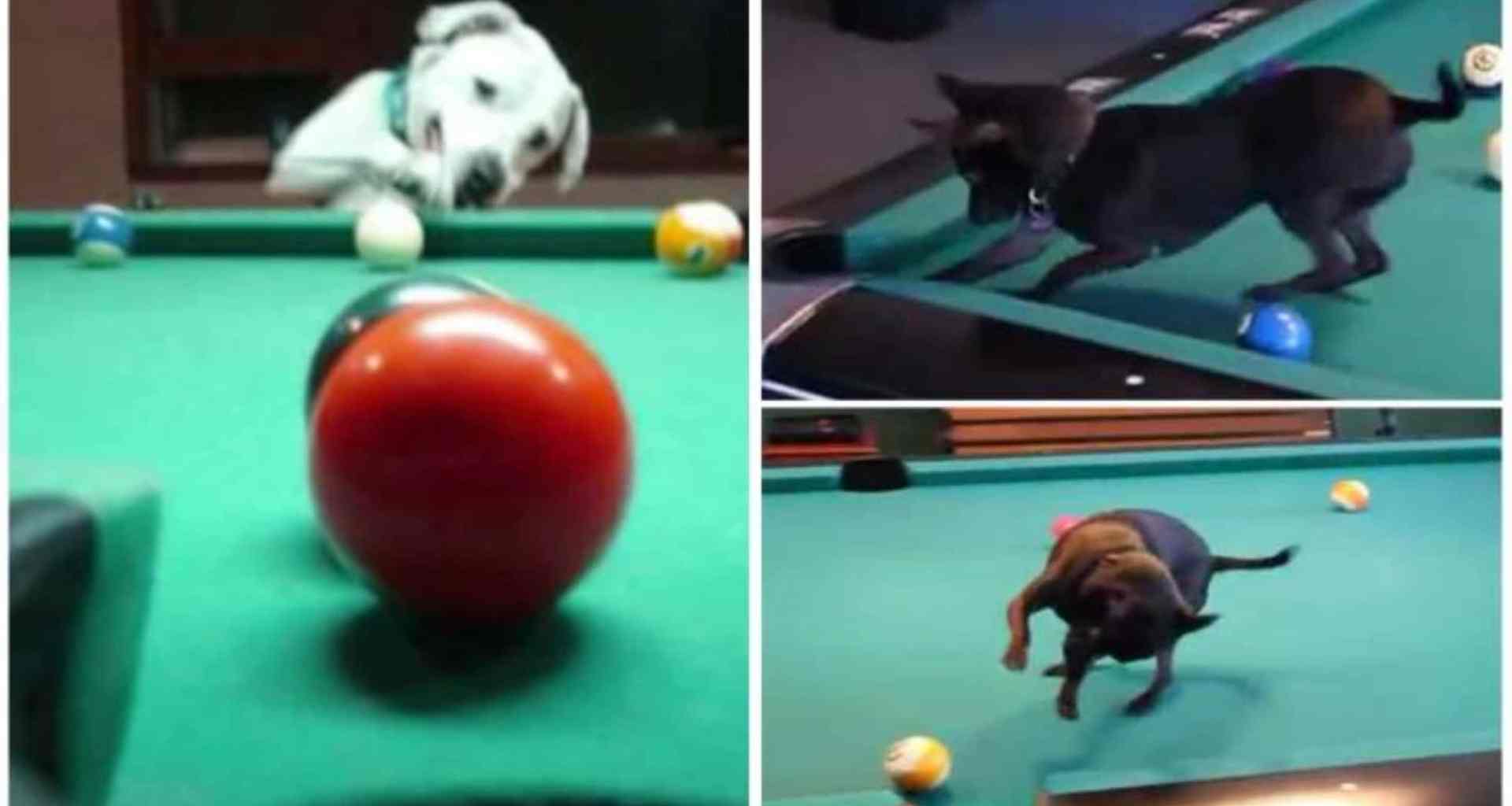 A man walks into a pool hall with his dog … no, this isn’t the beginning of a joke. It’s a showcase for a dog with the unique ability to play the game of pool. Meet Halo, who learned to play pool from her owner Josh Kuhn. The Chihuahuas playing pool are just fantastic.

After Kuhn installed a new pool table in the basement of his Minnesota home, he found Halo to be a regular observer. A curious participant as Halo would stand up on her back legs, lean her paws onto the table, bark at the balls, and run around, eyeing and following the action. Soon, Josh seized upon her curiosity and taught Halo how to play the game by using her paws as a doggie cue.

There’s a long tradition of perfecting trick pool shots. But rarely has a dog been recorded playing pool with such accuracy. The shots are likely set up by her human, but Halo takes aim and pushes the ball with great form—straight shots, bank shots, cushion shots. She possesses a fantastic repertoire with unbelievable technical expertise.

We love how she tilts her head and takes aim before pushing the cue ball with controlled force. Just think of the hustles you could pull off teaming up with such a remarkable (and charming) pool-playing dog!

And as a fan of the game might note, Halo, the pool-playing dog, doesn’t “dog the nine,” she clears the table with “clear shots,” is really “liking it” and is definitely “tournament tough.”

Since we are on the pool subject, we want to show you another dog having a blast on the felt—see Amadeus the Chihuahua clear the table. Turn up the volume and listen, he’s enjoying himself!