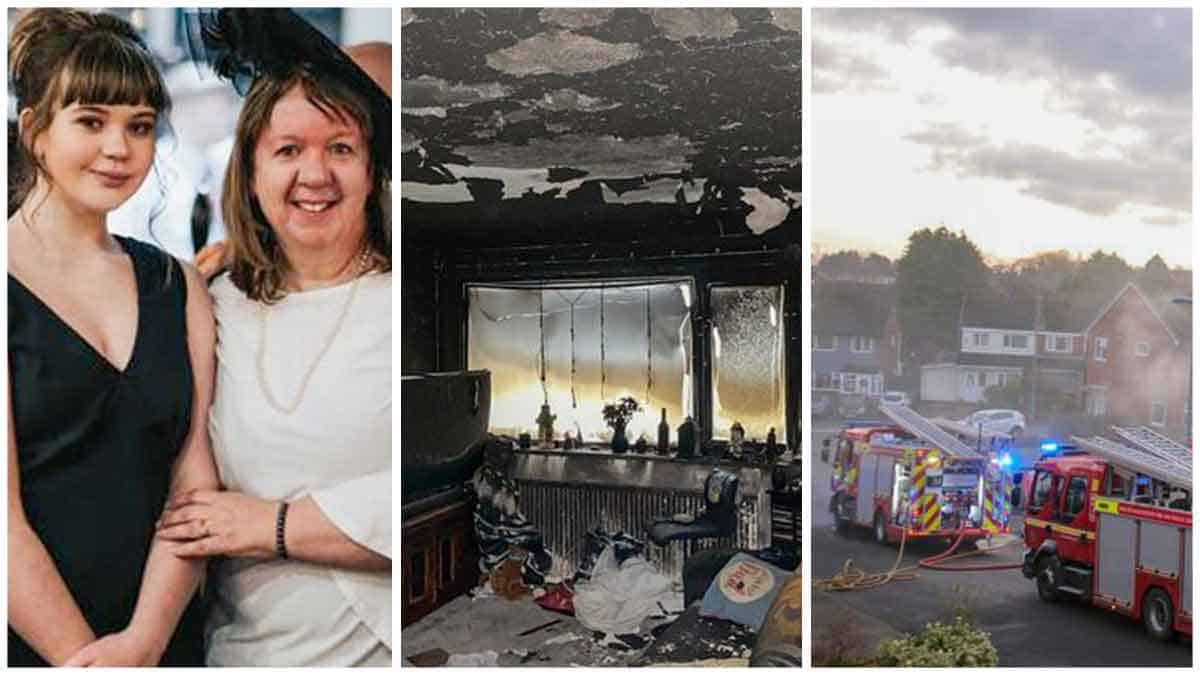 Dad Ran into Burning Home to Save Pet Chihuahua

Nick and Lorraine’s family home in Heywood was ruined by a fire on Monday. That’s when a father ran into a burning home to save the family’s pet Chihuahua.

A dad ran into a burning house to rescue his teenage daughter and a pet dog in Heywood.

Nick Murphy had gone out to collect his wife Lorraine from work when a fire broke out at their family home at around 3.30 pm on Monday.

His daughter Isabel, 15, called Nick saying there was black smoke coming from downstairs.

The couple rushed back as quickly as they could but by the time they arrived home, the kitchen was engulfed by flames with smoke bellowing from the windows.

The Efforts to Save Pet Chihuahua

Nick, 55, ran straight into the property to find Isabel, waiting by her bedroom door with their pet chihuahua Rolo wrapped in a blanket.

He then managed to guide Isabel and Rolo down the stairs through thick black smoke and outside to safety.

They managed to escape unhurt, yet the fire destroyed their house and all of their belongings.

Lorraine, 55, says they are all still in shock by what happened.

“When we got back to the house the smoke was so thick we couldn’t see our hands in front of our faces,” the mum said.

“We knew Isabel was home because she was the one who called us to say the house was on fire, I was panicking because the firefighters still hadn’t arrived and she was trapped in her bedroom.

“I was running around like a headless chicken, but Nick just let his paternal instincts take over.

“He put a coat over his face and ran up the stairs even though he couldn’t see his feet.

“He grabbed Isabel and took her downstairs with the dog. He’s a hero, I can’t believe how brave he was.

“We may have lost our house, but because of him we’ve still got our daughter.”

The couple say they have been overwhelmed by the kind support of people in their community.

For now they are living in a rented house until their property has been cleared up and repaired, which could take months.

“We can’t get over how kind people have been with us. People have really rallied around, and I don’t know how to thank them all.

“We’ve had offers through for all sorts of things, and it really has meant the world to us.”

The cause of the fire hasn’t been confirmed, but firefighters told Nick it may have been started by embers left in a bag after the wood burner had been cleaned out.

A GoFundMe page set up by their son George has so far raised more than £4000 to help them get back on their feet.

Lorraine, who works at an NHS rehabilitation centre, added: “We’ve lost almost all our belongings and the state of our house is devastating.

“The worst part is we are not covered insurance wise and will need to find all of the money ourselves in order to pay for the repairs.

“I know it’s my fault for having it. I’ll never do that again.

“People in the community have been absolutely amazing. We don’t know how to thank them.”

People can donate to the family fundraiser here.