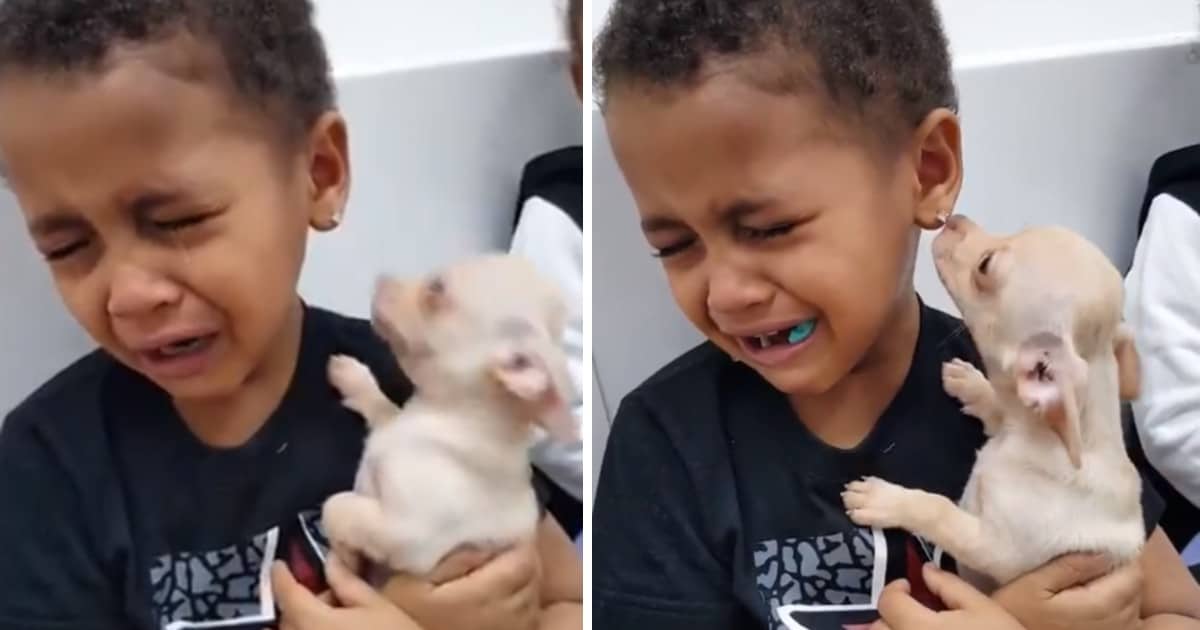 Everybody loves a cute puppy, but have you ever seen one so cute that you can’t handle it? That happened to one little boy. He was so overwhelmed by the adorableness of a little chihuahua that he broke into tears, as captured in an adorable viral video.

In December 2015, a woman named Debbie Rochelle took her 4-year-old son Zayden to a pet store. The little boy was excited… especially when he got to hold a cute chihuahua puppy in his arms.

But up close with the little dog, he broke into tears… not out of fear or sadness, but just because the dog was so overwhelmingly cute.

“She’s so cute,” Zayden tells his mom. “She’s so beautiful!”

I think this is still the most precious thing I’ve ever witnessed on the internet. pic.twitter.com/wYx3a9T0Vy

Debbie filmed the precious moment on Facebook, where it went viral with nearly 4 million views.

It recently went viral after someone shared it on Twitter.

Many people wondered if Jayden got the dog he fell so in love with. The answer is that he didn’t adopt that exact puppy, but he did get another Chihuahua puppy, who they named Asha.

Something told me there was an adorable deficit that needed to be filled.

Are the tears enough to show this boy’s love for the dog?

When parents get a pet for their kids, they must ensure they want one and that they’ll love and take care of them forever.

But it’s clear that this little boy truly loves dogs, and he and his chihuahua friend will be friends for life.