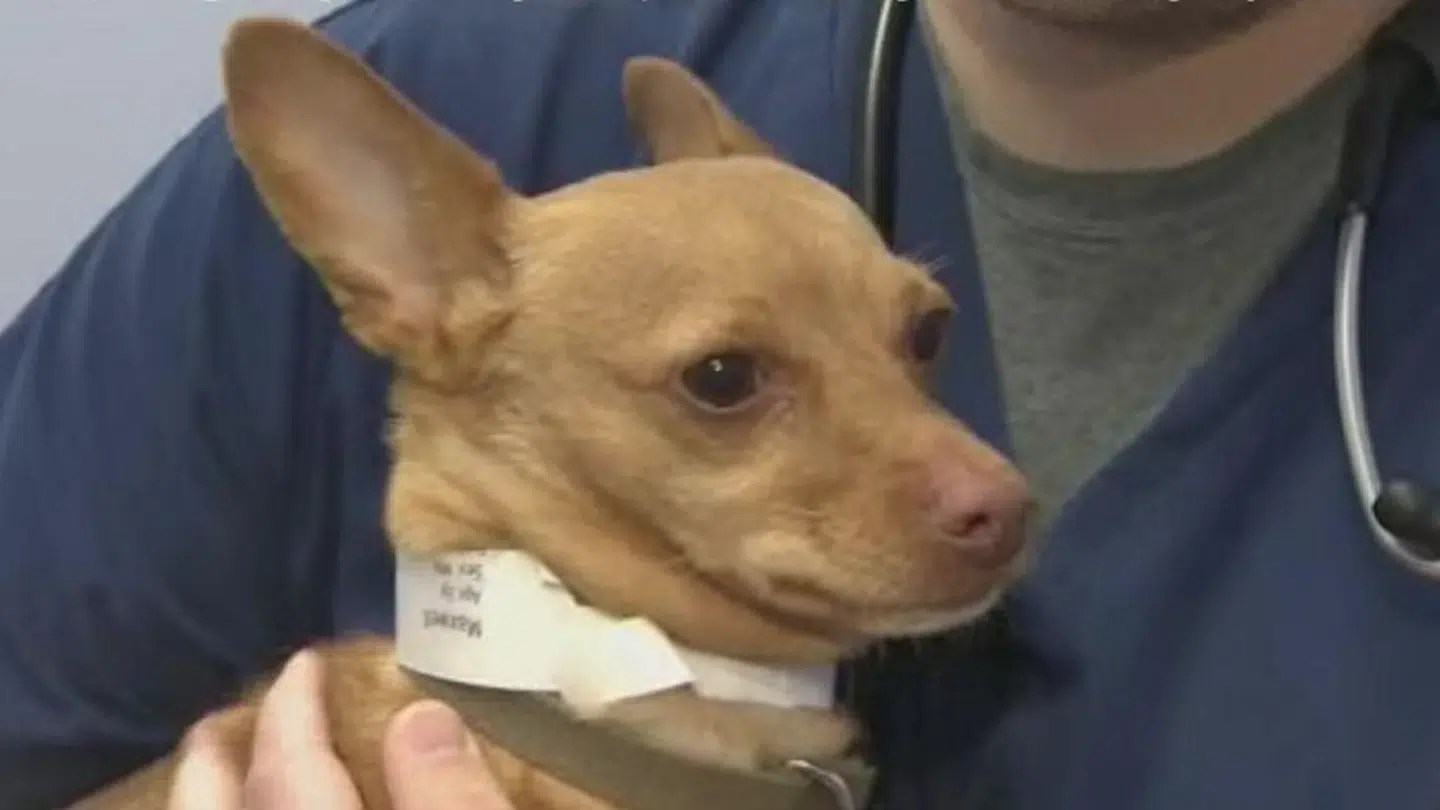 Could you believe that there can be a drunk Chihuahua? Well, you should. A Pennsylvania man was charged with animal cruelty after his pet Chihuahua allegedly got drunk on vodka. Police took the pint-sized pooch to an emergency vet service after it was clear the animal was drunk.

CBS Pittsburgh reports it all started when police found 3-year-old Maxwell lapping up vodka from the center console of a car that had hit a fence in Bethel Park.

Police say the alcohol was spilling from a bottle resting on Thomas Bloedel’s lap. The 12-pound pup stumbled around like a person who was drunk. His pupils were dilated,” Dimitri Brown, of University Veterinary Specialists, tells WTAE.

By the next day, Maxwell was back to normal. “He wasn’t showing any signs of what happened,” says Brown. He notes that cases of animals sampling their owner’s drinks aren’t unusual. Maxwell is currently staying at the animal control officer’s house.

Meanwhile, they also charged Bloedel, 44, with misdemeanor counts of DUI and terroristic threats. He allegedly threatened to shoot and kill the cops who approached his car. Although, CBS notes he didn’t have a gun on him. They also sentenced this man for biting off a chihuahua puppy’s head.

How They Discovered the Drunk Chihuahua

According to the report, they arrested Thomas Bloedel after they found him inside his running car. The car was also in gear with a vodka bottle on his lap and two Vicodin.

The vodka was reportedly pouring onto the car’s center console, and his pup, Maxwell, was apparently licking it up.

They took the 3-year-old, 12-pound chihuahua to a vet, where they put him on an IV.

“Last night, he was walking like a drunk person; he had dilated pupils.

Thankfully for Maxwell, things are looking up.

“He’s doing really well. Super happy, playing outside, getting treatments and lots of care today,” said Brianna Chilleo. “I felt bad for him. He looked really out of it, worried, anxious, and a little stressed. But somehow, he knew we’d be able to help and get him feeling better.”