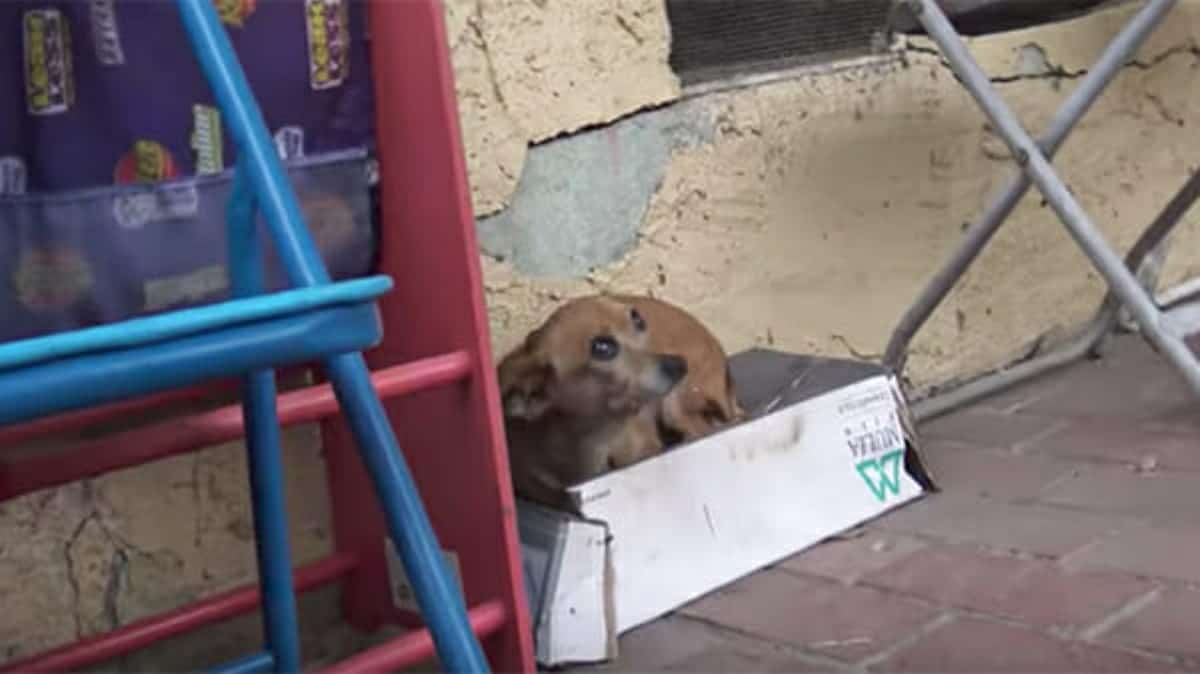 Poor 3-Legged Chihuahua Sleeps in a Shoebox in the Rain.

To me, it’s not even a question or a debate: Every dog in the world deserves a warm and loving home! This is why it hurts so much to see abandoned dogs living on the street, fighting for their lives. Here we have a sad story about a poor Chihuahua.

Fortunately, there are a lot of great animal rescue organizations out there. The people working with these organizations are true heroes, and they deserve all the praise in the world for dedicating their lives to rescuing animals in need.

When rescuers arrived at the scene, they found the poor pup sleeping on top of a shoebox in the rain. Seeing the dog in that wretched condition crushed their hearts – it was like she knew no one loved or cared about her.

They then decided to lift the little poor Chihuahua – and soon realized that she wasn’t like other dogs. The dog they named Princess was missing one of her forelegs and didn’t look like she could walk properly. They wrapped her up in a towel, brought her to their car, and drove her to an animal hospital, where they gave her a warm bubble bath.

When the rescuers started investigating the case, they learned that the neighbors thought the dog belonged to the people next door. The dog lived outside for five months before one neighbor realized something was wrong. That’s when the neighbor called animal rescue.

When they got the call, Eldad and Loreta from Hope for Paws went straight to the house to save the little dog. The homeless Chihuahua hadn’t felt loved for a long time. But Princess’ eyes lit up when the rescuers stroked her with love and promised to protect her.

After Princess was cleaned up and had a hearty meal, a veterinarian examined her. It turned out that the little doggie was in surprisingly poor shape. She had severe anemia and diseases that left her constantly weak and tired.

Soon, Princess was running around on her three legs and seemed to enjoy the people around her. Then in March 2017, Hope For Paws was happy to announce that Princess had found a foster home.

We’re happy these animal lovers found Princess and nursed her back to health!