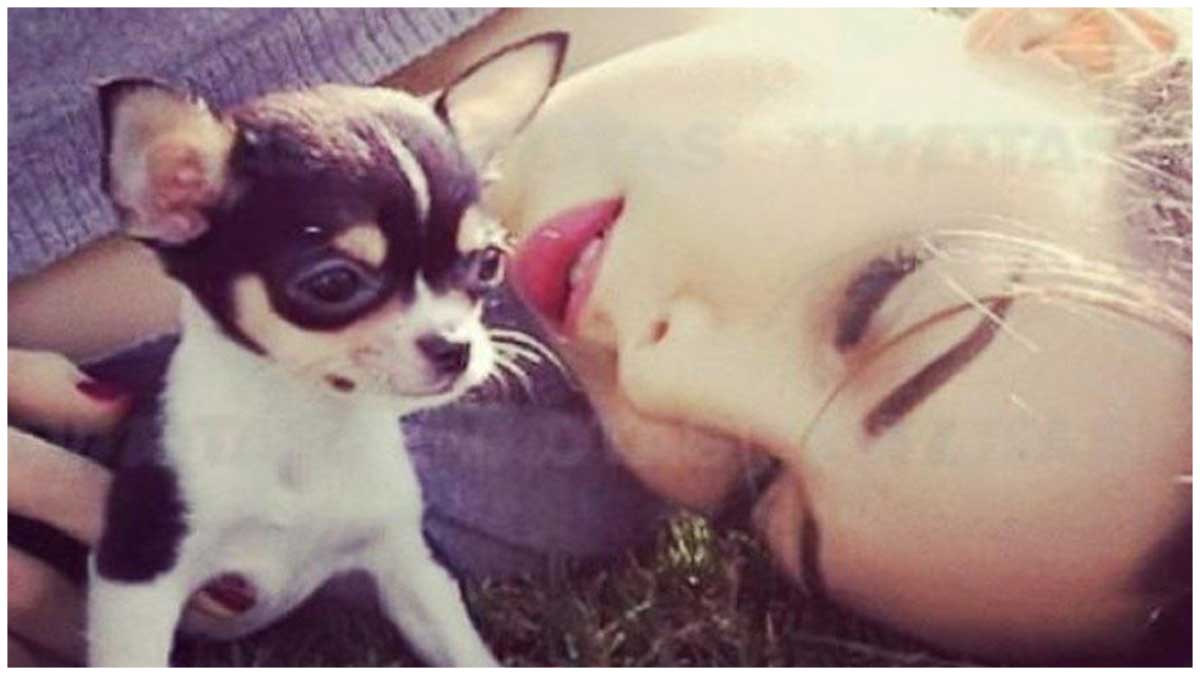 Although now also Belinda and Christian Nodal will have to share more responsibilities to take care of a new member, the couple is happy with the idea and they have made it known to their fans through their Twitter account.

Many of his followers hope that the most famous couple of the moment of the news of their upcoming wedding or pregnancy, is now that Belinda and Christian Nodal have a new illusion and it is the Sonoran himself who reveals the novelty to his followers.

Although the couple has not yet specified anything about the plans that at some point they will unveil, at least the arrival of this new member will prepare them in a certain way about carrying an even greater responsibility like that of a child.

In days gone by, Belinda was very sad about the loss of her beloved puppy, “Gizmo“. He assured after bidding farewell, he would always carry in his heart.

Together with Christian Nodal, and a new creature that comes into their lives the interpreter of “Light without gravity” he will offer all his love, his arms will no longer be empty!

Welcome to the ‘4’ family, was the message with which Nodal accompanied the black and white image of a puppy.

It was the regional music singer himself, Christian Nodal who introduced his followers through his account Twitter the new son he has with Belinda, a tender puppy to whom they will surely give all their love.

So far, apparently, the little being has no name yet, according to the brief information revealed by the singer of “Adiós Amor”, possibly Beli will be in charge of finding a suitable name for the “Perri-son” of which now both will take care of.

The couple is very fond of pets, proof of this are some of the images that the singer-songwriter of regional Mexican music has starred with his doggy love whom he calls “Zoro”.

Apparently, Nodal is a regular fan of the Japanese anime “One Piece”, where “Zoro” is one of the main characters in this series.

For her part, in recent days “Beli” was very sad and devastated in front of her fans after losing her faithful companion in adventures, a Chihuahua dog named “Gizmo”.

The Light Amidst Darkness

The famous singer’s friend had accompanied her for 13 years and despite having had health problems, “Gizmo” had struggled on several occasions to continue with her beloved owner, however, last Wednesday, the animal no longer He was able to continue living after going through an attack due to a heart murmur that had plagued him for several years.

The beautiful singer gave a very emotional farewell on social networks, which she accompanied with several images about the moments they would have shared together, “Beli” honored her memory with the promise of not forgetting it and always carrying it in her heart.

The biggest sadness was my little companion, my Gizmo, my guardian angel, 13 years together. I cannot express the pain that I feel in my heart, in my chest “, was part of the great message that” Sapito “showed on her social networks.

Immediately, the support of her fans was present and they reacted with several emotional messages in which they offered consolation to the singer for facing this loss.

Although in some comments, they suggested having another pet, many of his loyal admirers said that it was something that not everyone could understand so they understood it better than anyone.

It is a really painful loss, many people do not understand that part that a puppy is the most faithful companion and with the purest love in the world.