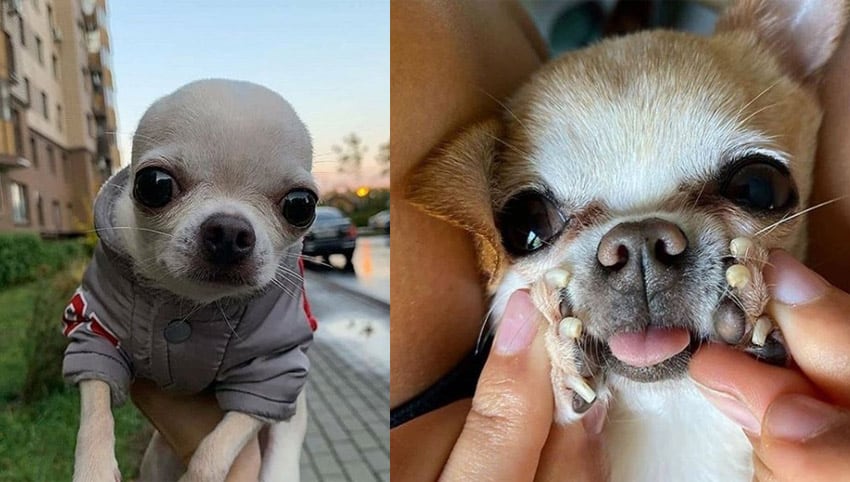 Science Says Your Chihuahua Adopts Your Personality Over Time

You may know dogs and people whose personalities mirror images of each other. A low-key pet parent with an equally mellow pup or an outgoing pet parent with a dog. So they greet everyone with wet kisses. This might not be a coincidence, as scientists say that dog personality is strongly linked to human nature.

In a study published in Applied Animal Behaviour Science, researchers asked pet parents to rate themselves on five major personality dimensions (as well as on corresponding personality traits of dogs).

“The Big Five,” as they’re referred to in the psychology community, are.

Neuroticism (a tendency toward feelings like anxiety and fear). Extraversion, Conscientiousness, Agreeableness, Openness (level of creativity, curiosity, and being open to new ideas)

Also, when dog parents spend extra time scratching their dogs’ bellies. They take them out for long walks and games of fetch. Or even when they feel constant frustration over their dogs’ naughty chewing habits, they are gradually shaping their pets’ personalities. Dogs, like people, have moods and personality traits that shape how they react in certain situations. New findings from Michigan State University went where few researchers have gone before to reveal that, like humans, dogs’ personalities likely change over time.

“When humans undergo big life changes, their personality traits can change. So we found that this also happens with dogs – and to a surprisingly large degree,” said William Chopik.

“We expected the dogs’ personalities to be fairly stable because they don’t have wild lifestyle changes humans do, but they change a lot.

We uncovered similarities to their owners. The optimal time for training and even a time in their lives that they can get more aggressive toward other animals.”

The research, published in the Journal of Research in Personality, is one of the first – and is the most significant – studies of its kind to examine changes in dogs’ personalities. Chopik surveyed owners of more than 1,600 dogs, including 50 different breeds. Dogs ranged from just a few weeks old to 15 years and were split closely between males and females. The extensive survey had owners evaluate their dog’s personalities and answer questions about the dog’s behavioral history. The owners also answered a survey about their personalities.

“We found correlations in three main areas. Age and personality, in human-to-dog personality similarities, and the influence, a dog’s personality has on the quality of its relationship with its owner,” Chopik said. “Older dogs are much harder to train. We found that the ‘sweet spot’ for teaching a dog obedience is around the age of six. And when it outgrows its excitable puppy stage but before it too set in its ways.”

One trait that rarely changes in age with dogs, Chopik said, was fear and anxiety.

Honing in on the saying, “dogs resemble their owners,” Chopik’s research showed dogs and owners share specific personality traits. Extroverted humans rated their dogs as excitable and active, while owners high in negative emotions rated them as more fearful, dynamic, and less responsive to training. Owners rated themselves as agreeable and their dogs less threatening and aggressive to people and animals.

The owners who felt happiest about their relationships with their dogs reported active and excitable dogs. And dogs who were most responsive to training. Aggression and anxiety didn’t matter as much in having a happy relationship, Chopik said.

“There are a lot of things we can do with dogs – like obedience classes and training – that we can’t do with people,” he said. “Exposure to obedience classes was associated with more positive personality traits across the dog’s lifespan. This gives us exciting opportunities to examine why personality changes in all sorts of animals.”

Next, Chopik’s research will examine how the environment owners provide their dogs might change their behavior.

“Say you adopt a dog from a shelter. Some traits are likely tied to biology and resistance to change, but you then put it in a new environment where it’s loved, walked, and entertained. The dog might become a little more relaxed and friendly,” Chopik said. “Now that we know dogs’ personalities can change, we want to make a strong connection to understand why dogs act – and change – the way they do.”