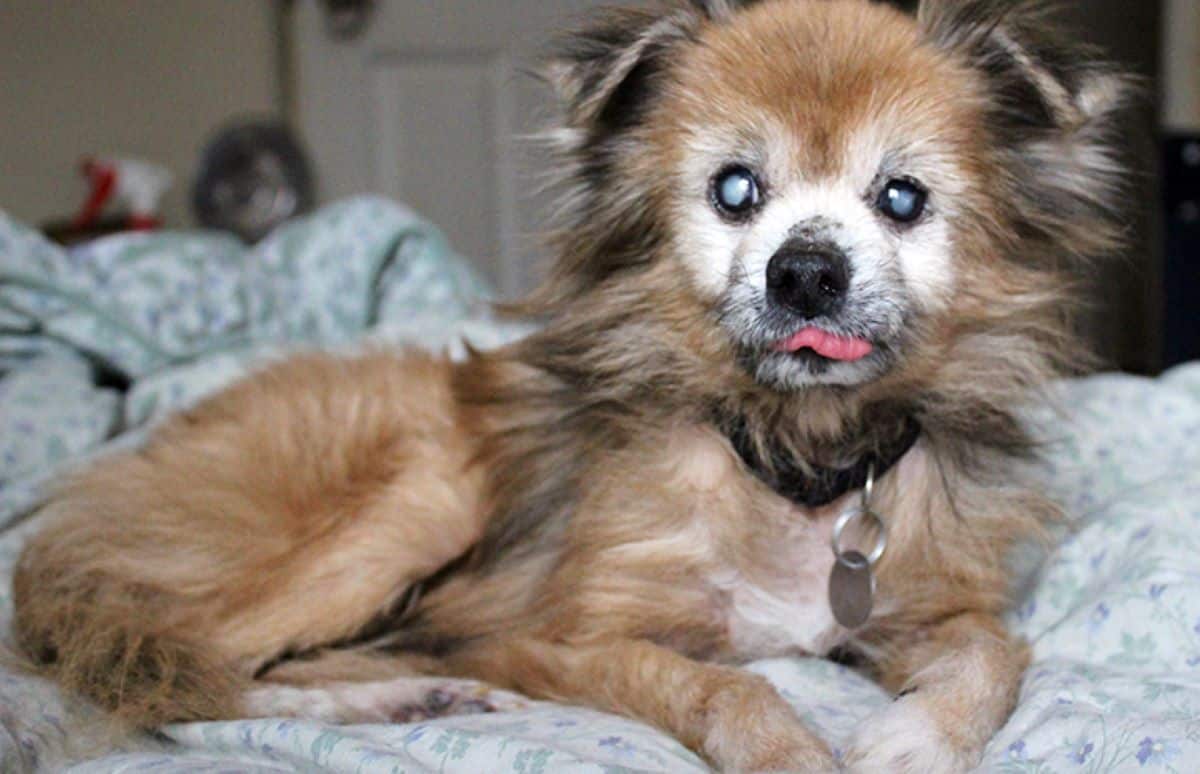 Chihuahuas to Brighten Your Day – Getting to Know Polar Bear

Because we love Chihuahuas, we constantly hear about these lovely pups living in neglected environments or overcrowded homes. This was also the case for our story’s protagonist, who spent most of his life locked inside as he was one of many dogs living together in a small place. However, this was before Polar Bear was discovered by the Best Friends organization, which went on a relentless quest for finding him a forever home.

There, Polar Bear met a couple who felt tremendously touched by the senior dog’s previous lifestyle. They immediately rolled up their sleeves and set out to make this Chihuahua’s last years some of the best in his life. And, with a little care and attention, they managed to do that effortlessly. Continue reading to learn about Polar Bear’s inspiring story, and restore your faith in humanity.

The Medical State in Which this Chihuahua Was Brought in

Since Polar Bair lived tightly bound with all the other chihuahuas in his den, he suffered many medical issues. The first thing that the caretakers noticed about him was that he had cataracts. Because of his blurry eye condition, he became partially blind. Polar Bear also suffered from a skin condition that made him lose his hair really early on. And because of his joint problems, his knee caps often went out of his sockets. This caused the poor pup to have difficulties with walking, running, or jumping. As a result, he reserved a much calmer nature.

The pet-aiding organization quickly posted about Polar Bear on social media, where word spread faster than you can say Chihuahua. Since they described the senior dog as “young at heart” and “excellent with other pups,” he quickly got a fan base that helped him to his forever home. A couple with a soft spot for senior dogs then contacted Best Friend, and Polar Bear got lucky again. Kathy and Joe Alvarez (the rescuers) were already sharing their home with three other senior dogs so that Polar Bear could fit right in. And boy, did he.

The True Nature of Chihuahuas as Seen on Polar Bear

What followed by Polar Bear’s story is enough to make any dog-lover tear up. The poor Chihuahua loved his new home so much that he immediately started improving. Polar Bear’s new family reported that the dog spends most of his days out in the sun, basking in the beautiful rays of Atlanta. Kathy and Joe have also utilized a lower area where they can eat, drink, and socialize without wasting too much energy in doing so.

The sweet couple also told the news that Polar Bear has already made great friends with their other rescues. As they explain, the family’s older female dog has already started to take care of the Chihuahua as if he were his own pup. Kathy herself has found an amazing appreciation for Polar Bear, stating that “to care for him is an honor, not a sacrifice.” She says that while she knows how much their adoption helped Polar Bear, what he did for her could never be returned. Just how sweet is that?