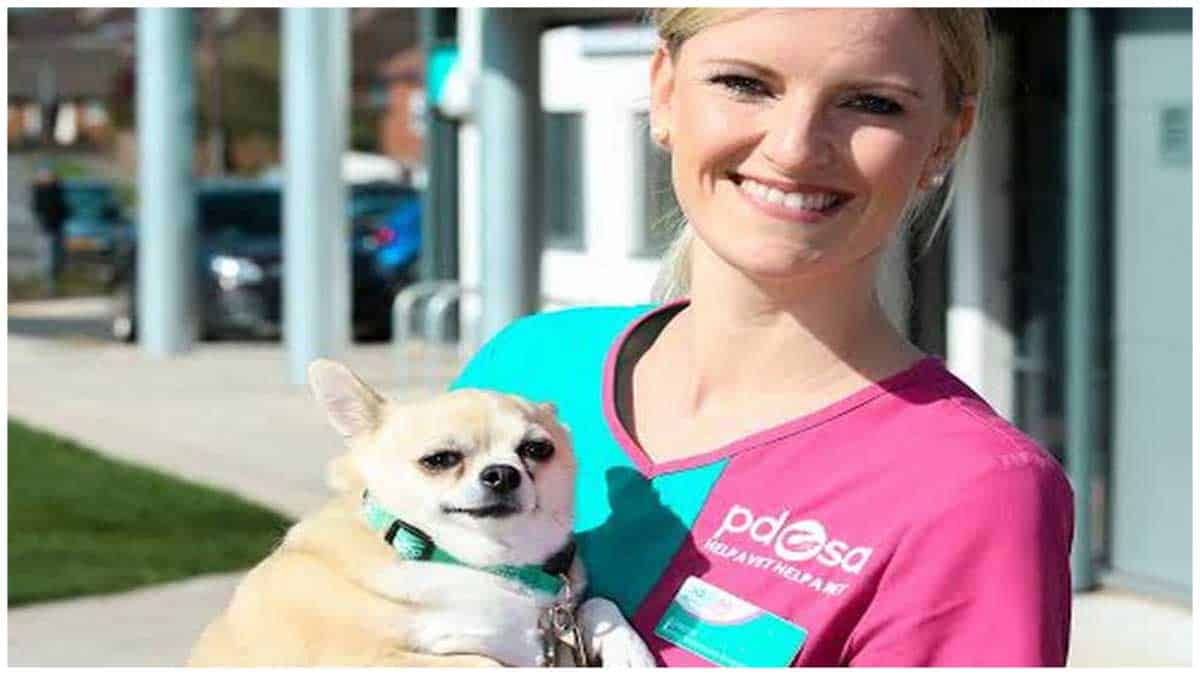 Food-thieving pooch Tyty will take on 11 overweight pets from across the UK. He will be in with the chance to be the top slimmer. Here’s our chubby Chihuahua and his story.

A food-thieving Chihuahua from Helensburgh has reached the finals of the UK’s largest pet slimming competition.

Heavyweight hound Tyty is hoping to lead the way for millions of overweight pets across Britain. He has been selected to compete against 11 other fat pets — including dogs, cats, and even a rabbit.

The chocolate-mad podgy pooch has been selected by the PDSA to take part in its annual Pet Fit Club competition. This race was launched to “help combat the pet obesity crisis”.

Tipping the scales at nearly a stone (12lb/5.5kg), Tyty weighs almost 85 percent more than he should.

The seven-year-old’s weight-gain has been caused by his thieving ways.

He may be smaller than most dogs but is a big-time bully when it comes to food.

He takes the lion’s share from his canine housemates. And, he even steals potentially deadly treats like chocolate bars from his owner.

The greedy pooch has such an insatiable appetite. He has been known to take food from his doggy pals’ mouths while they’re eating.

Helensburgh owner Julie Brennan, 31, admits to feeding him unhealthy treats like hotdogs in the past. But, he believes there are lots of reasons for his size.

She said: “Tyty will eat anything. Chicken is his favorite food. But, I remember one time I was eating a chocolate bar when he snatched it off me and ran off! I managed to get it back but he wasn’t happy.

“I’ve got seven dogs altogether, but Tyty is definitely top dog – he rules the house. None of my other pets are overweight. But, they don’t get a chance because Tyty will literally steal food from their mouths.

“One of my dogs is 17, deaf and blind, so given the chance, Tyty takes advantage of him.

“He’s also terrified of going outside for a walk because he doesn’t like traffic, which has made his weight situation worse. He does like to run about with my other dogs in the garden, but he gets tired very quickly.”

As part of Pet Fit Club, Tyty will embark on a strict six-month diet and exercise program.

Overweight pets are a big problem and it is estimated around one-third of UK dogs and a quarter of cats are now overweight or obese.

The cause is no mystery either with millions of them fed scraps or leftovers as their main meals.

Owners have also admitted ‘treating’ their pets by giving them fatty, sugary, and, in some cases dangerous, foods including cake, chocolate, biscuits, crisps, chips, and even takeaways.