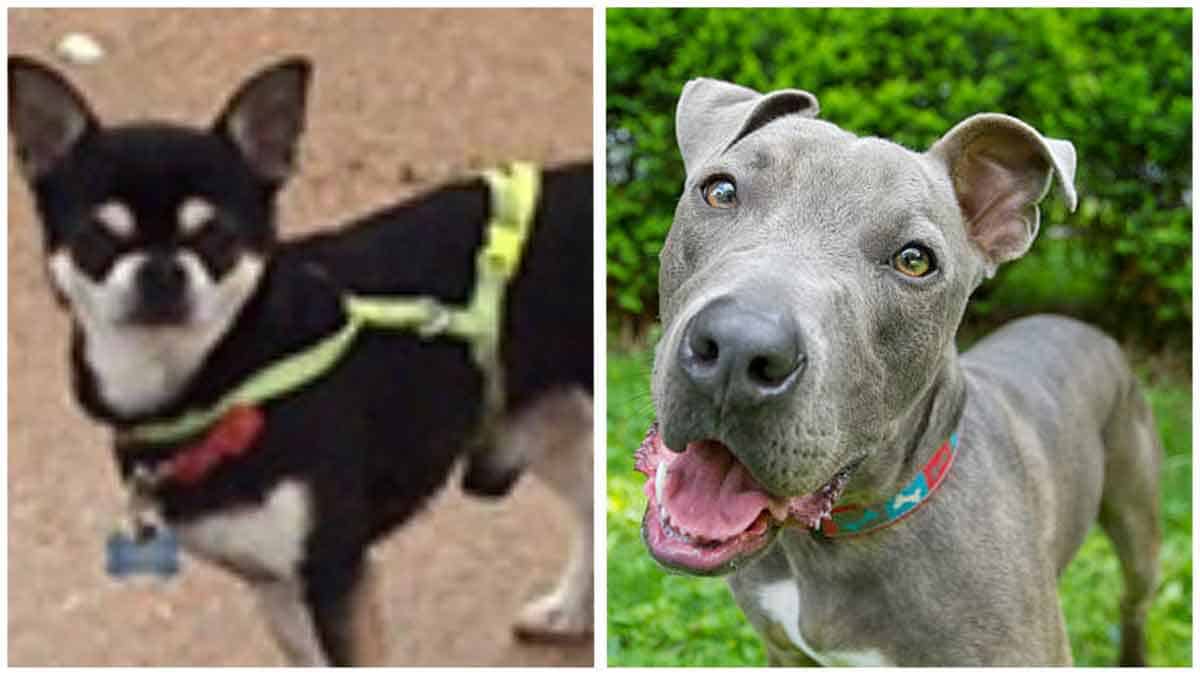 Chihuahua Got a Heart Attack after Being Savaged by Staffie

Owners of a three-year-old chihuahua called Fudge were still in shock after the little dog was attacked by a Staffordshire bull terrier and literally died of a heart attack.

The incident happened at the normally quiet west end of Portobello beach just after noon on Friday (October 16).

Helen Heaney was walking her two pet chihuahuas, Fudge and Sky, when she noticed a man walking towards her with three Staffordshire crossbreed dogs – two brown and one black.

They were all off the lead and Helen began to feel a little uneasy, but she had no idea of the carnage that was about to happen.

Fudge the chihuahua died of a heart attack following a dog attack on Portobello Beach.

Helen, from Edinburgh, told the Edinburgh Evening News: “The dogs love going for a walk on Portobello beach and we go to the quiet end. There weren’t too many people around just after 12 pm, but this man started walking towards us with his three dogs.

“I was a bit worried about them being off the lead, but the man smiled at me. Then the black one went for Fudge and started chasing him – he had this glint in his eye. I picked up Sky.”

As Helen was protecting Sky from harm, the black Staffie bit Fudge. The dog’s owner had to pull the little chihuahua free from its jaws. By this time all three dogs of his dogs were totally out of control.

“I tried to walk away,” said Helen, who was now holding the ailing Fudge. “He couldn’t control his dogs – they were just going mad now. He was kicking them and shouting at them.

“I could feel Fudge fading, so I had to race to the vets.”

Sadly Fudge died before Helen got him to the veterinary for treatment.

“He didn’t have a mark on him. The vet said he had died of a heart attack from the fright of the attack.”

How it Went On

Before she sped off to the vet with Fudge, Helen left her phone number with a bystander so she could find out what happened with the dogs and their owner.

“They said the dogs started attacking him and it got so bad he had to jump into the sea to escape from them,” said Helen. “It just upsets me that my dogs are off the lead and bother no one.

“He had his dogs off the lead and they did this. I just don’t want this thing to happen to any other dogs.”

Helen said the owner of the three Staffordshire crosses was in his 50s and was wearing a brown coat and a cowboy hat at the time.

The matter has now been reported to Police Scotland.

A spokesman said: “Police were made aware of a dog attacking another dog on Portobello beach around 12 pm on Friday, 16 October 2020. The dog suffered serious injuries and died at the scene. Inquiries are currently ongoing to establish the circumstances surrounding the incident.”

If anyone has any information they should contact officers on 101 quoting reference number 1435 of Friday, October 16.