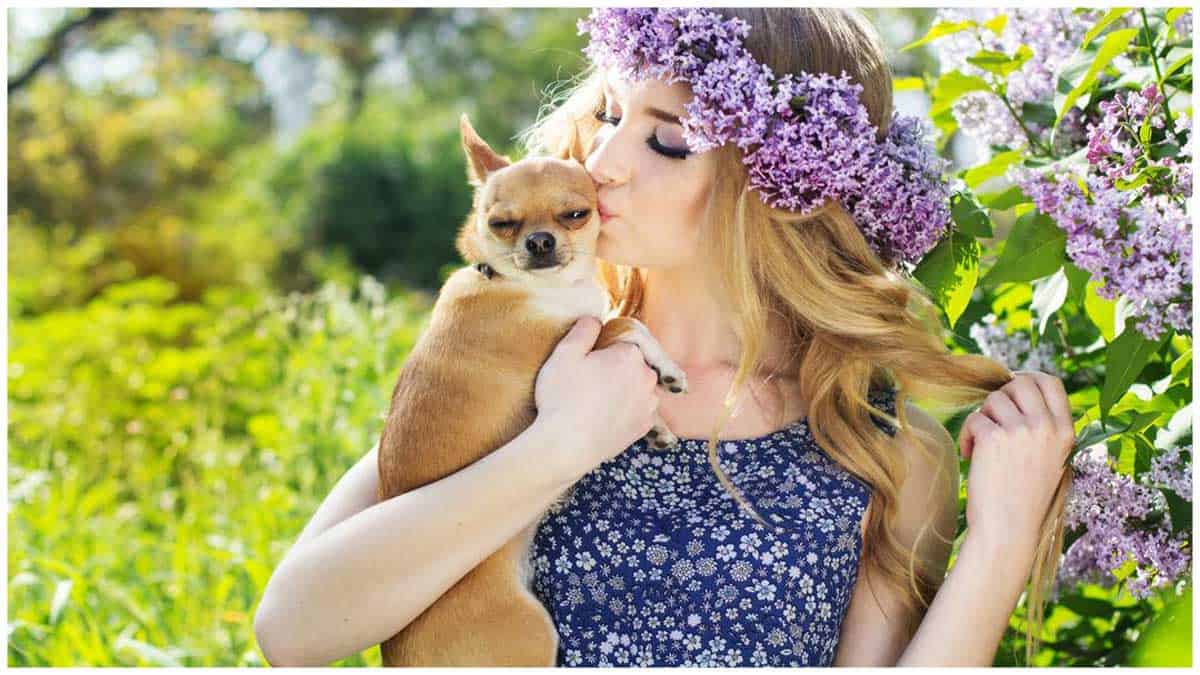 You may be fond of Chanel No. 5. But, your dog has a different take on what constitutes a pleasant smell. With that in mind, we come down to a very significant question. Does human perfume affect dogs?

Even Princess Fufu, the aristocratic French poodle across the street, has fragrance preferences that would make you gag. Like all dogs, she’ll roll in the foulest funk. Think animal waste, animal remains, and even reproductive leftovers — and delight in showing off what she found to her people.

In our world, perfume is a multi-billion-dollar industry. New scents are constantly being developed. More and more products are smothered with an aroma for the purpose of attracting consumers. Humans and dogs share a lust for covering the body with some sort of scent. But, what’s perceived as a good odor is a whole different story, explains animal behaviorist and dog trainer Patricia McConnell.

A dog’s nose is thought to be 1,000 to 1 million times more powerful than a human’s nose. So, Rover is constantly affected, both positively and negatively, by the many wafting aromas that surround him. While a spritz of perfume may seem pleasant to you, from your furry pal’s perspective it’s more like dealing with an elephant-sized dose. That can be very intense and often stressful, explains veterinarian Ernie Ward. This reaction isn’t limited to perfume; Scruffy is likely also bothered by carpet cleaners, potpourri, hair sprays, and air fresheners.

Researching how perfume affects Rover is tricky because dogs can’t easily convey their emotions upon encountering a scent. However, you can obtain some anecdotal evidence by observing his behavior. If you put on some perfume or aftershave and let your dog sniff it, most likely, he’ll back away. Or, plead with you to go take a shower to get it off. Giving your dog a bath with a scented shampoo seems to further confirm his strong opinion; as you watch in horror, he’ll likely roll in the grass in hopes of gaining back his dearly missed doggie smell.

It makes sense for humans to be attracted to certain smells and dogs to others. After all, humans and dogs are different species. Your ancestor, the early humanoid primate, was naturally drawn to plump, juicy fruits, which explains why you continue to be attracted to fruity and flowery smells. With a past as a scavenger, your canine companion is likely repelled by your strong perfume but terribly attracted to the scent of ripe carcasses.

On a more serious note, dogs can be negatively affected by perfume if they happen to ingest some; indeed, both perfume and aftershave contain ethanol, which can be very toxic to dogs. Not to mention the essential oils contained in perfume, which — when combined with the ethanol — can result in a very dangerous concoction when ingested, according to the Gwinett Animal Hospital in Snellville, Ga. Perfume and dogs, therefore, ultimately don’t mix. If you want to make keep your dog safe and happy, try to limit his exposure to perfumes, lotions aftershave, and the like.