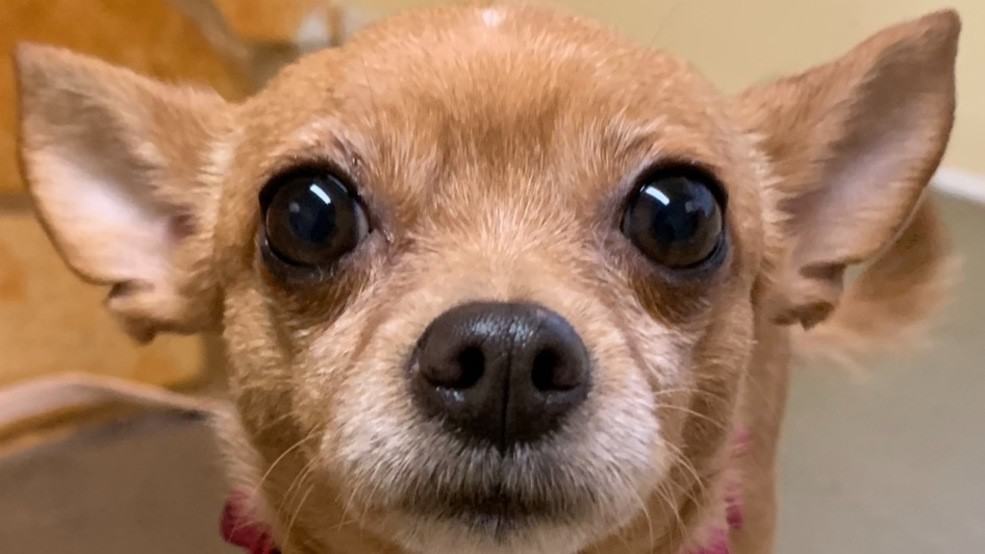 Dog Runs Off with Pet Chihuahua in Mouth

The owner of a Chihuahua missing for eight days after a dog ran off with him in its mouth said she is still hopeful of finding him. But, the chihuahua in mouth incident was shocking in itself.

Owner Jenna Beeby said the dog that took Munchie was on its own and looked like a Staffordshire Bull Terrier. Munchie has not been seen since.

Miss Beeby said “getting him back would mean everything”.

Munchie was taken at about 19:00 on 20 August when they were out walking in Falcon Way, Derby.

The 27-year-old said at first, the dog was all right and sniffed Munchie.

“But then it started attacking him, went for him, pinned him on the ground – I was trying to get him off but it would not let go,” she said.

She added it pulled him out of her hands and ran off with him with his lead and collar still on.

“I tried running after but it got away. I keep reliving it,” she said.

He was a “very nervous” dog who never liked to walk and would not approach strangers, but “he liked cuddles”.

The retail assistant said: “I’ve not been sleeping, eating or going to work – I’m just so traumatised and upset. Getting him back would mean everything – he’s our little baby.

“We still have hope of finding him.”

Derbyshire Police said anyone with information should contact them.