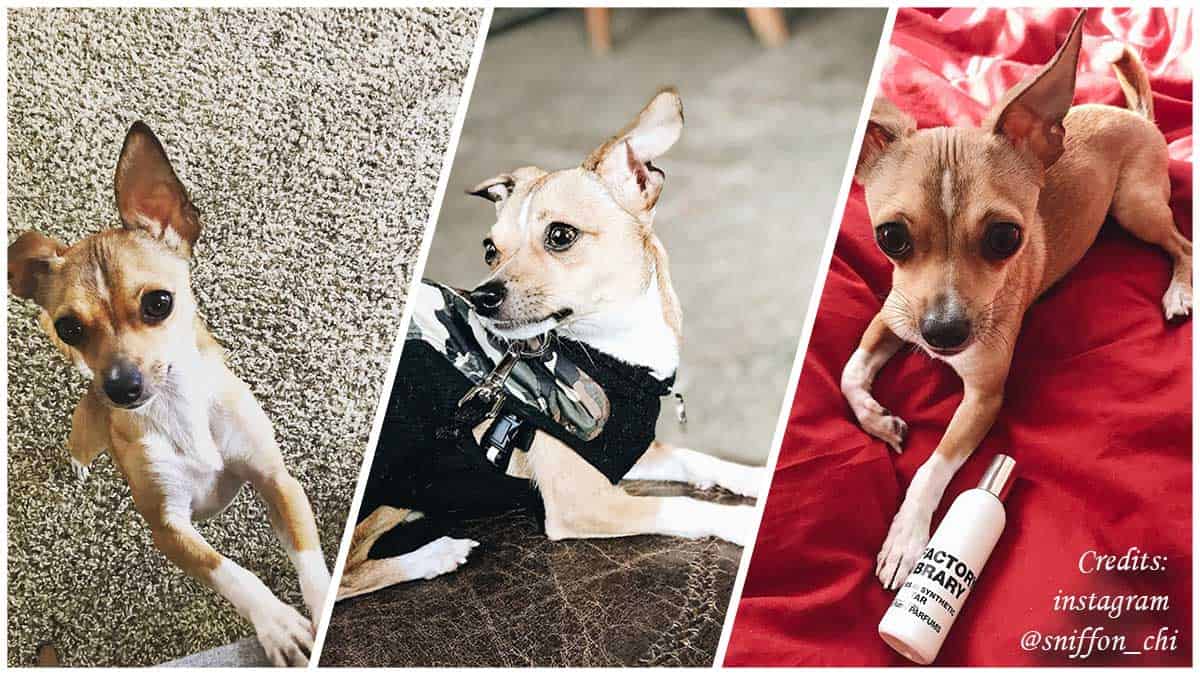 When it comes to adopting a dog, it’s only natural that Arianna, an art manager, and her husband, Constantine, a scientist, theorize about what kind of dog would best convert their little family from a duo to a trio.

Arriving in the United States from Ukraine two years ago, the couple were busy working on a project that explores the power of scent. They’re highly creative in everything they do and love to theorize and research — which is just how they approached pet adoption.

“I plunged into the research,” says Arianna. “What is it to adopt a dog? Where to take him or her? What is the best age for us, and what am I ready for?”

After she asked the big questions and became confident that she and Constantine were ready to adopt a dog, they visited the Best Friends Pet Adoption Center in Atlanta, ready to test Arianna’s theories and find the dog that would be best for them. But here’s the thing about adopting a pet. They usually make it very easy.

All it took was Arianna seeing a little Chihuahua who was sitting patiently, waiting to meet her, and she knew that he was the one for them. Love at first sight, it turns out, isn’t complicated at all.

Arianna had come to the center that day feeling defeated. Another dog she was interested in at a different shelter had been adopted: “Right in front of my nose,” she says.

A friend encouraged her to stop by the center to test her luck. And there in an area with six fellow dogs was the little Chihuahua who stole her heart. He was the tiniest of the bunch. The little dog had been found wandering alone on a road and then brought to a Fulton County animal shelter. When no one claimed him, Best Friends took him to the pet adoption center for two reasons: to help him find a home and to make more room at the county shelter.

“He had a lot of personality for a five-pound guy,” says Nichole Dandrea, social media community manager for Best Friends in Atlanta. “He was a total sweetheart.”

After spending a little time with him, Arianna went home and told Constantine the good news: She would be bringing their new dog home as soon as he recovered from his neuter surgery.

That night, Arianna and Constantine got the house ready for their new family member, and couldn’t wait to start exploring the world with their dog, who they decided to name: Sniff von Chi (or Sniff) in keeping with their work with scents. They were going to give Sniff a great life.

Soon after Sniff arrived in his new place, he toppled over on the floor, exhausted. But Arianna and Constantine understood, because just two years ago they, too, had to learn how to adjust to new and different surroundings.

Arianna put a scarf over him, laid down next to him, and he fell fast asleep. She’s been his protector ever since. And although he weighs just five pounds, he’s become Arianna’s brave and fearless bodyguard.

Arianna wanted a dog she could take everywhere with her — from stores and friends’ houses, to parties and art openings. And while that certainly suits Sniff just fine, Arianna spent the first month at home with Sniff, just helping him feel comfortable with his new family.

Walking on a leash and wearing clothes comes easily to Sniff, and it makes Arianna wonder where he spent the first part of his life. But most of the time, she’s busy creating a cool life for him that she documents on Sniff’s Instagram page. There, you can catch him making new friends at the Atlanta Contemporary Art Museum and at the dog park. Sniff is comfortable everywhere.

Lessons from a dog

When asked what Sniff has taught her and Constantine, Arianna thought about it like the researchers they are, has provided the following list.

Arianna writes, “Sniff has taught us:

“This is a story about a warm and deep relationship,” says Arianna. “It’s a relationship that has brought about a new level of responsibility, care and protection.”

It’s also the story of a once-abandoned little dog, who has helped a young couple feel more at home in a new country, and taught them just how simple love can be.