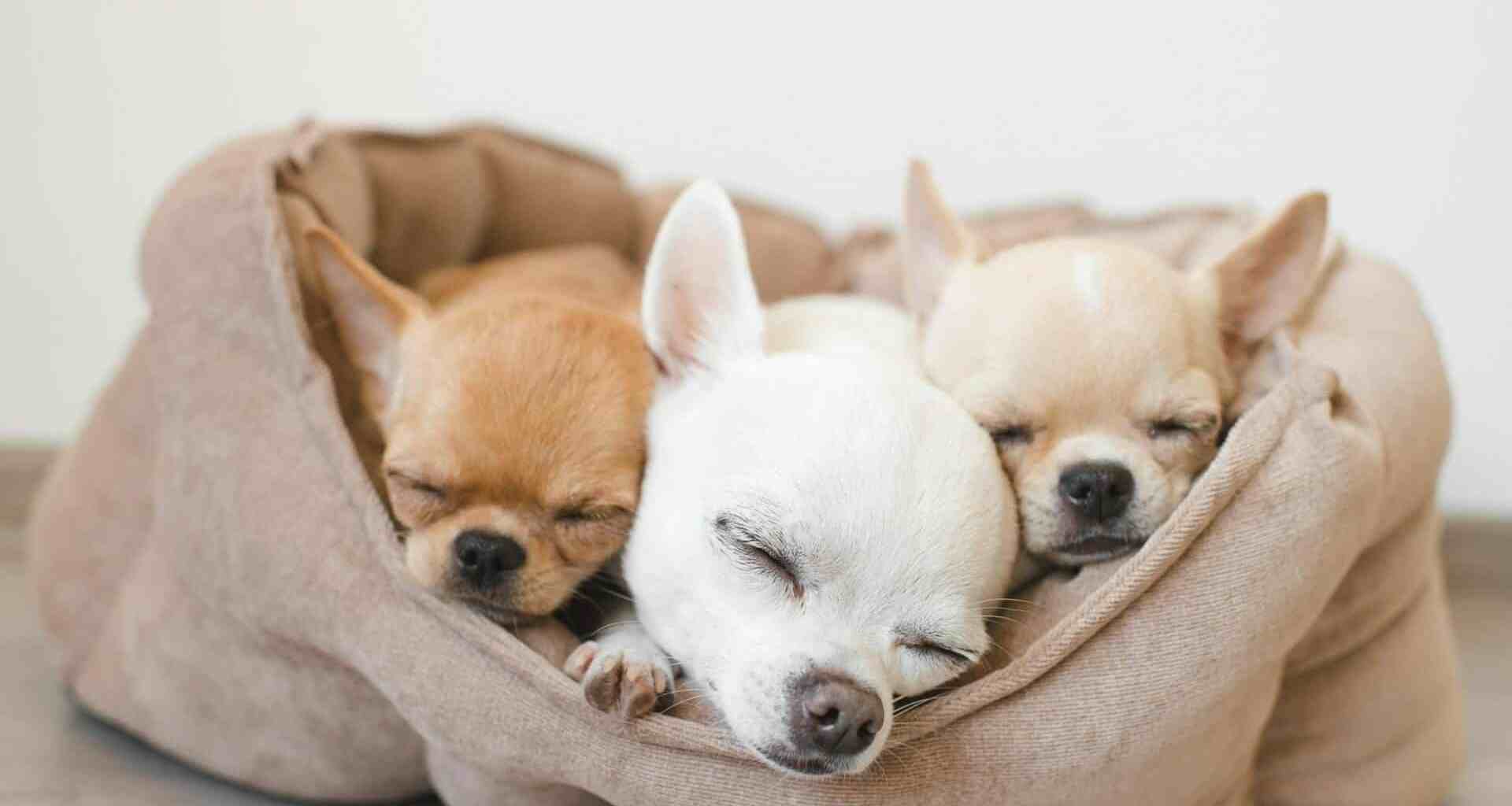 How Many Puppies Do Chihuahuas Usually Have in a Litter?

Chihuahuas are a brachycephalic breed of dog. Aside from their flatter than average faces and larger skulls compared to their bodies, another aspect of brachycephaly is smaller litter than other dog breeds. There’s also their small size to take into account as generally speaking smaller dog breeds like Chihuahuas tend to have smaller litter sizes.

But how many puppies do Chihuahuas usually have, and what is their average litter size? Plus, do they have smaller litter sizes when having puppies for the first time? All this and more are explained below in my guide to Chihuahua litter sizes.

How many puppies can a Chihuahua have? On average, Chihuahuas will have around 3 puppies in each litter usually. 1 to 3 would be the average range, but it’s not unheard of for older Chihuahuas to have larger litters after their first, with up to 5 or 6 puppies. Most chihuahua litters will be delivered by C-section.

Compare the Chihuahua litter size to larger dog breeds, and the differences are quite apparent. For example, German Shepherds can have 8 puppies on average, and even medium-sized dogs like Beagles will average 6 puppies in each litter.

This small litter size is one of the contributory factors to the high price of Chihuahua puppies. There is less to go around, making them more desirable, and therefore more expensive.

How many puppies do Chihuahuas have for the first time?

The younger the Chihuahua the more likely it is that she will have a smaller litter the first time around. As dogs get older, they tend to have subsequently larger litters.

The exact number of puppies a Chihuahua will have at the first time will never be an exact figure, but it could be as low as 1 and as high as 3. Any more puppies than that the first time is unusual.

Chihuahuas then tend to have their largest litter on the third or fourth time they get pregnant. After that litters tend to decrease in size again.

Important: You should not breed your Chihuahua more than four times. Any more pregnancies than this can be bad for their health, plus mental state. You can read more about this lower down the page.

If your female Chihuahua does have a larger litter of more than 3 or 4 puppies, then there could be some health complications. It’s by no means guaranteed, but larger litter sizes will sometimes mean there are underweight puppies who are weaker in the group. These runts can need help and support in getting enough milk from the mother.

In March 2018, a Chihuahua in Kansas gave birth to 11 puppies. This is believed to be a world record litter size. So, the next time someone asks you how many Chihuahua puppies are in a litter, you can tell them all about this huge delivery seen in the video below.

Is it dangerous for a Chihuahua to have puppies?

Earlier I mentioned how the majority of Chihuahuas will have c-sections rather than a natural birth, and there’s a good reason for this; giving birth naturally can be dangerous for the mother and puppies.

Cesarean sections aren’t always needed with Chihuahuas, but it is often advised by the vet due to the narrow hips of the mother, and the larger head sizes of the puppies. Puppies can get stuck in the birth canal, leading to possible fatal consequences for both the litter and mother.

The average cost of a C-section for this breed can range between $500 for a planned procedure and up to $2,000 for very specialized or emergency Caesareans.

How many litters can a Chihuahua have?

Responsible breeders won’t let their Chihuahua have any more than 4 litters of puppies in her lifetime. More pregnancies than this can put a lot of strain on the female’s body.

Now you know how many puppies a Chihuahua can have, how does that compare to other popular dog breeds? I’ve done the research for you, with some average litter sizes shown below.

Being smaller than other breeds it means they don’t have as many puppies, but also have smaller bodies and narrower hips… meaning the capacity for larger puppy numbers is reduced, and dangers are also present during birth.

How many times a year can a Chihuahua have puppies?

Chihuahuas should never have more than 1 litter of puppies in a 12-month period. They should only really be getting pregnant every other year too, in order to give their bodies time to recover.

As most are delivered with a c-section, this will need time to heal, so anything more than this I would say is unnecessarily cruel.

If you are buying a Chihuahua puppy from a breeder, please do ask questions such as:

If the mother has had more than 3 or 4 litters already, please don’t buy as it will probably be a breeder just in it for the money.

How long is a Chihuahua pregnancy?

Given that Chihuahuas mostly give birth via a c-section, it’s important to set the due date and get the procedure booked.

How long your Chihuahua will be pregnant is the same as any other dog breed; an average of 63 days. If you are unsure that yours is pregnant, here are some pregnancy signs to check for.

Chihuahuas make for amazing pets but their size and fragility do require a different level of care than bigger dog breeds. This is particularly relevant when they are puppies.

If you own one who is just about to have puppies, your vet should be able to tell you how many your Chihuahua will be expecting by around the 25th day. This is the earliest point that ultrasound can take place, letting vets count how many puppies are in the womb.

However, an ultrasound isn’t always an accurate way of showing how many puppies your chihuahua will be having, so should only be viewed as an estimate.

The more accurate way to tell how many puppies will be in your Chihuahua’s litter is an x-ray exam, which can take place around day 45. Vets can then count how many skulls are in the womb.