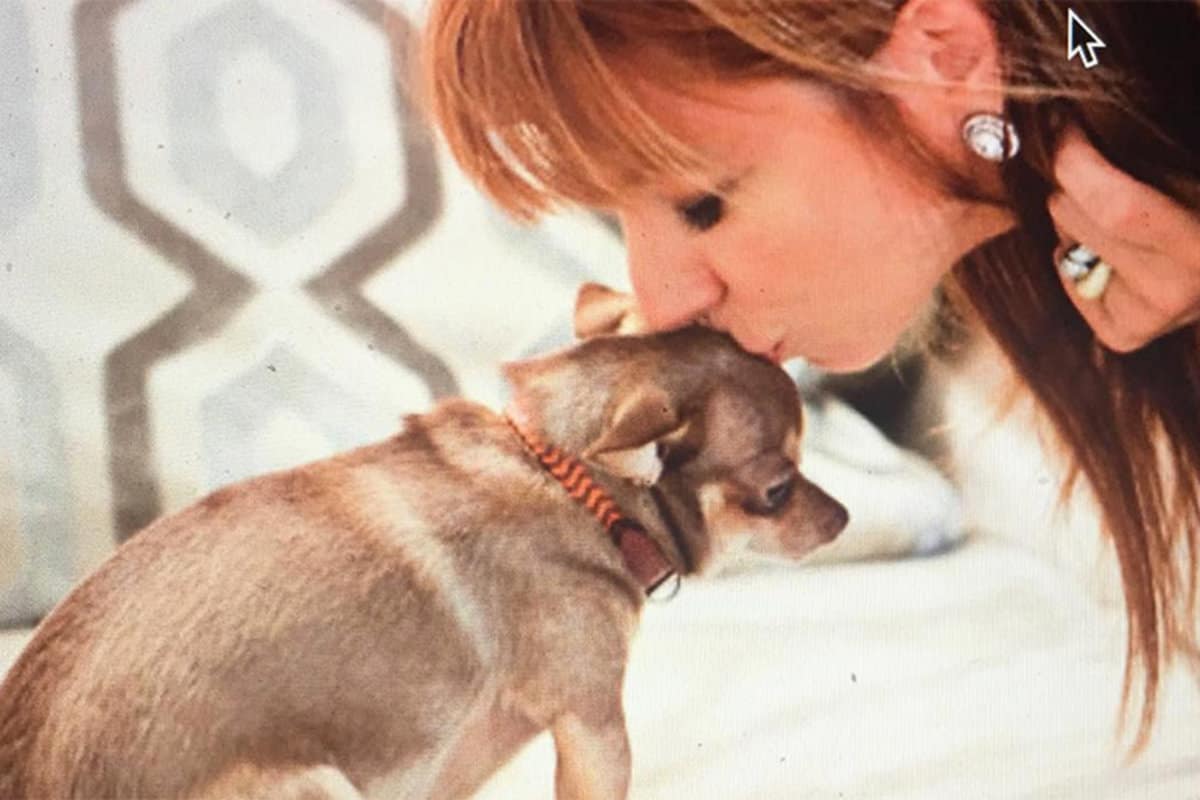 The Real Housewives of New York alum lost her husband nearly 9 months ago. Now, she faces the loss of their beloved Chihuahua, Ginger. Here’s Jill Zarin’s story, as told by herself.

It hasn’t been an easy year for Jill Zarin, and now it’s gotten even tougher.

On Monday night, Jill said goodbye to their beloved 14-year-old Chihuahua, Ginger, after making the gut-wrenching decision to put her down because she was so sick.

“I didn’t want her to suffer,” she said just hours before her longtime vet, Dr. Cindy Bressler, performed the procedure. “I know it’s the right thing to do but I’m just so sad.”

The tiny but mighty Chihuahua enjoyed a pampered life, “traveling the world” with Jill and Bobby when she wasn’t zipping around with them in Manhattan or summering in the Hamptons.

But in the past six months or so, Ginger hadn’t been herself, says Jill. “She’s been going downhill for a while.”

In the spring, Ginger went blind, nearly drowning – twice – because she couldn’t see where she was going, she says. “After that, I didn’t take her out anymore. But she ate, she drank. She walked around the apartment and she was OK.”

When Jill flew to Los Angeles for a business trip recently, she says Ginger had another health scare in the middle of the night.

“The friend who was watching her called and said they were at the ER at the animal hospital because Ginger started walking in circles in the middle of the night and seemed imbalanced,” she says.

“I rushed back and after a full workup was told that she likely had experienced a stroke but that they also found metastatic cancer in similar places as Bobby.”

“They found she had cancer all over,” she says, breaking down again.

How She’s Handling it All

Over the weekend, Jill posted an emotional message on Instagram about Ginger’s ailing health because she thought she was going to have to put her down earlier than Monday.

In the post, she said, “I will never forget you my Ginger girl.”

“She can’t keep her food down,” she continued. “Her left front paw is limp from the stroke and we can’t let her suffer anymore. She will be surrounded with love from us and all of you who have prayed for her and my family and I will never be able to repay the favor but know how grateful we are.”

In her heyday, Ginger was known to be fierce – and rule the roost.

“She was very feisty,” says Jill.

“Ginger was an only child,” she says. “She was very independent, and I could leave her home for many hours.”

Ginger loved luxuriating in her Manhattan apartment or poolside in the Hamptons but also relished getting outside when she could to stretch her limbs. “She loved to run,” says Jill. “Ginger was such a great dog.”

She was also a four-legged jet-setter. “Ginger went to St. Bart’s, Aruba, California, and Costa Rica,” says Jill. “She went crazy when she saw monkeys in the backyard.”

But in recent weeks Ginger became increasingly listless. “This is not Ginger,” says Jill. “She’s just a shell of her former self now.”

While Jill lavished Ginger with attention, “she loved Bobby the most,” she says. “Ginger was Bobby’s dog. When it came to Ginger, he melted for her.”

“I thought she was going to die a few months ago,” she says. “Bobby made sure she stayed with me long enough to ensure I was OK. She’s going to go to heaven tonight. She’s going home to be with her Daddy.”