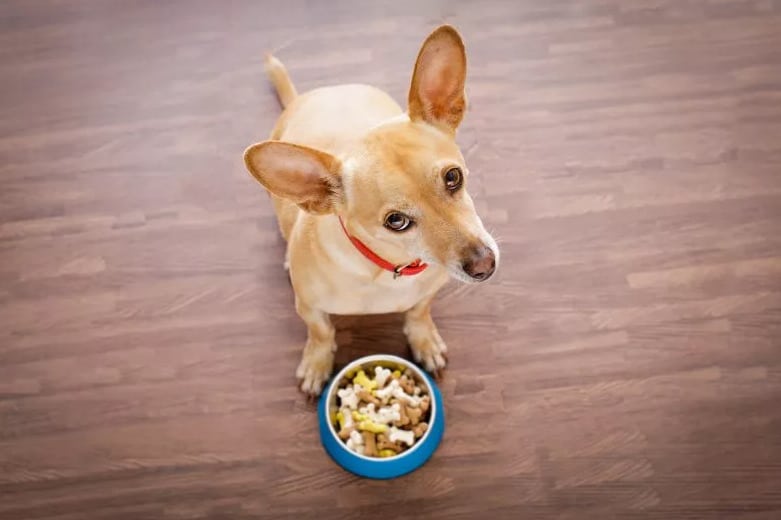 A dog refusing to eat her food unless it’s been prepared “human style” makes the internet smile.

In a clip shared to TikTok on October 26 by user @itsbaileybear, Bailey the Chihuahua can be seen turning her nose up at her dinner. Until her owner pretends to warm it up in the microwave.

Captioned “When she won’t eat dinner until it’s ‘prepared’ Hooman style.” The video has received more than 158,000 views and 15,000 likes from TikTokers applauding the demanding dog and her particular tastes.

No Such Thing as a Picky-Eating Pup?

According to Louis DelGiudice—national emergency specialty director at AmeriVet Veterinary Partners in San Antonio, Texas—dogs are not naturally picky eaters but can develop “food rituals.”

Whether refusing to eat anything but rotisserie chicken or eating their meals only with “toppings.” These rituals are tricks that dogs use to get the food they want from their caregivers.

“They have trained their owners to give them better and more tantalizing options,” DelGiudice told Newsweek.

“Dogs have learned that if they wait it out, we’ll offer them something more delicious than their kibble.

“So, our dogs are not fussy. They’ve got us trained,” he added.

However, if your dog suddenly refuses to eat, it could be a sign of ill health or anxiety. Stressful changes to their routine can cause your pet to lose their appetite, as can pain or illness.

Alternatively, your pet might just not like a particular brand or flavor. A recent study of 2,000 dog owners—conducted by dog-food brand Jinx—found that 49 percent regularly struggle to get their pets to eat.

And 28 percent of those surveyed had at least ten bags of new dog food at home, taking an average of eight brands or flavors to find one their pet liked. A third of respondents said they added extra food to encourage their dog to eat their meals, such as blueberries or cheese, while 30 percent swapped to a “tastier” brand.

In the clip, Bailey rejects her bowl of dog food before looking around the room expectedly. Her owner grabs the bowl, takes it to the microwave, pretends to turn it on, and “waits” for the food to be ready.

He then adds “random secret ingredients” to the meal from the fridge. And pretending to add mustard and shaking a bottle of unopened hot sauce above the bowl.

Thoroughly convinced by her owner’s “chef skills,” Bailey tucks into her kibble.

“That’s adorbs,” agreed lolo_canadian_girl, while smtwngrrl74 wrote, “The things we do for our dogs.”

“Chihuahuas are so extra,” commented E, while isitme_bpd_orthehat described Bailey as “a diva.”

“Haha, I’m glad I’m not the only human who has been trained!” she added.