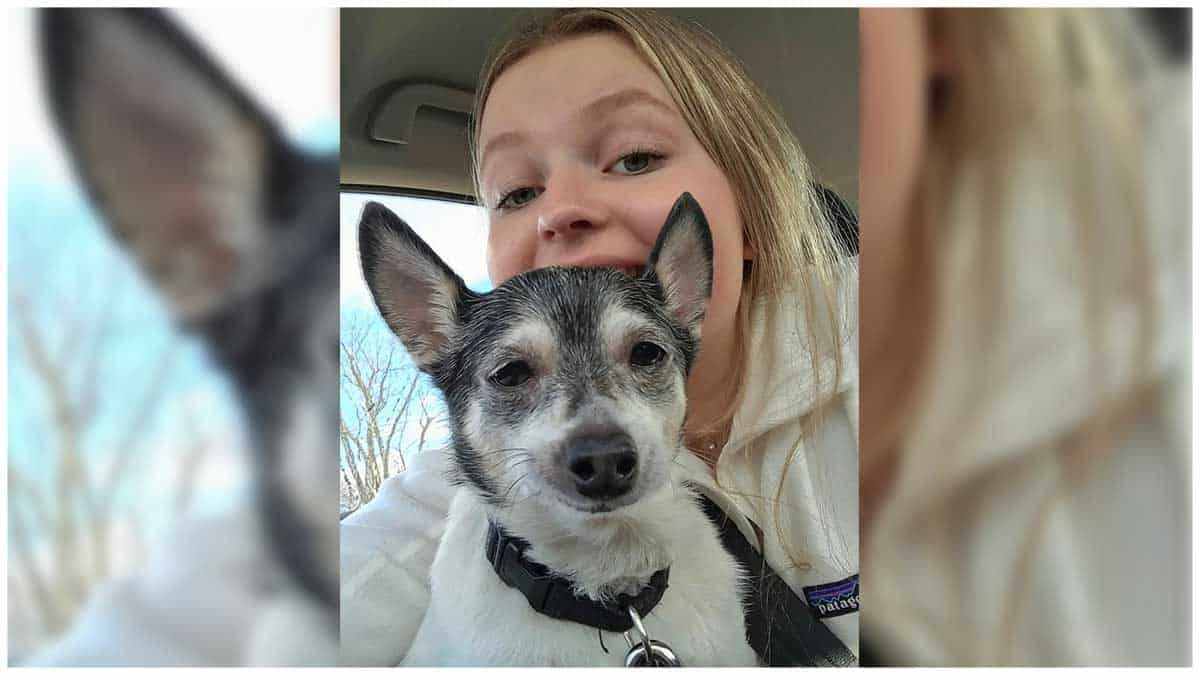 After members of a Palatine family suffered the loss of their beloved Jack Russell terrier in a coyote attack just over two years ago. They never imagined going through the same grief again. But that’s what happened Sunday to the Greiwes.

Eighteen-year-old Jayda Greiwe made the terrible discovery after she fed Chili. This was a rat terrier-Chihuahua mix, and three other dogs around 2 p.m. She let them out in the family’s backyard on East Pepper Tree Drive. Then, the two of the dogs ran in barking and nuzzling her. At this point, Jayda went outside and found Chili bleeding in the snow.

“She called us on FaceTime screaming,” said her mother. Kim Greiwe, was in Florida with her husband and two other children.

Jayda then wrapped Chili in a towel and took him to a local veterinarian’s office, where he died. “I think we’re still all in shock,” her mother said.

The Struggles of this Palatine Family

This was the second coyote attack on a dog in Palatine family, in less than three weeks. A Dachshund was found dead on Dec. 18 after it was dragged off its leash by a coyote that attacked while the dog was on an early morning walk with its owner on the 1200 block of South Parkside Drive.

For the Greiwes, this is an all-too-familiar tragedy. Their dog Buddy, 12, died Nov. 13, 2018, after being attacked by a coyote in the backyard. Buddy came back into the house through the doggy door and bled out in his bed, Kim Greiwe said. And Kim Greiwe’s brother also suffered the death of his Lhasa apso in a backyard coyote attack about five years ago, she said.

The Greiwe’s installed a 6-foot-tall privacy fence after Buddy’s death, and it appears the coyote scaled it Sunday.

“I thought that was enough, but obviously it wasn’t,” Kim Greiwe said.

According to Palatine police, coyote sightings are numerous — 13 were reported since Oct. 22 — but attacks are rare. Police Cmdr. Bruce Morris said he couldn’t immediately provide information Tuesday afternoon about whether there has been an increase in recent years.

Kim Greiwe and her husband, Rich, said they believe such incidents go underreported. They never called the police after Buddy was killed (Jayda called police Sunday at the advice of a veterinarian). When Kim Greiwe posted about Chili’s death on the app Nextdoor, hundreds responded saying they had seen more coyotes around town, in their backyards, and once even inside a home, she said.

Coyotes attack either in search of food or due to territorial aggression, such as during the mating season, which generally runs from December to March. The Greiwe’s live in the Pepper Tree Farms subdivision in the vicinity of Tom T. Hamilton Reservoir and Deer Grove Forest Preserve. Still, coyotes have become more brazen, roaming around during the day and popping up even far from wooded areas, they said.

Chris Anchor, the wildlife biologist for the Forest Preserves of Cook County, confirmed coyotes haven’t increased in numbers in the last decade but have become more visible.

“Because they are not hunted and they are not trapped, they learn people are not a danger,” Anchor said, adding there are few places in Cook County where coyotes can be legally hunted with a FOID card and a license.

Unique this year is the effect of the COVID-19 pandemic, which has prompted more people to spend time outdoors, leading to more sightings. That’s paired with an increase in people feeding wildlife — squirrels, cat colonies, and even birds — which in turn attracts coyotes to the neighborhood, Anchor said.

“This is really a double-whammy this year,” he said.

As for fences, coyotes can scale well above 6 feet and often dig their way underneath, Anchor said. The only way to keep them out is to install a fence like zoos use, with “hot wire” on top and another fence buried at least two feet deep, he said.

Coyotes typically feed on rodents and almost never attack humans, with only one to three such attacks reported each year in North America, Anchor said.

The Greiwes, who said they never leave food out, said Palatine police gave them a pamphlet with information about how to prevent encounters with coyotes. The village needs to do more, such as looking into trapping them, they said.

“I have a fenced yard in a residential neighborhood. You’re telling me I’m just supposed to deal with these coyotes coming into my backyard? That’s unacceptable,” Kim Greiwe said.

The anchor said that occasionally, local municipalities allow the hiring of a state-licensed trapper who installs cameras and figures out patterns to remove individual coyotes. The cost is borne either by the requesting resident or the municipality, he said.

Meanwhile, the Greiwes are grieving Chili, who died a year to the day he was adopted, Jan. 3, 2020. The family took him in after the death of his owner, Rich Greiwe’s stepbrother.

“We still have three dogs,” Kim Greiwe said, “but it still feels like an empty house.”