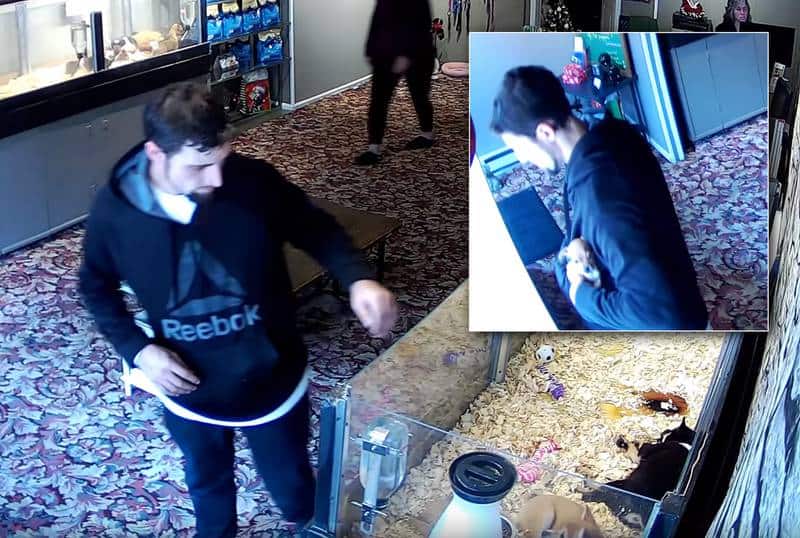 SEE IT: Thief grabbed Puppy in Pocket, Walks out of Pet Store

An Ohio man barked the wrong tree when he grabbed a puppy from a pet store. He stuffed it into his pocket.

The video — posted to YouTube and viewed 6,000 times — shows the man entering the store, putting the baby Chihuahua into the front pocket of his Reebok hoodie, and walking around for about two minutes.

They shared the video on social media. And the thief was identified as Derrick Marcum Jr., Preferred Puppies manager Lisa Brown confirmed in a phone call with the Daily News.

Two days after the proprietor posted the recording on YouTube, the puppy’s new parent contacted the store and returned it. According to Preferred Puppies, it seems healthy but will need a checkup before it can go back on display.

In the meantime, the puppy thief will face a problem he probably should have predicted: The police.

“We filed a report with the police and provided video footage from several different cameras,” the business wrote on Youtube. “So, they’ll catch him.”

A woman who had received the stolen Chihuahua as a gift returned the puppy after seeing the incriminating video.

“They feel like your own children, and to get them back is like a parent feels when her lost kid is found.”

Brown said the puppy is back and doing well after getting a check-up.