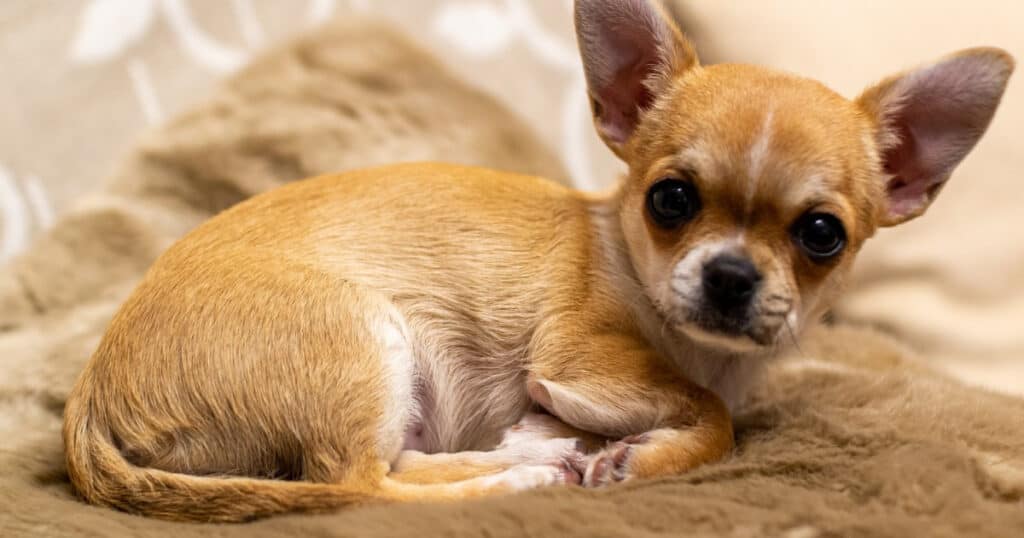 This poor little pup was abandoned before finding a forever home where she’d be loved.

All Belle wanted was to be loved and in a home where she would be safe.

So, she was overjoyed the first time she got to lay in a soft, clean bed where she knew she was safe from harm.

“In my life, I’ve never seen an animal with so much fear and hope in her body,” animal rescuer Maria Torres said.

Maria’s neighbor texted her to tell her about a woman with a small dog who was beating her dog.

When Maria confronted the woman to tell her it was wrong to hurt the animal, the woman surrendered Belle to her.

She sold the dog to Maria. As it turns out, Belle had been abandoned by her original family when they moved. And this woman took her in only to abuse her.

She was very skinny. Her entire body was shaking, but she was relieved the minute she walked into my house. Maria told The Dodo.

Belle opened up and was running around. Maria was so much surprised by how much energy she had.

Especially after learning that Belle was between 14 and 15 years old and considered a senior dog.

“We bought her a bed that same day. Seeing her where she could finally lay down and rest was awesome. For the first time in her life, she got a little peace,” said Maria.

Belle knew she had escaped safely. A simple bed made this little dog a delighted puppy. After a visit to the vet, it was discovered that Belle had arthritis.

But her rescuers were going to take good care of her. And she was feeling better in about three weeks.

After all, she’s been through, and Maria was surprised by Bella’s funny personality and how she still has a great sense of humor.

The day finally came when Belle was healthy enough to be put up for adoption.

“I knew she was going to be OK, and we’ll find her the perfect home, and she’ll have the life she deserves,” Maria said.

It wasn’t long before Maria found Belle the perfect owner, a woman named Amber and her 82-year-old grandmother, according to a GoFundMe page.

“When she arrived at her new home, it was immediate love because she realized that there are humans in this world who won’t hurt her, won’t despise her, and know they are best friends,” says Maria.

Maria says she is happy to see Belle where she belongs after many years of abuse.

“This dog has a huge heart. She is an inspiration,” said Maria.

Learn more about Belle’s story in the video below.