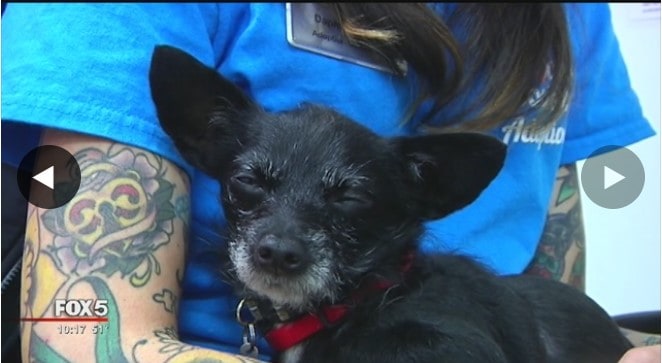 ATLANTA – Coco the Chihuahua was found a long way from home: more than 800 miles.

More than 800 miles, Coco Chihuahua surprised us with how far it was found.

“How did you get so far away from me?” the owner said Amanda Benton to Coco during the heartwarming reunion.

The Atlanta Humane Society received Coco yesterday into its facilities. A microchip check showed that Coco’s home address is in Arlington, Texas.

Coco escaped from his leash in September of last year.

“We put fliers out, went door to door, looking everywhere for him!” Benton said.

Coco was found in Alpharetta, and staff said he was well-fed and cared for.

When Benton was notified about Coco’s whereabouts, she needed help getting Coco from Atlanta to Texas.

The Atlanta Humane Society volunteered to fly her into Atlanta for a remarkable reunion.

“They have been amazing. I couldn’t ask for more,” Benton said.

Benton will bring Coco home as a surprise for her daughter, who has missed him dearly.

ATLANTA – The Atlanta Humane Society says a lost dog from Texas has been reunited with its owner after being found 800 miles away in Georgia.

Local news media report that Coco’s five-pound Chihuahua was reunited Friday evening with his owner, Amanda Benton, who traveled from Arlington, Texas. A volunteer from the humane society found the missing dog Thursday, tracking him down with his microchip.

Benton’s dog had been missing since September.

The humane Society bought Benton a flight from Texas so she could pick up Coco and take him back home. The humane society doesn’t know how Coco got to Atlanta.