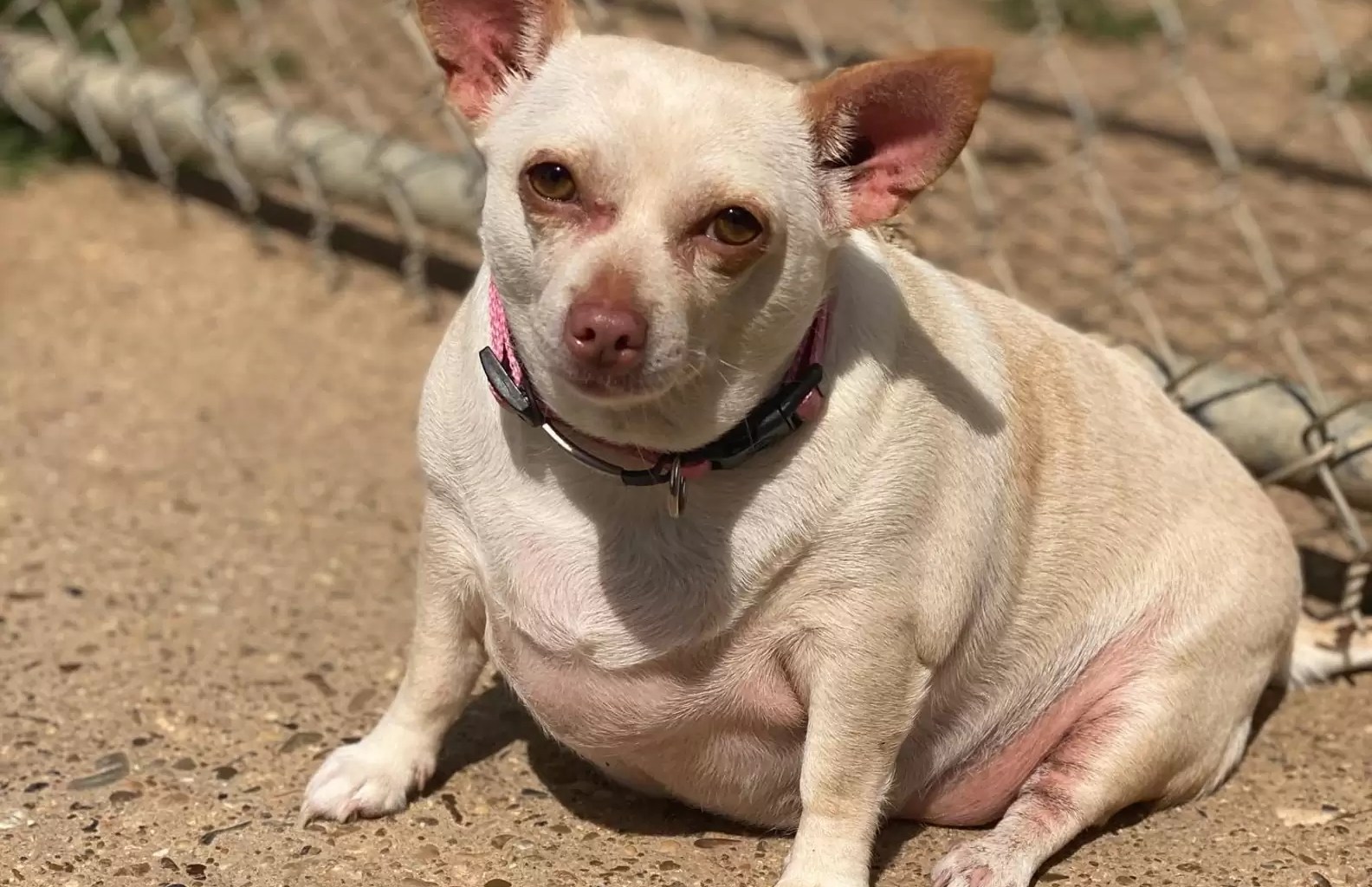 “Rosemary does the water treadmill a couple of times a week” ✨✨✨. She was more than double the healthy weight of a dog her size.

When Rosemary arrived at the Humane Society of Northwest Louisiana (HSNWLA) in June, the 3-year-old Chihuahua could barely move.

The shelter staff could see in her eyes that she was miserable and promised that one day she’d be able to run and play again.

“We’d seen one picture, so we were aware that Rosemary was quite overweight, but it was unfortunate because she struggled with her mobility so badly,” Erin Shirley, a volunteer at the HSNWLA, told The Dodo. “Once she walked outside to go potty, she was exhausted.”

Rosemary was surrendered to a shelter in Texas by her family. They asked to have her euthanized, insisting that the little dog was quite elderly and had health issues. The shelter staff could tell something off about how the family described the situation.

After accepting Rosemary, the shelter immediately reached out to HSNWLA to see if they could help the overweight dog.

Rosemary and her diet

When Rosemary weighed in at the HSNWLA, the scale hit a whopping 24 pounds, more than double the healthy weight of a dog her size. But as soon as they put her on a prescription dog food diet, Rosemary began to shed pounds immediately.

“Rosemary does the water treadmill a couple of times a week and has built up to 20-minute intervals, which is amazing,” Shirley said. “But just keeping her on her special food and getting her out in the yard with the other dogs where she could move around helped.”

“Once she dropped a few pounds, she became much more active,” Shirley added. “And then the pounds just kept falling off.

By January rolled around, Rosemary had dropped 11 pounds and was barely recognizable.

Now, her bubbly personality lights up the room.

“She’s always had a good personality, but she was so lethargic when she first came in due to her lack of energy from carrying around all that excess weight on her tiny, little body,” Shirley said. “But now, she’s personality plus.”

Rosemary is now ready to find her forever family — one who will love her and help her continue to be a happy, active dog. Rosemary knows they’re out there, and she can’t wait to meet them.