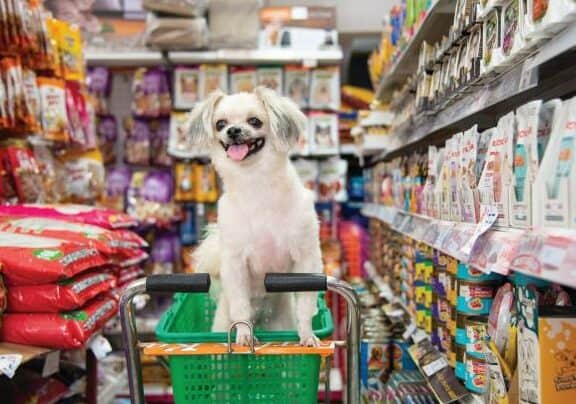 Some supermarkets have special boxes for customers’ pets. However, the health authorities are contending that this is not enough.

Pet owners will no longer be able to take their animals with them. At the same time, food shopping, despite measures to ensure safety and hygiene, as the health authorities have started clamping down on supermarkets, warning it is illegal. 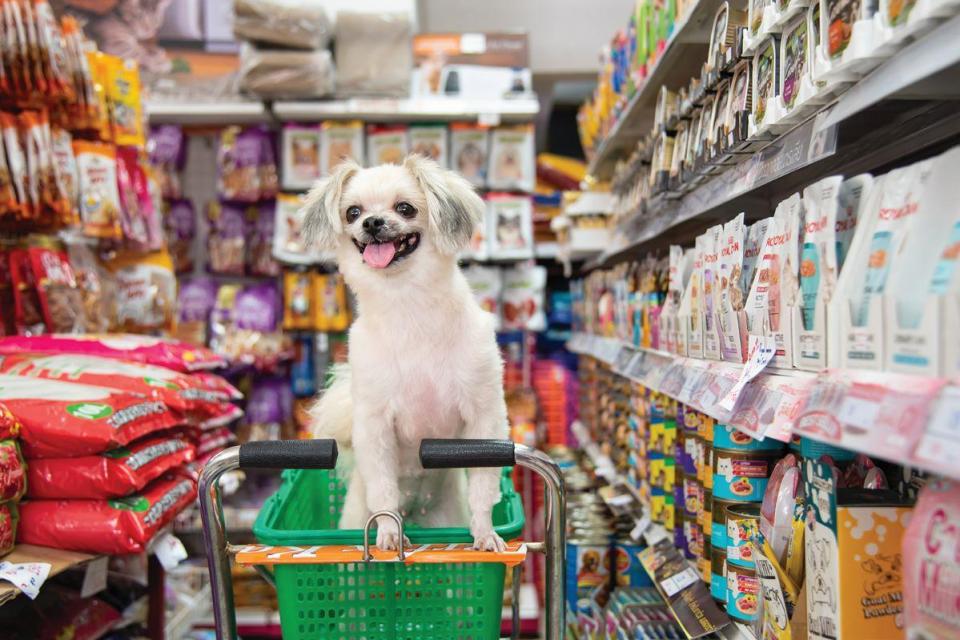 The sudden crackdown is expected to kick up a backlash from once contented customers. They are accustomed to being accompanied by their pets, supermarket owners fear.

Last week, they received surprise on-site visits and were informed that pets were no longer allowed in the Food Safety Act of 2004. This act “prevents domestic animals from having access to places where food is prepared, handled and stored.”

The supermarkets have allowed pets, either in specific trolleys or carried in customers’ arms and handbags, in their carriers, or on a short leash, effectively excluding big dogs from entering.

Pama and Pavi deputy CEO Malcolm Camilleri said his supermarkets had dedicated trolleys for pets. He was now expecting to face complaints and problems for having to reverse this policy.

“From the feeling we have, pets are like kids for their owners, and they like to have them. They buy them clothes and even come with their pushchairs,” Camilleri said.

Following the model of Italy, he said Pama and Pavi each have six specific trolleys for pets. There were even times when these were not enough.

But under sudden pressure to prohibit them, Camilleri said that he explained their position to the authorities.

They could never run around the shop floor and could not be left unattended.

“The law is the law, and we must follow it.“

The supermarkets would be fined if they did not abide by the regulations, he said. He was told restaurants would be next and that the old law.
Customers were quoting this latest law, he said, when told they could not bring their pets.

“For now, we cannot stop this,” Camilleri continued. They expect the authorities first to make it public after creating a “false perception that pets are allowed anywhere.

Wellbee’s Supermarket CEO, Jonathan Shaw, confirmed the chain was also “given the heads-up” about the illegality last week.

It had always adopted a “sensible approach, in keeping with customers’ lifestyle of combining walking the dog with food shopping. We always bore in mind and valued that others did not like to see animals on the shop floor.”

He said they were never allowed in the shopping carts where food is placed.

Wellbee’s Markets have notices saying pets are allowed if they can be carried.

Shaw said, adding that other countries gave shop owners the flexibility to decide.

From the psychological point of view, he acknowledged that pet owners “humanized” and adored their animals. So, they would not accept being told they could not bring them in.

“I understand the dynamics of the pet-owner relationship. And, we will have to face that issue. That’s because some may decide not to go where their pets are not allowed. The legal notice is black and white and does not go into the merits of this.

“We will need to explain to them that this is not coming from our end,” he pointed out.

Joseph Sammut, managing director at Greens Supermarket, said it had introduced the special boxes on trolleys for pets some months ago.

“Our customers were pleased. Their Dogs came dressed up, and it has been like a show. Others never complained and enjoyed seeing them too,” he said.

Following the warning to stop this, Sammut said there would now have to be removed. Greens supermarkets would adopt a wait-and-see approach in the hope that the ‘old’ law would be changed.

“If pets are left running around in supermarkets… I would agree with it, but, as things stand, the law should be revised,” he said.