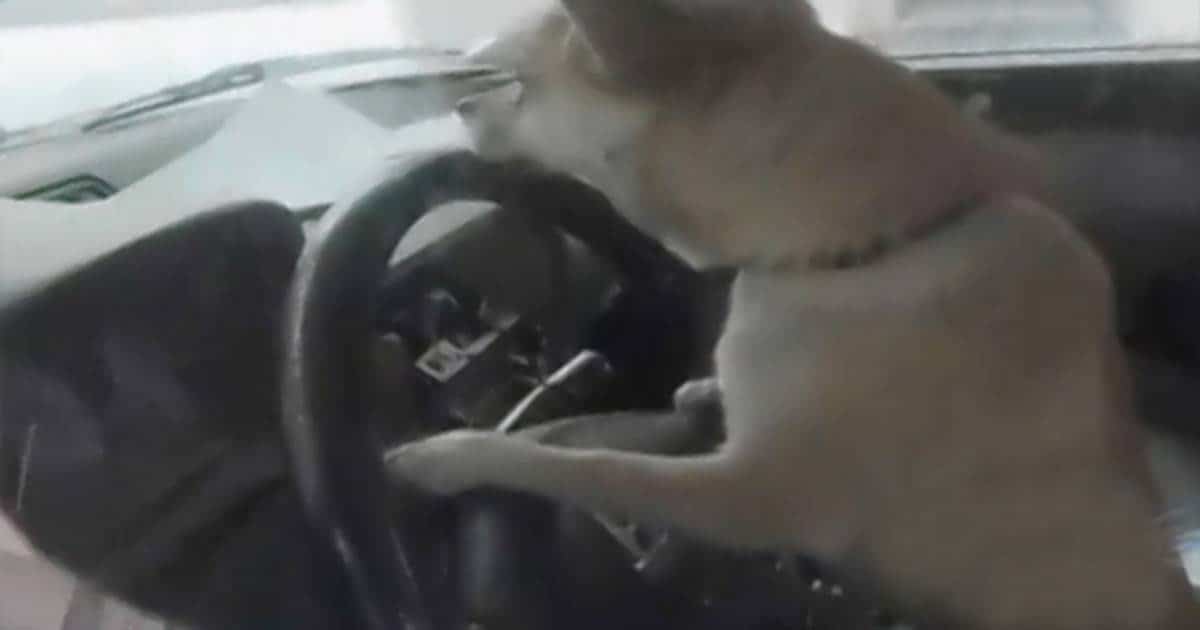 The Chihuahua goes to play with the owner’s car

Mischievous Toby got behind his owner’s car wheel, somehow kicked it out of gear, and steered it onto the open road. A cheeky Chihuahua has been busted joyriding in Washington state.

But, unable to properly control the vehicle, he ran through a red light and crashed into Tabitha Ormaechea’s motor.

Luckily, only her tire was damaged in the bizarre fender bender in Spokane. Ormaechea told KREM-TV she couldn’t believe her eyes when she saw a dog driving the vehicle.

When I looked up, there was no one in the car, just a little dog up on the steering wheel peeking over and looking at me, she told the station.
It later emerged that Toby’s owner Jason Martinez had popped into a store giving his runaway pup enough time for the daring spin.

“I didn’t know what to think. Someone ran into the store and asked if anyone had a gold car. And I said, Yeah, me why Martinez told KREM-TV. “He must have knocked it out of gear, and the vehicle rolled out.

No one has been injured in the incident no news as to whether Toby will be cited for the crash.

But the event as such was mentioned by passers-by as something scary and at the same time very funny. We are waiting for some miracle in the future for this Chihuahua to be the first driver.
Luckily it ended without accident.

A dog owner was horrified after witnessing a fox attempting to attack her Chihuahua.…

Our fieldworkers removed 22 dogs from the property, where they’d been kept…
We use cookies on our website to give you the most relevant experience by remembering your preferences and repeat visits. By clicking “Accept”, you consent to the use of ALL the cookies.
Do not sell my personal information.
Cookie SettingsAccept
Manage consent