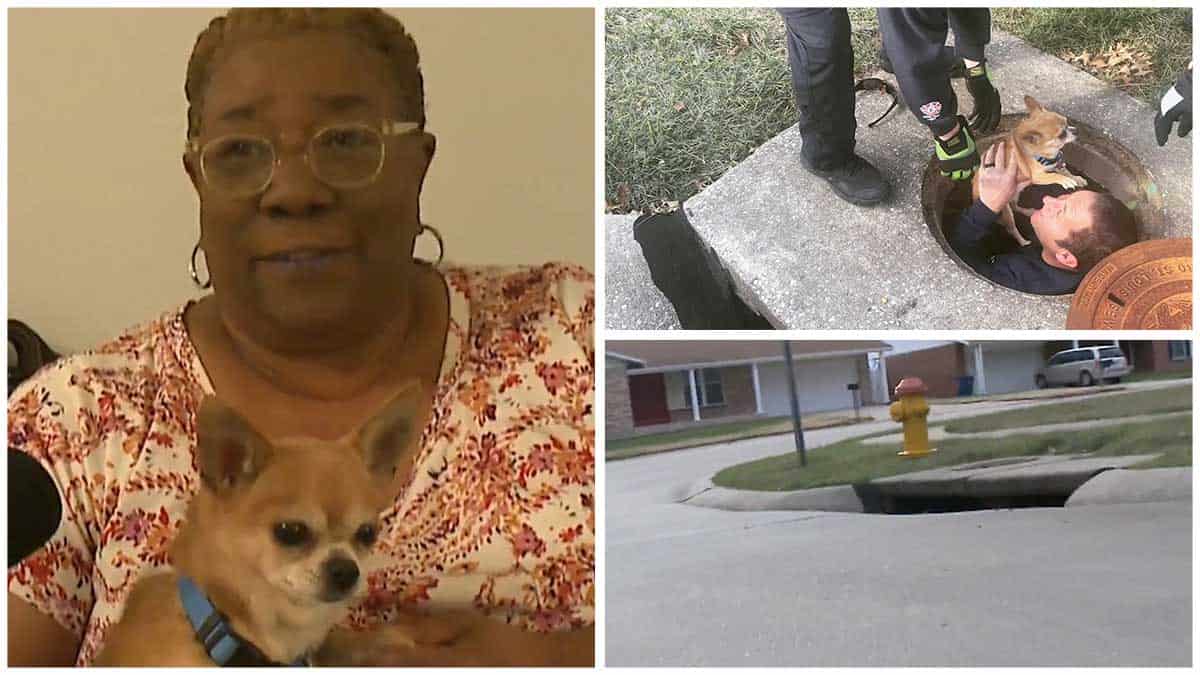 Rescuing animals is just part of protecting and serving a community. One Chi owner had some helping hands from the Black Jack Fire Protection District. They rescued a 12-year-old Chi from what could’ve been a real tragedy.

It all began Sunday night when Rusty Payne, a 12-year-old chihuahua, chose to wander off after being let outside.

“He’s been a naughty little boy,” said Terry Payne, Rusty’s person. “Had me looking for him all night. My husband and I got up this morning we’re looking for him. For some reason, he got stuck in the gutter.”

The 12-Year-Old Chi is Safe and Sound

Terry said he heard some scratching and realized it was coming from underground, and that’s when he noticed his dog.

Somehow, Rusty fell in a drain pipe. What to do but call Black Jack’s Engine House 2.

“Climbed down in the sewer, but the dog decided I wanted to run under the street in the sewer pipe.” So, it took some coaxing. Other guys put a firehouse on the other side to punch it back to the one side so we could grab it.”

Terry said she and her husband are grateful for the first responders’ efforts in Rusty’s rescue.