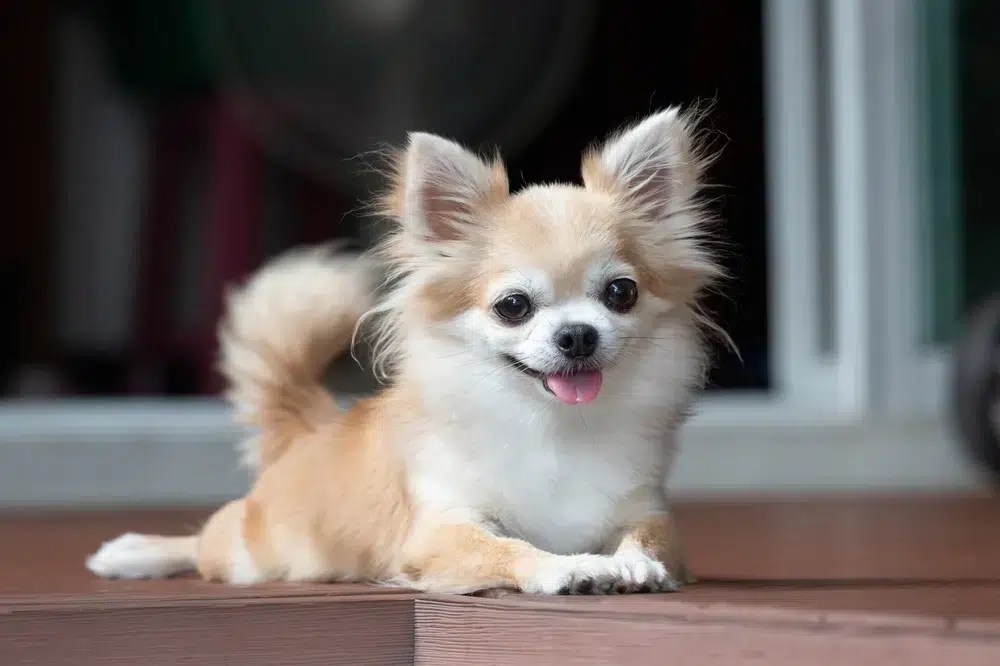 The bite force of a lion is around 600 PSI. To say that a Chihuahua can bite at more than six times the strength of a lion is ridiculous.

I’m sure you’ve seen funny photos of them baring their teeth! It did make me wonder, though, what the actual truth was and what the bite force of a Chihuahua is. For example, do they have a strong bite, and is it possible for them to kill a human?

What I found was extremely surprised about the Chihuahua bite statistics and the annual fatalities involved, and you can see the research into deaths from Chihuahua bites lower down the page.

How strong is a Chihuahua bite force?

However, I don’t believe this is true, and I am not the only doubter.

For example, in 2010, Stanley Coren, a professor of psychology at the University of British Columbia, explained in a post on Psychology. Today’s website that the bite pressure forces of dogs were often misreported – people tend to mix up units of measure. And getting pounds of muscle and Newtons muddled.

The bite force of a lion is around 600 PSI. To say that a Chihuahua can bite at more than six times the strength of a lion is ridiculous.

To give you an example

He then went on to say that there is more up-to-date research that gives more accurate bite force strength figures for dogs:

From this 2009 research he references, we can assume that the idea of a Chihuahua pressure being 3,900 PSI is complete nonsense.
They are tiny, with small heads and jaws. So they could not physically apply this amount of bite force to the jaw and skull.

Further to Professor Coren’s article, the InsideDogsWorld.com website state that:

The moral of the story; is don’t always believe what you read online.

What is the real Chihuahua bite pressure, then?

And here’s the thing; nobody has ever accurately measured how bad a Chihuahua bite is. There has never been a scientific study to see how hard they can bite and what the bite force is.

Even when studies have measured dog bite force pressures, the numbers are never something you can entirely rely on. Unlike humans, you cannot ask a dog to bite down as hard as possible. You will never have that reliability, so you can’t have reliable figures on the pressure in pounds per square inch.

However, some data on bite force is said to be a better indicator than others. And here’s what my research uncovered on Chihuahua bite pressure versus other breeds.

What do you think?

Nobody in their right mind could ever think a Chihuahua’s bite force would be more potent than any of those significant and influential dog breeds listed above.

So, all we can do now is make an assumption.

I assume that a toy breed like a Chihuahua will likely not have a bite force of more than 100 PSI.

What do you think?

Handy Hint: Chihuahuas can give a nasty nip to the ankles, but why does this breed like to bite feet and shoes so much?

Moving on, I managed to find some research into Chihuahua bites that was conducted in 2009. The Coalition compiled the study for Living Safely with Dogs and the Colorado Veterinary Medical Association, where they surveyed 188 different dog breeds.

The study generated some fascinating findings:

Another study conducted by the Dognition company in 2016 found that Chihuahuas were the most aggressive dog of all the ones canvassed. The study was compiled after canvassing the opinions of 4,000 dog owners.

The study arrived at their shocking Chihuahua bite statistics by asking the dog owners to report how their dogs reacted aggressively in certain situations. A Chihuahua was most likely to bite when confronted by a giant dog.

However, they caveat this report by saying that most dogs aren’t aggressive, and the Chihuahua scored in the medium range in most cases.

I wonder if studies like this create a false narrative about Chihuahua bites being dangerous? There’s no doubt that a Chihuahua can bite hard and leave a mark, but surely it cannot be enough to kill a human?

To back my assumption up, I researched all I could into any reports of Chihuahua bite fatalities. I found no reports of people ever being killed by a Chihuahua in the press online.

Scars from bites, yes, but deaths? None that I could find.

But then things changed…

Chihuahua bites that have killed humans

I found some data compiled by the excellent DogsBites.org website, which collects annual statistics on dog bites and attacks leading to human fatalities in the United States.

They are a national dog bite victims’ group dedicated to reducing severe dog attacks. Through their work, they hope to protect both people and pets from future attacks – check out the website I linked you to above.

A roundup of their published data from 2005 to 2017 shows that the top 7 breeds are responsible for deaths.

When I looked into the data further past the seven most dangerous breeds, there was a shocking entry.

What were the Chihuahuas responsible for?

Chihuahuas were responsible for one human death between 2005 and 2017.

Yes, that’s right, a Chihuahua was responsible for killing someone between 2005 and 2017, with one death logged in the United States!

I then looked into more recent years and found another startling statistic; there was a fatality logged against a Chihuahua in 2018, meaning there are two recorded deaths from Chihuahua attacks between the years spanning 2005 and 2020.

However, with this 2018 attack, it’s not 100% certain the Chihuahua was responsible as it lived in a household with two Pit Bulls, so my common sense leads me towards thinking it was the smaller dog who killed the lady in question as there were no eyewitnesses to the attack.

Chihuahua bit you on the main artery

As you can see, there are indeed reports of Chihuahua bite fatalities in the annual statistics compiled by the DogBites.org website.

But how can this be possible? You cannot imagine their jaws being big and robust enough to mail someone to death, can you?

I can’t imagine it, but let’s say that a Chihuahua bit you on the main artery. If you don’t get quick medical attention, there’s every chance you could die from blood loss.

Moving across the Atlantic, the only press report I could find that was even remotely close to a Chihuahua managing to kill a human by biting them in the United Kingdom was a report on the Daily Mail. On their website, they reported that:

“An out-of-control Chihuahua faces a death sentence after allegedly savaging a woman during a rampage through her home. The eight-inch long dog, called Chelsea, is said to have leaped up to bite Andrea McGann in a home in Twickenham, London. Wimbledon Magistrates Court heard Chelsea has been taken into custody and faces a potential destruction order after Fox was charged with being a person in charge of a dog, dangerously out of control and causing injury.”

While the Chihuahua bite force wasn’t enough to kill the lady in this case, the attack was dangerous and sufficient to mean the law got involved.

Is a Chihuahua bite worse than a Pit Bull bite?

Many fatality statistics have Pit Bulls prominently featured, which leads me to the next question you might want to know; is the Chihuahua bite worse than a Pit Bulls?

According to the statistics, the two things aren’t even close.

The DogBites.org website has the following deaths listed for each breed between 2005 and 2017:

Based on the US data, the only sensible conclusion you can come to is that Chihuahua bites are not as dangerous as Pit Bulls… the numbers don’t lie.

The point is, don’t start running away from a Chihuahua. Bite you, they might, but they aren’t going to hunt you down and tear you to pieces!

But they can give a nasty bite; while not necessarily hard, it’s more about how it feels (here’s how to stop them from biting you).

Chihuahuas have tiny teeth, so they won’t be able to tear chunks off you but can nip hard at the skin, possibly drawing blood.

However, you cannot compare the bite of a Chihuahua to a Pit Bull or similar-sized dog. It’s not as dangerous, and in all honestly, the bite force pressure is bound to be many pounds lower despite the lack of scientific evidence.