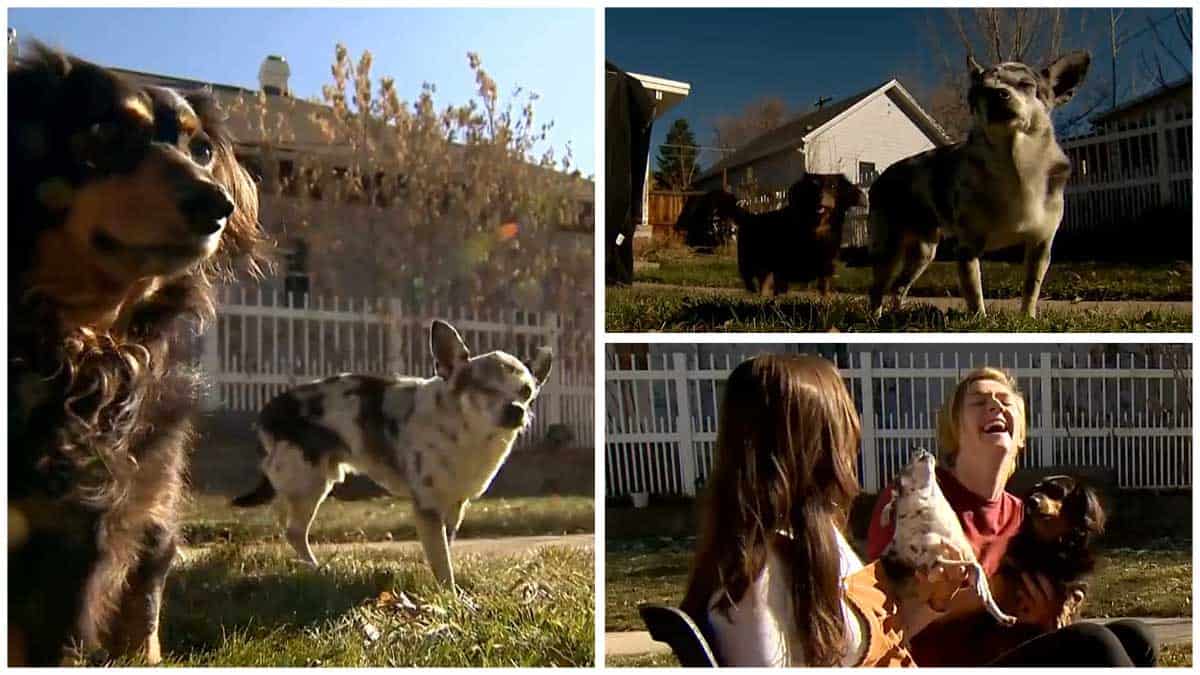 Chihuahua Saves His Dog Buddy from a Mountain Lion Attack

Mijo, a 15-year-old Chihuahua/Dachshund mix, lost an eye during a mountain lion attack. But the damage would’ve been much worse without Winston’s help.

Little dog Winston didn’t let a big cat stand in the way of his unbreakable bond with canine friend Mijo.

According to 9 News, the Evergreen, Colorado, Dachshund stepped in and saved his pooch pal from a mountain lion attack. On the night of Nov. 7, according to Mijo and Winston’s owner, the two dogs slipped out of the house through an open door. Shortly after the dog duo got outside, a young mountain lion pounced on Mijo, a small Chihuahua/Dachshund mix, and grabbed the dog in its jaws.

Instead of running away, Winston barked and charged at the much larger animal until the mountain lion dropped Mijo and retreated. Once the mountain lion was gone, Mijo’s owner, Lindsay Golden, rushed the pet to an emergency animal hospital. The little dog suffered several injuries from the attack, including the loss of his right eye. The 15-year-old pooch is also potentially experiencing some neurological issues that require more testing and treatment.

To help cover these unforeseen pet expenses,  a GoFundMe has been started to help cover Mijo’s medical bills.

And while Mijo still has some road to travel before he reaches a full recovery, the canine survivor seems pleased to be back at home running around on all four paws with his best friend and hero, Winston.