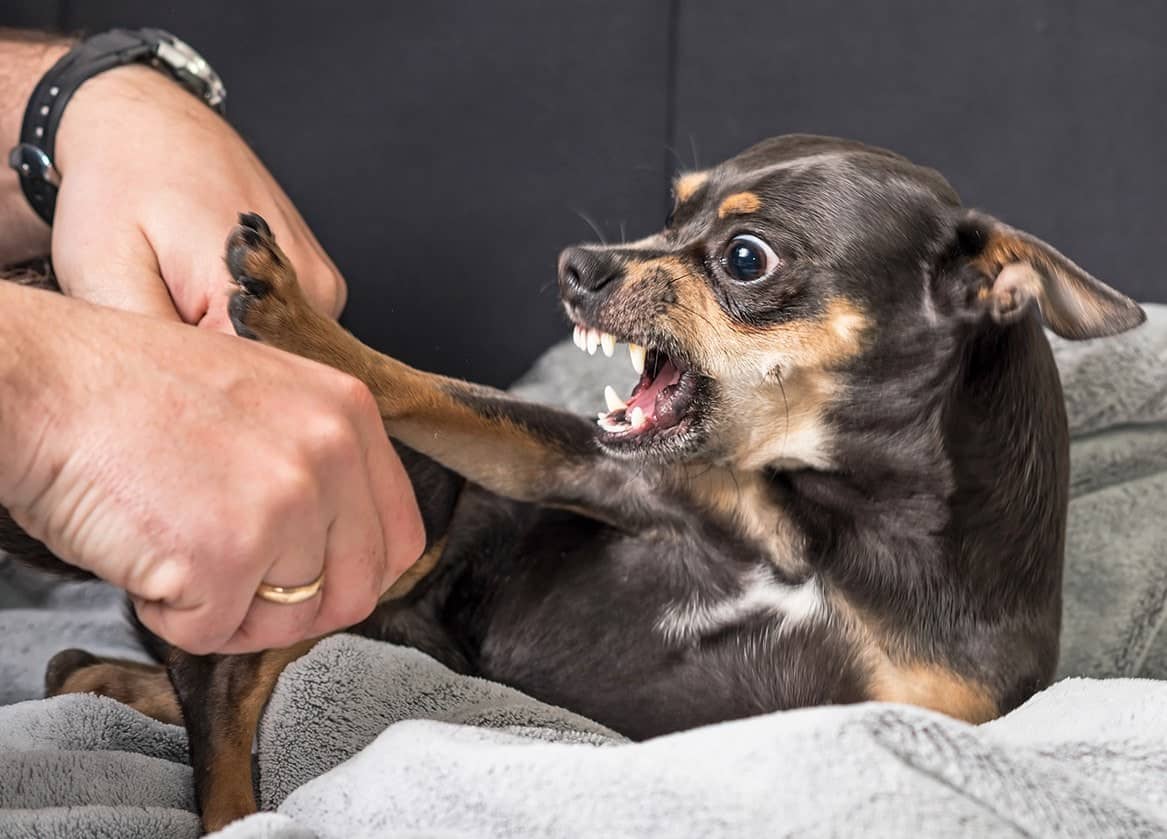 Has a Chihuahua Ever Killed Someone

A Chihuahua has never killed anyone due to their bite.

We’re all familiar with some Chihuahuas’ reputation for being snappy. After all, this breed is the star of thousands of Internet memes showing the teeth of a Chihuahua in bite mode… but do they have hard bites?

I wanted to find out, so today, I am presenting my detailed research into how vital a Chihuahua’s bite is – in other words, what is the bite force of a Chihuahua in PSI.

There’s also research lower down the page into whether a Chihuahua has ever killed anyone due to their bite – you might be shocked to see the truth about Chihuahua bite statistics and the annual fatalities I discovered. Scroll towards the bottom to see deaths from Chihuahua bites.

But first, let’s examine the bite force of a chihuahua.

How strong is a Chihuahua bite force?

To find out how strong Chihuahuas can bite, I examined multiple online accounts and previous research. Here’s what I found:

What is the Bite force of a chihuahua?

The Chihuahua bite force in pounds is 3,900 (psi) pounds per square inch as reported online. However, according to scientists and researchers, testing how hard Chihuahuas and dogs can bite is notoriously unreliable due to the variables involved.

I  am unsure how actual this figure is and let me explain why.

While I couldn’t physically examine a Chihuahua bite force pressure in the flesh, I read some exciting accounts.

Professor Stanley Coren wrote the most interesting of those in 2010. He wrote this article on the Psychology Today website, explaining how hard it was to measure dog bite force accurately.

The example Coren gave was that of a lion. Online reports state that lions have a bite force of 600 PSI. Can you honestly believe that Chihuahua bite force is 3,900 PSI – it makes no sense and sounds completely false.

No researcher or scientist has ever tried to measure how strong the bite of a Chihuahua is. But if they were to, Coren writes that there is a more accurate way of measuring canine bite force strength, as quoted below.

“The size of the animal and the shape of its jaw predicted bite strength. The larger the dog and the dog’s head, and the wider the jaw, the higher the bite force turned out to be. The dog breed with the largest head and widest mouth is the Mastiff, so it is perhaps not surprising that it has been recently measured as having a bite strength of 552 pounds-just shy of the bite forces that the lion has. This force exceeds that of all breeds measured to date.”

If you now consider how small the head and jaws of a Chihuahua are, there’s no way this breed could bite as strong and as hard as the 3,900 PSI bite force would be, and it’s impossible.

I  then found other accounts online on the research of bite forces in dogs. This quote below is from the InsideDogsWorld.com website:

“Two types of research have been carried out to measure the bite forces of dogs. The final results of the research were disclosed in Newtons. This actually made the highest numbers come out at 2,000 Newtons. And from there, a majority of the websites collected the number and wrongly interpreted it as the PSI. However, it is actually 450 pounds PSI.”

Based on this, I have no doubt now that the bite force of a chihuahua is not 3,900 PSI as reported online on sites such as Reddit. A Chihuahua will never be able to bite that hard and strong.

So, what can we estimate the real Chihuahua bite pressure force?

As I alluded to earlier, accurately measuring a dog’s bite force in PSI is tough. The reason is that you can never guarantee that a dog is biting as hard as it can, and it’s not like a human where you can ask them to grind as hard as possible.

Dogs won’t do that – so you would never have a reliable Chihuahua bite force pressure number in pounds – no matter how accurately you measure the PSI.

However, some researchers have tried to measure the bite strength of other dog breeds apart from Chihuahuas. This is interesting as we can look for similar-sized species and possibly make a decent guess based on real-world data.

The 20 dog breeds with the reported most potent bite forces

Looking at some of the best breeds, you could never seriously expect to believe that a Chihuahua’s bite force would be more potent than any of the ones above – which look a lot more accurate as far as dogs go.

So, based on what we’re seeing, I estimate that the reality of a bite force for a Chihuahua would be more like 100 PSI at most, and this is based on their size compared to the dogs shown here.

Next, I wanted to see what statistics I could find on Chihuahua bites and then look at whether a Chihuahua has ever killed someone. The first part of my research uncovered a 2009 study by the Coalition for Living Safely with Dogs and the Colorado Veterinary Medical Association.

In their 2009 study, they compared Chihuahua bite statistics against over 180 dog breeds, and here are two interesting takeaways from the research.

I also found more research by Dognition. Their 2016 study said that after questioning 4,000 dog owners, Chihuahuas came out as being the most aggressive breed.

Chihuahua bite fatalities: have they killed anyone?

If you have ever wondered, has a chihuahua ever killed anyone, it would appear that this has happened.

You might think that a Chihuahua killing someone would not be possible given their small jaws and what is probably a weak bite force compared to dangerous dog breeds.

How I found out the truth (with some caveats) was searching online for any newspaper accounts of Chihuahua bite fatalities. I wasn’t able to find anything other than joke articles.

However, I then discovered a website called DogBites.org, which records annual statistics on dog bites and attacks in the USA, including fatalities. Here’s data on deaths due to dog bites recorded over 12 years (2005 to 2017) – the top breeds leading to human fatality.

I then looked deeper into the statistics and found something shocking. There was a record for a Chihuahua killing someone, with two human deaths recorded between 2005 and 2018 in the USA.

But like I said, there is a caveat with these reports of Chihuahua killing people. The 2018 fatality also says that 2 Pitbulls were involved too. The person killed lived with the three dogs, and there’s no proof the Chihuahua was responsible due to no eyewitness accounts.

So, let’s say we take that one Chihuahua bite death out of the equation. It still leaves one. This makes me think, how could a Chihuahua possibly kill someone?

Believe that if the Chihuahua bite near the main artery and the person is already incapacitated, it could generate enough blood loss to kill. It would need to be a very unlucky and vital bite force, though, as you can imagine.

Has a chihuahua ever killed anyone in the UK?

I then tried to find any accounts of Chihuahua killing someone in the UK. I couldn’t find any recorded deaths but did find a report on the Mailonline website; here’s a quote.

“An out-of-control Chihuahua is facing a death sentence after it allegedly savaged a woman during a rampage through her home. The eight-inch-long dog, called Chelsea, is said to have leapt up to bite Andrea McGann in a home in Twickenham, London. Wimbledon Magistrates Court heard Chelsea has been taken into custody and faces a potential destruction order after Fox was charged with being a person in charge of a dog dangerously out of control and causing injury.”

The woman was lucky, as the Chihuahua’s bite force wasn’t hard enough to kill, but it was still solid and scary sufficient to mean the police had to get involved.

In conclusion, a Chihuahua doesn’t have a strong bite force compared to larger dog breeds. You might get a nasty bite, though, and they can draw blood. But, as for a Chihuahua killing someone, it will be a one in a million if not less likely.