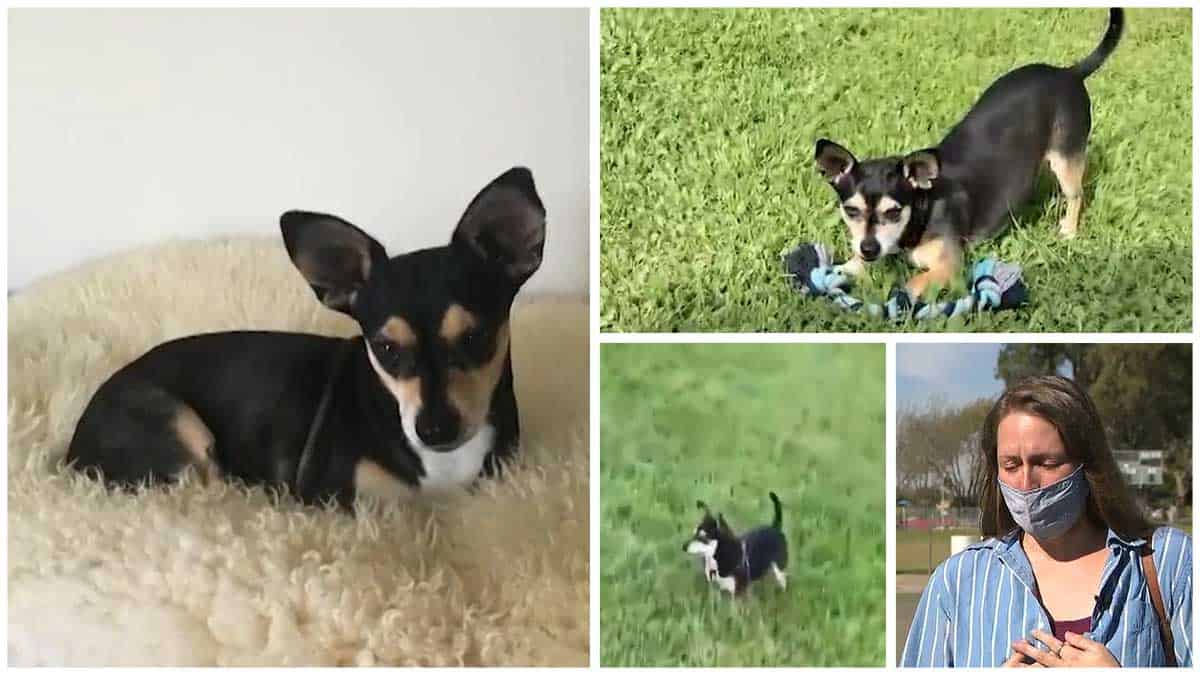 “He was dead. He was lying down, and it was such a small cage, and I just hope he wasn’t in there for a long time,” an emotional Price told FOX 5. “I don’t wish this on anyone. I’m still processing it, and it’s scary to think someone would be capable of killing such a small, little, sweet dog like Chapulin.”

She says the dog first went missing the morning of Nov. 6. A couple of days later, she started getting text messages from an unknown number claiming they knew where her pet was.

“They asked for a ‘reward’ if they were going to ‘go steal my dog’ from the person they said had it, and they asked for a million dollars to start,” explained Price.

When she said she didn’t have that kind of money, they then asked for $100,000 before finally agreeing on $2,000. But on Wednesday, Nov. 18, Price received another message telling her to go to an address near Skyline Park in southeast San Diego.

“They told me to look by the restrooms, and I came here thinking they decided to let my dog go,” Price said.

Unfortunately, that was not the case. She found Chapulin dead in his cage. Now Price is sharing her story, hoping to catch whoever did this to her dog and prevent others from experiencing the same type of loss.

“I’m just hoping that maybe somebody has a camera on their house that faces the street that could share some footage, somebody walking with that pet carrier or a car that came to the park,” Price begged.