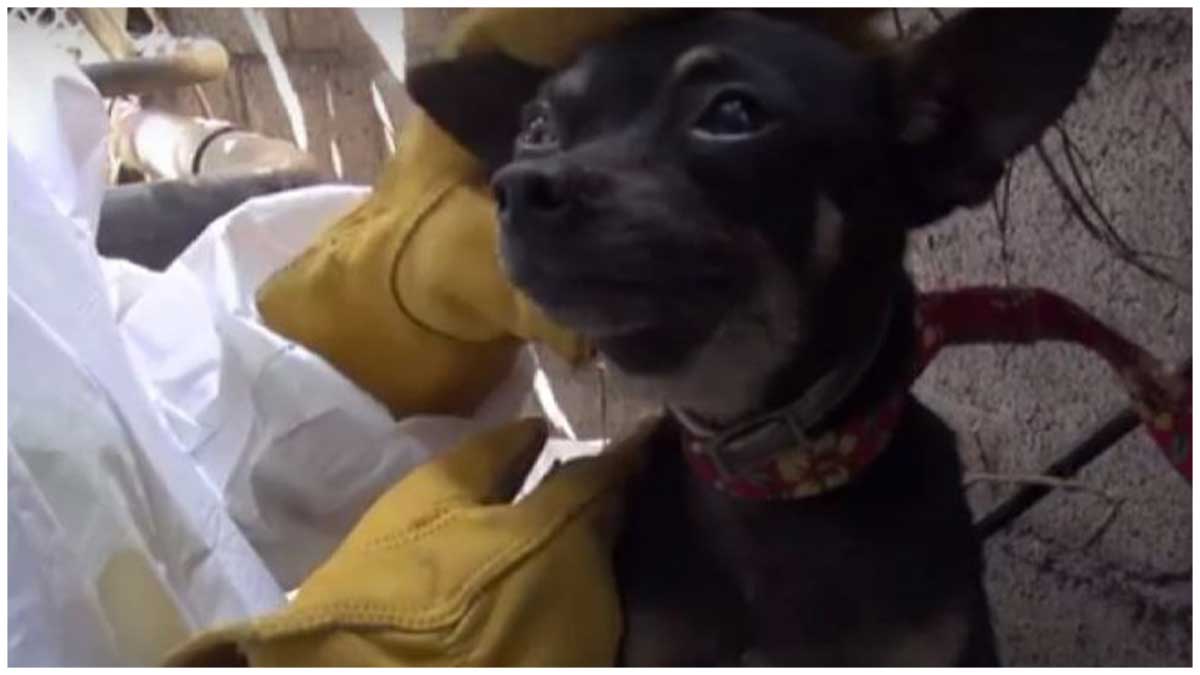 A small Chihuahua had made a trench near a biohazard disposal company his home. The Chihuahua climbs wall. Thankfully someone reported the pup to Hope For Paws and Eldad and Lisa of Hope For Paws arrived on the scene to help.

The dog felt threatened and ran up to his rescuers bearing his teeth and barking. He then fled, and they lost him. I mean, you can’t really blame a struggling pup for trying to get to safety after going through all that turmoil.

The second day after The Chihuahua climbs wall, they showed up at the trench, entering from opposite ends. Lisa had a hamburger with her and the small dog realized they were not there to harm him.

He enjoyed the food offered, then let Lisa scratch his head with a full belly. It’s easy to see the well-meaning nature of people when you’re not hungry.

He was named Angelo and taken for a vet check-up, then given a much-needed bath. Angelo is currently living in a foster home with his foster siblings, learning to make friends and learning that he is worthy of love.

Angelo is available for adoption through Shelter Hope Pet Shop.