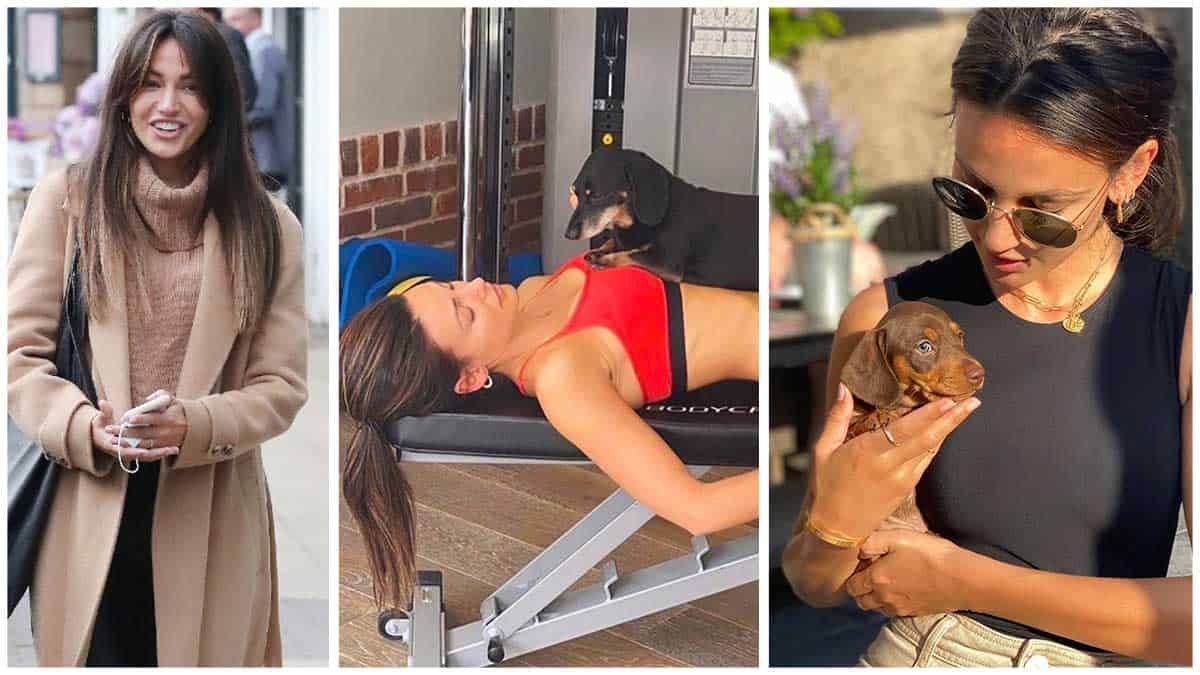 Michelle Keegan has issued a stark warning to dog owners, after her and Mark Wright’s Daschund, Phoebe, had to be rushed to the vets.

The Our Girl actress’ beloved pup managed to get her paws on a flapjack filled with raisins – which are toxic to dogs.

Michelle dashed to the vets with Phoebe, where they got her to throw up what she’d just eaten.

Everyday is International Dog Day in this house 🐾 🐾 ❤️ #internationaldogday

Taking to her Instagram Story, Michelle shared her panic. She warned other dog-owners to take notice of what their pets are eating.

She wrote, ‘WARNING. Please don’t feed your dog raisins, grapes, or any foods containing these they’re TOXIC to dogs…

‘Luckily I knew this and when I saw an empty flapjack wrapper. After I saw my dog licking her lips I knew exactly what had happened.

‘I immediately rang my Vet and they told me to bring her in RIGHT AWAY. That’s so they could give her an injection to make her vomit.’

Welcome to the family pretty girl.💚 P.S she’s my brothers puppy not mine 😭 #nelly #minidachshund

Michelle then said Phoebe was later feeling ‘a little nauseous and sorry for herself,’ but was otherwise fine.

She finished, ‘DON’T FEED YOUR DOGS RAISINS! The most expensive flapjack I’ve ever bought!!!!‘

And Phoebe seemed much better later on. She later demanded her dinner by barking at Michelle. And, Michelle laughed she had ‘some nerve‘ after the stress she put her through.

In the clip, Michelle asked her dog, “What? What do you want?”

She captioned the video, ‘She’s now demanding her dinner, after the panic, she caused me the other day!…the girls got some nerve.’

Michelle is a keen lover of dogs and regularly shares pictures of Phoebe and Pip, Mark, and her other dog, on Instagram.

She recently shared lots of snaps and videos of their Daschund and Chihuahua and wrote, ‘Every day is International Dog Day in this house.’