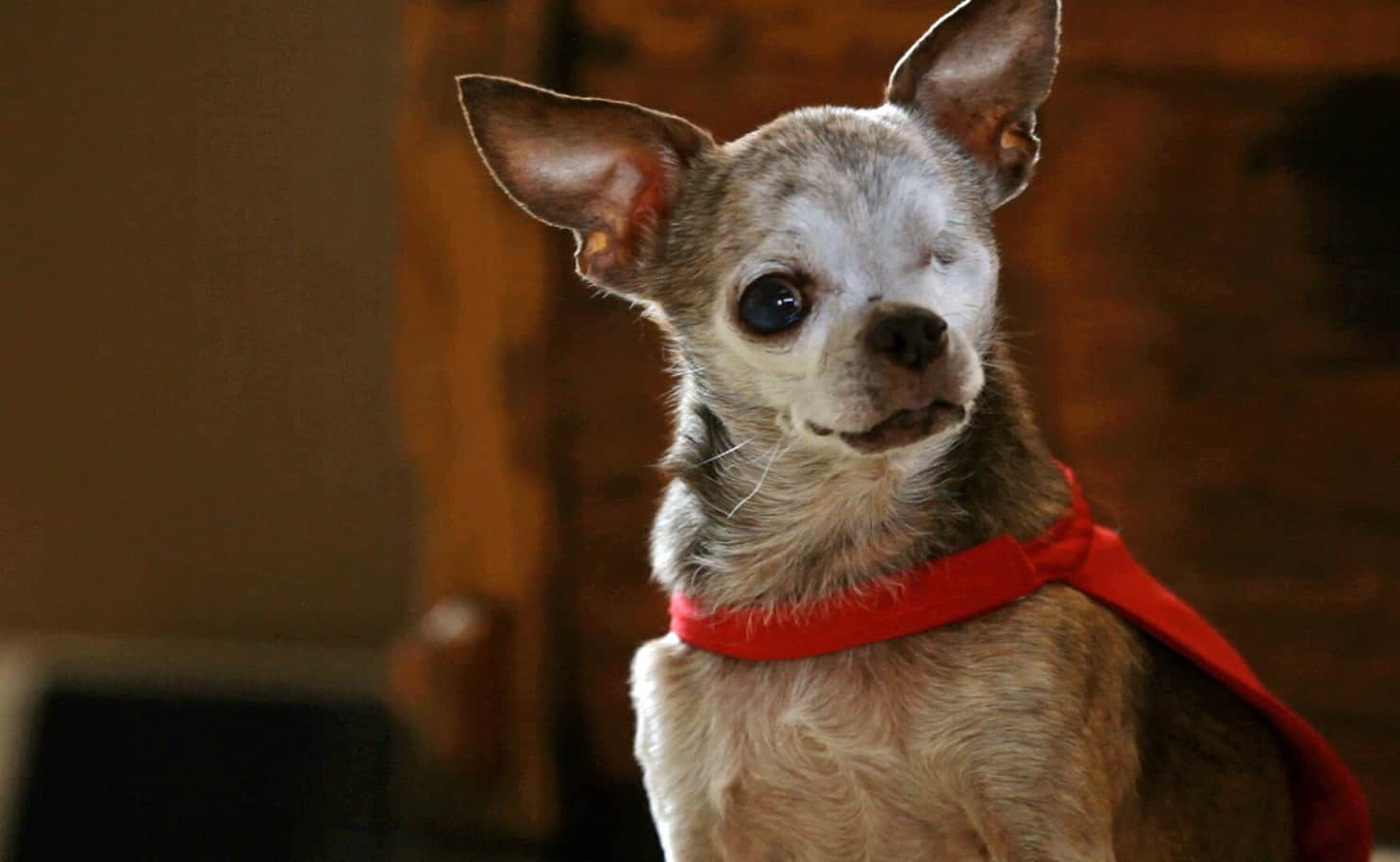 Harley the Chihuahua is the top dog in the American Humane Association contest. He was a mistreated dog.

Harley is an unlikely and mistreated dog of the year. The 14-year-old Chihuahua has one eye and a handful of other medical problems. That may seem sad, but you’ll be pleased to know that Harley didn’t let that get in the way. But he was picked this week as the top dog in the American Hero Dog contest.

Rescued after ten years of abuse in a Midwestern puppy mill, Harley has a diseased heart, a rotted mouth, a fused spine, a broken tail, gnarled toes, and deformed legs, in addition to the missing eye. He and owner Rudi Taylor of Berthoud, Colorado, have raised a half-million dollars to care for more than 500 puppy-mill dogs through the “Harley to the Rescue” campaign.

“Harley is a hero mostly because he gives hope to [solving the problem of] hundreds of thousands of dogs still living in puppy mills,” Taylor said. “He inspires so many people. It could be his imperfect look that lets people relate to him.”

The six-pounder received more online votes than the seven other American Humane Association contest finalists. The others were trained for therapy, search and rescue, and military service. The awards will be broadcast on the Hallmark Channel on October 30.