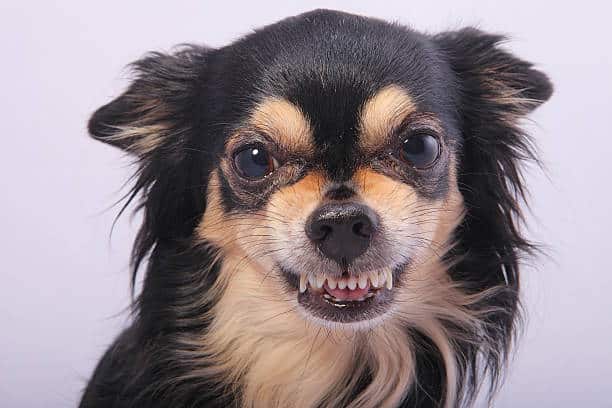 My Chihuahua is a Jerk

Imagine hearing my Chihuahua is a jerk for the first time. What would you think? Well, continue reading to find out why.

At my age, it is typical for people I know to have kids. But while high school was long ago in a time called the ’90s, that’s still where my mind is. When someone tells me they’re pregnant, I might be saying, “congrats, girlfriend!”. Secretly I’m thinking, “what in the hell is she going to do? Is she going to keep it?” This reaction could also be due to my obsession with 16 & Pregnant, but hey. I’m 30 and I can’t blame television for the fact that I think pregnancy is weird. Anyway, I’ve noticed that for some people, committing to raising children is equally terrifying. So, they raise dogs. I don’t even have my own dog. I have my mom’s chihuahua, Pee Wee Herman, and he is just like a baby. If babies were assholes.

Like a fifth child, Pee Wee gets spoiled far beyond the decent means of any seven-pound being. He has several beds — all of which are heated — and he sleeps in them (or on the couch) eighteen hours a day. He only gets up to eat or take a shit in my room and knock over my trash can, which he does daily like clockwork.

Yes, my Chihuahua is a Jerk

Pee Wee keeps a rigorous chihuahua schedule: He wakes up around 6 a.m. and is let out of his kennel to urinate (supposedly), before crawling into any one of the human beds in the house to sleep until 10 a.m. Then he eats, tears up whatever (isn’t his and) is within close range of his tiny teeth, and gets into the trash before napping for four hours. He might get up again and get walked before eating dinner at 5:30 p.m. If he isn’t “put” to bed by a human, he puts himself to bed by 9 p.m. He’s basically living the life of a freelance writer.

If he’s not growling at you because you look like an intruder (read: Anyone who makes loud noises or has a big ponytail), he’s all up in your business, wanting you to watch him dance around like the fruity little dog-being he is. He even has the ability to create a creepy, baby-toothed dog smile.

Like all chihuahuas, he has a mean side, and Pee Wee is a tricky fucker. If you go for his food or his rawhide chews, he will come at you like a psycho ex-girlfriend and puncture your hand with his miniature fangs. Or, if you decide — as I often do — to intentionally terrorize him, he will get just plain nasty. But when a dog that is a mere 112 ounces gets nasty, it is automatically funny. And no matter how much you try to piss off a baby or pretend to attack it with your hand (which you may or may not call “the claw”), it will not make you laugh as hard as a chihuahua with an attitude problem.

So, that’s why my Chihuahua is a jerk!