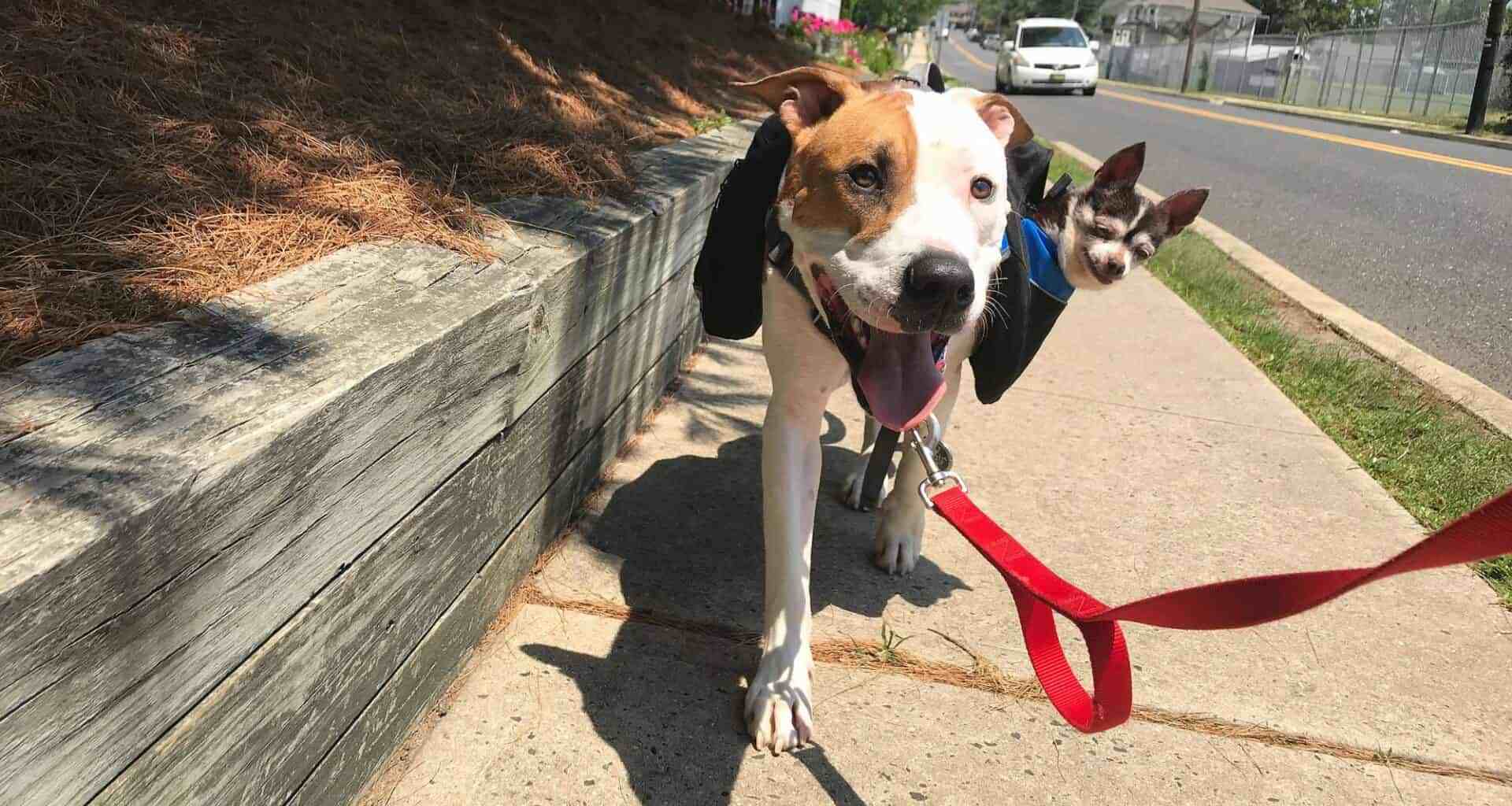 “Nurse Frank” the pit bull immediately gravitated to Tito the Chihuahua. And, he hasn’t stopped snuggling him since.

Kristina Helfer, the Adoption Foster Coordinator at Wise Animal Rescue in New Jersey, fell in love with a dog and his medical record.

“I saw his little face and plethora of medical records and my heart broke”. Helfer had this immediate impression after seeing Tito, a senior Chihuahua who has irreversible nerve damage. This damage prevents him from using his back leg, making his life infinitely hard.

Tito became homeless at 15 because his owner had to be hospitalized. So, the shelter coordinator knew that he needed a loving home and a healing touch.

Helfer brought the dog to Wise Animal Rescue and then took Tito home to be his “hospice mom”. This was through the rescue’s Lola’s Legacy program. Lola’s Legacy was created in honor of a dog named Lola with an unbreakable spirit. She was saved from overbreeding and survived under the rescue’s care for 37 days. Sadly, this was all before succumbing to the massive mammary tumors that took over her body.

Through Lola’s Legacy, Wise Animal Rescue pays for all the medical care of senior and severely ill animals. This way, they get to live out the twilight of their lives in a caring, comfortable forever home.

Tito is definitely one of these dogs. Along with the nerve damage, Tito was suffering from a collapsed trachea and an infected tumor when Helfer first found him.

After surviving treatment and surgery, Tito moved into the animal lover’s home. She shares this home with two similar-looking pit bull rescue dogs named Frank and Piper, known on Instagram as the @theyinyang_twins.

The Unlikely Bond between a Chihuahua & a Pit Bull

Piper happily welcomed Tito into the furry fold. But, it was Frank who truly gravitated toward the tiny pup.

“He has this weird intuition with dogs that are vulnerable and he takes to them,” Helfer says of the pet, whom she also calls Nurse Frank.

Even though Tito is only 6 lbs., 70-lb. Frank had no trouble getting on the little dog’s level. The pit bull immediately went on to provide the senior with the healing friendship he desperately needed.

Moments after meeting, the pair became inseparable. They can almost always be found snuggling. That’s, of course, if they aren’t on walks together. For their regular strolls, Tito, who cannot walk on his own, hangs out in the pocket of Frank’s vest.

Helfer says that Tito’s happiest moments are on these walks. When they stop at an outdoor cafe, Helfer shares a good part of her lunch with Tito.

“We are trying to do all the bucket list items we can think of,” the owner says. They have already gone to the beach, gotten ice cream, and spent a day on the Jersey Shore.

Back at home, Tito and Frank are constantly keeping tabs on each other. Frank often gets Helfer’s attention when Tito seems uncomfortable. And, the Chihuahua looks after the pit bull by licking his large paws.

Why this Friendship is so Important

It’s a friendship meant for Hallmark cards, and one Helfer hopes to encourage others. People need to adopt older dogs and dismiss the negative stereotypes surrounding pit bulls.

Many are embracing the pair as a new power couple after a meme featuring Tito and Frank was posted by Hoboken Girl. After that, Helfer says her whole world exploded, in a positive way.

She is ecstatic to have the opportunity to share Frank and Tito’s story with the world. She also hopes to meet some of the pair’s real-life fans when she and Wise Animal Rescue will be celebrating Tito’s 16th birthday.